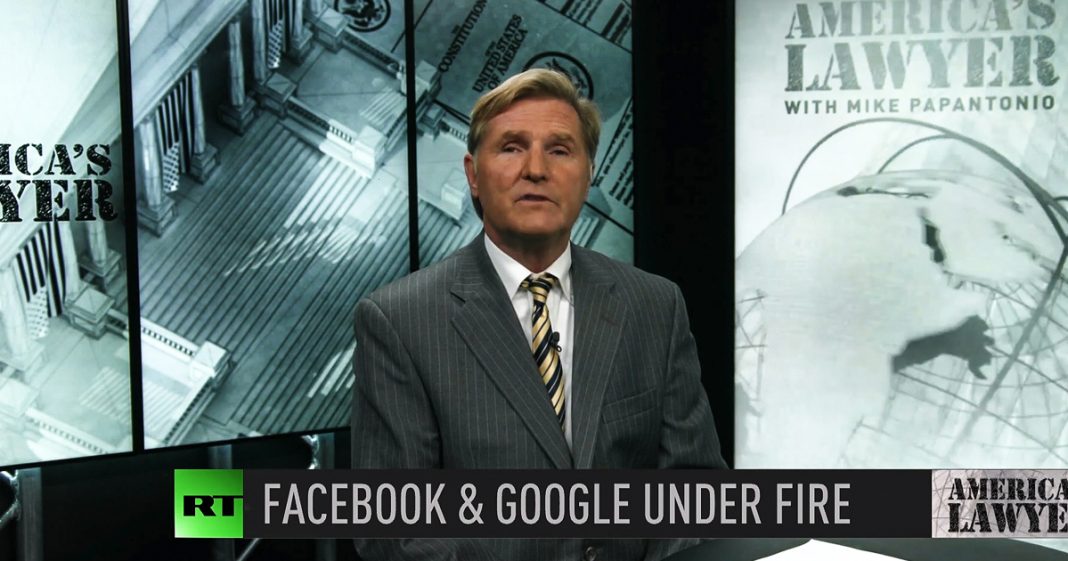 Via America’s Lawyer: State attorneys general have announced massive investigations into both Facebook and Google for violations of antitrust laws here in the United States. Mike Papantonio explains more.

And finally night’s some good news. State attorneys general have announced massive investigations into both Facebook and Google for violations of antitrust laws here in the United States. Eight attorneys general have joined up to take on Facebook. All 50 attorney generals have joined to fight Google. The investigations stem from evidence that suggests that both Facebook and Google are stifling competition by torpedoing startup companies, offering more expensive services than other online outlets while also providing worse service and for enriching themselves at the expense of our own privacy by selling our data without our permission.

These investigations are long overdue, but they also show us how bad our regulatory infrastructure really is. These tech companies grew into giants right in front of our noses and regulatory agencies in this country did nothing, nothing at all to stop their abuses as they continued to grow. With any luck, these investigations are going to turn into antitrust lawsuits, which is necessary. That’s going to bring a little bit more balance to the Internet.

That’s all for tonight. Find us on Facebook @facebook.com/rtamericaslawyer. Also follow us on Twitter @americaslawyer, and you can watch all RT America programs on Direct TV, Channel 321 and stream them live @youtube.com/rtamerica. I’m Mike Papantonio, and this is America’s Lawyer, where every week we’re going to tell you stories that corporate media is ordered not to tell because their advertisers simply won’t let them. Have a great night.