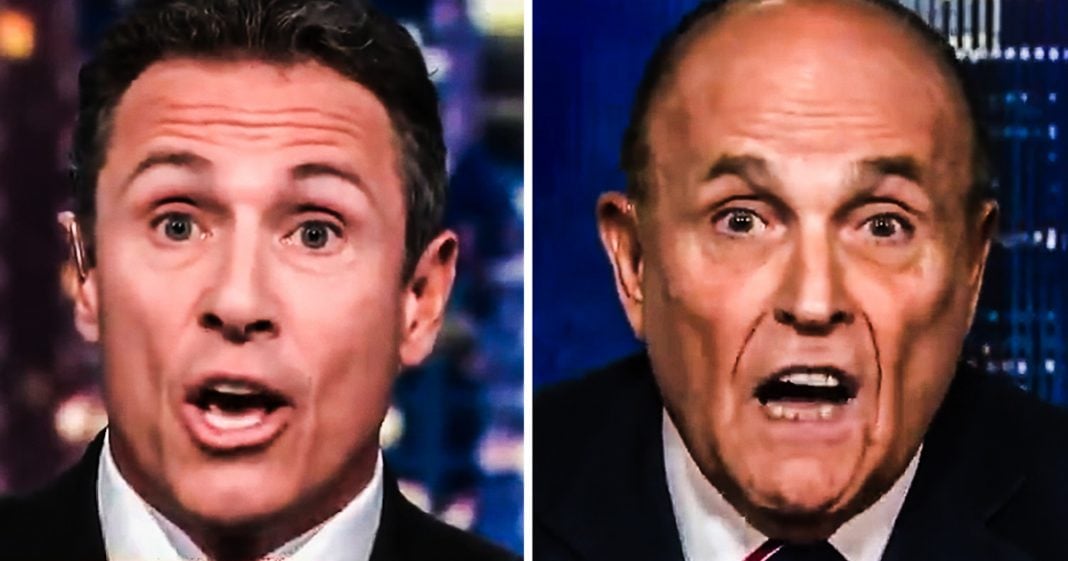 Rudy Giuliani appeared with CNN’s Chris Cuomo to discuss what Giuliani believes to be the biggest news story on the planet right now. Unfortunately, Rudy got caught lying by contradicting himself in the same breath, and when called out by Cuomo, Giuliani went completely berserk. Ring of Fire’s Farron Cousins discusses this.