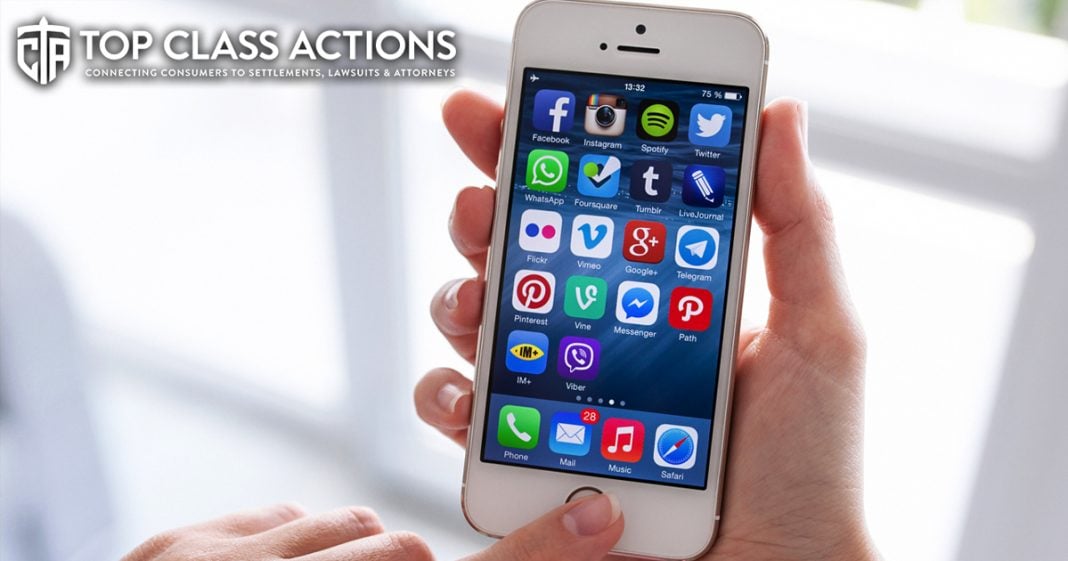 A class action lawsuit has been filed against Apple and Samsung from consumers who claim that iPhones and Galaxy smartphones emit more radiation than is allowable by law. Eleven plaintiffs allege that the cellphones exceed the maximum limit allowed for radiofrequency (RF) radiation exposure. Ring of Fire’s Farron Cousins discusses this with Scott Hardy from Top Class Actions.

Farron Cousins:                  Several years ago, a big issue kind of, you know, came into the public spotlight and then died off a little bit and that was the issue of do cell phones cause cancer because of the radiation that they emit? And a lot of people at the time thought, no, this is preposterous. Cell phones don’t emit radiation. Well, it turns out they do. Cell phones definitely do emit radiation, but don’t worry folks, most of it is slightly below the level of radiation that the federal government says is okay for your body to absorb at any given time. Unfortunately, that’s still a heck of a lot more than you should be exposed to and a lot more than the cell phone companies want you to think you’re being exposed to.

Joining me now to talk about this is Scott Hardy with Top Class Actions and Scott, that’s pretty much what we’re looking at here right now. You know, cell phones, yes, they do emit radiation because of the radio waves coming and going from the phone, but they want to say, well, no, we’re low radiation phone. We’re not dangerous radiation phone. But in fact, you’re pretty much hugging the line of what’s really acceptable. Some of them have crossed over. So tell us what’s happening.

Scott Hardy:                          Right, and so as you said, we know that these, any electronic you’re going to use, basically it’s going to emit some kind of radiation. And when you’re using something that’s com, that’s transmitting over a wireless network, which of course a cell phone is, it’s transmitting some radiation. But what is the safe level? As you said, with, with, there have been multiple tests and some of these phones are still under the level while United Nations has said, no, actually these are, some of these are over the level and you need to fix it. But what are we going to do? Well, we used to go ahead and say, just to be safe, you know, use an earpiece, use an earpiece, keep your phone away from you.

But if you use an earpiece, your phone’s probably in your pocket near very important parts of you. So it’s still quite close to you. And how can these cell phone manufacturers actually adapt? Is there some shielding they can put in place? Obviously you don’t want to have a pound of lead shield on your phone to help protect against radiation. But what are some ways that they can do it? When we’re seeing that the FCC, that the limits imposed by the, imposed by the FCC are sometimes being exceeded by 500%. We need to figure out what’s going on or else we’re going to have a problem in 5 or 10 years as this prolonged exposure continues to happen.

And especially as you know, cell phones are ubiquitous. Now you could have a cell, you, you carry it everywhere. You have a watch that has a cell phone built in. You have all of these things that are transmitting this radiation, but we still don’t know the extent of the damage it could cause and we need the government to step in there and start doing some enforcement. Or that’s why these class actions popped up is because the government’s simply not doing it.

Farron Cousins:                  Well, you know, and that’s, that’s a big part of the thing that you mentioned there, these cell phones have just become a part of us. You know, it’s on a watch and that watch you’re wearing, you know, pretty much the entire time you’re awake. Some of them even have the apps built in to track your sleep. So you’re wearing this thing, you know, basically 24 hours a day with the cell phone. You’re not only using it to make phone calls, you’re, you’re checking your social media, you’re checking your email, you’re playing games, all of which are sending and receiving data, you know, every second.

So it’s not just like 10 years ago when you had a phone and oh well I’m only using it to make calls. I occasionally have it in my hand or my pocket. No, this is something that is essentially nonstop coming and going with the data and the radiation from it. So you have to take that into consideration too. Yeah, maybe you’re just slightly below the legal limit, but your body is also being exposed to that around the clock every single day of the week.

Scott Hardy:                          Exactly, and that makes me concerned. You know, right now today I daughter Aubrey is home sick from school. And so it’s not like the days when you and I were home sick and we were just watching Bob Barker and the Price Is Right, sitting on the couch. No, she’s sitting on the couch with her iPad on her belly as she’s watching videos and playing games. So, you know, how much, how much radiation is that iPad putting out? I want to know these things and now I’m going to dig into it because we need to figure out a safe way. Is it no longer safe for her to sit there on her iPad on the, on the couch, on her tummy? Does she need to go and put it at a hand-width’s away so some of the radiation bleeds off? I don’t know, but we need to dig into it more.

Farron Cousins:                  Absolutely, and as you mentioned, you know, cell phones manufacturers, they do have a way they can do a little bit more to help limit this, but overall you’re not going to completely do away with this exposure. So they’ve got to figure out a way to at least lessen it to the point where it’s not going to cause any harm. And, and I think that’s what these lawsuits that are happening right now, that’s what they’re aiming to do. It’s not saying we’re going to sue you because I’m now, you know, radioactive, it’s, hey, prolonged exposure to any form of radiation is not good for the human body. Do Better. Right? I mean that’s, that’s basically what these lawsuits are trying to tell these companies, do better. Fix this before it becomes a massive liability for you.

Scott Hardy:                          Exactly. You know it’s a problem. You’re, you’re spitting out millions of these a year. Help us out. Help out your end client and either reduce the radiation they’re emitting, add some shielding, do something to make sure that you comply with the FCC guidelines and communicate that with your end user, so we feel safe about this ubiquitous product we use everywhere.

Farron Cousins:                  Absolutely. For more information about this, please follow the link in the description of this video. Head on over to Top Class Actions and why are there make sure you sign up for their weekly newsletter. Scott Hardy with Top Class Actions. Always a pleasure talking to you.