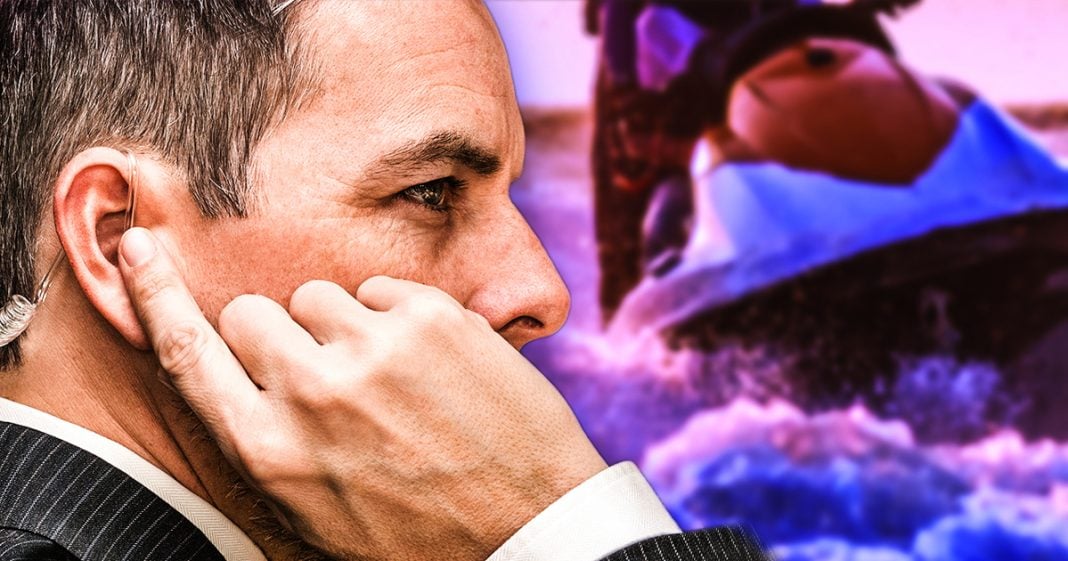 Secret Service agents have submitted a formal request to purchase jet skis in order to protect Trump’s family down at Mar-a-Lago. So far, these agents have actually had to rent jet skis and pay out of their own pockets, often being reimbursed. The Trump family’s outings are costing us millions of dollars, as Ring of Fire’s Farron Cousins explains.

*This transcript was generated by a third-party transcription software company, so please excuse any typos.
The United States secret service is tired of having to pay out of their own pocket to rent jet skis in order to protect Donald Trump’s family when they’re up in the Hamptons or down at Mara Lago in south Florida, because apparently that’s what’s been happening. Now we know that Donald Trump and his kids go on these lavish trips. They have the secret service with them all the time, and the secret service is racking up huge bills, mostly at Trump owned properties. But today I was unaware of the fact that secret service agents were having to pay out of their own pockets to rent jet skis to go out there on the water and protect Donald Trump’s family. So the secret service says, you know what, how about you just let us buy some jet skis so that the rescue swimmers part of the secret service who protect Trump’s family when they’re out on the water so that they can be out there and not have to pay out of their own pockets to risk their lives to save your piece of crap family. That’s what the secret service wants. So they have submitted a formal request for to Kawasaki Jet Skis and of course a dual trailer to haul them. And to be honest, at first when I saw this story, I thought it was absolutely ridiculous, right? But the secret service wants to get their hands on some fancy little jet ski so they can go around and help protect Trump’s family. But that was before I understood the fact that these people were paying out of pocket to have to rent these stupid things. That is absolutely disgusting. You’re telling me that the Trump family doesn’t have a couple of spare jet skis or can’t afford a couple of spare jet skis for these rescue swimmers to ride around on you telling me that nobody at Mar-a-lago has some jet skis lying around that these folks can use to protect Donald Trump and his family. Hell, when Barack Obama and his family used to go to Hawaii, you know what the secret service did? They worked with local law enforcement and they just used their jet skis because those of us who’ve lived along the water our entire lives understand that we do have coast guards. We also have law enforcement agencies, local police departments that actually have those things because they use them quite regularly. So when a president comes in town, you would think the local police uh a station. We’d be like, Hey, you know what? Maybe use our jet Ski. So you find men and women of the secret service don’t have to pull out your personal debit card and swipe it down there at the jet ski rental place. This is sickening. You know, I, I’m not opposed to the secret service purchasing these jet skis because these people shouldn’t have to be paying out of their own pockets in order to protect these morons. But that is their job. Their job is to protect them no matter how we feel about them, these people, no matter how they feel about them, they got to do whatever it takes to keep these people safe. And unfortunately right now the biggest thing it’s taking to keep this Trump family safe is them having to spend their own money while at the same time using a hell of a lot of taxpayer dollars at Mar-a-lago to rent golf carts, to run hotel rooms, to buy food. All of that money, by the way, all goes back into Donald Trump’s pockets, which is why it is infuriating that our tax dollars would have to buy these jet skis when it’s pretty obvious that Trump could spring for the jet skis himself, probably could get them a few more than two if they really wanted them. Considering all the money he’s pulling in from secret service agents having to use our tax dollars at his resorts.