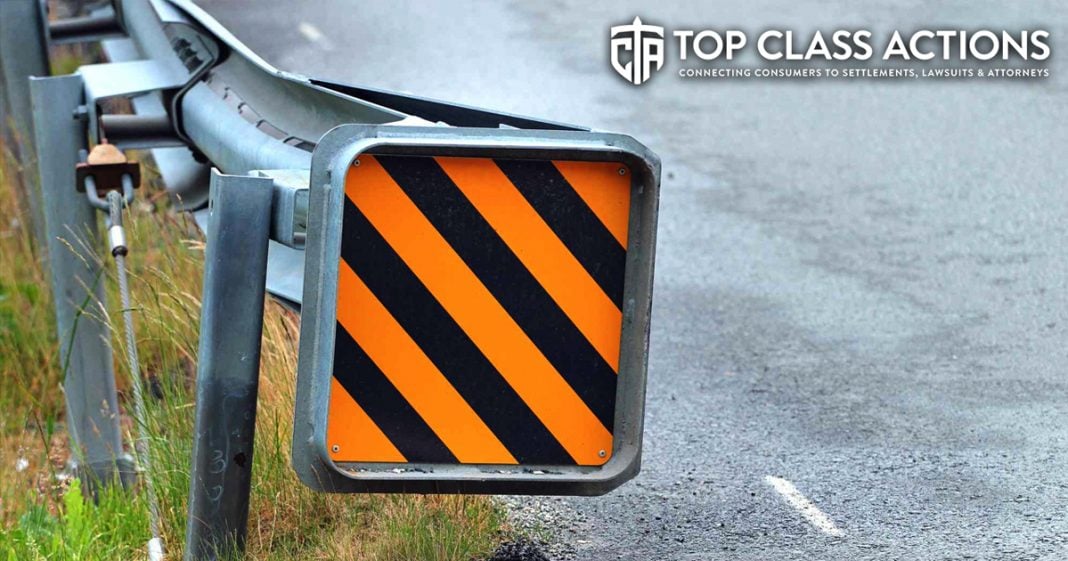 Highway guardrails are supposed to be designed so that if a vehicle hits the end of the guardrail, called the “rail head” or “end terminal,” the metal will peel off the posts it is attached to and away from the vehicle. Trinity Industries, a manufacturer of guardrails for roads across the country, allegedly redesigned its highway guardrails in 2005 without notifying the Federal Highway Administration (FHA). In the modified version of the highway guardrail, Trinity Industries reportedly shaved an inch off the guardrail head, causing the metal to impale cars upon impact instead of peeling away. Ring of Fire’s Farron Cousins discusses this with Scott Hardy from Top Class Actions.

Farron Cousins:                  Those of you who have been fans of Ring of Fire for years, probably remember us talking about four or five years ago about something called Trinity guardrails. Now Trinity is a company that makes those guardrails you see along the highway, those little silver things and a lot of people wonder what exactly is the point of that? Well, the point of it is to basically make sure that a vehicle doesn’t go careening off of the road. Those guardrails are there to help absorb the impact and protect the people in the vehicle. But the Trinity guardrail has been having problems for quite some time now because they redesigned their product and that redesign has essentially turned this thing into something that could easily kill and has killed multiple drivers across the United States.

Joining me now to talk about this is Scott Hardy with Top Class Actions. And Scott, many years ago, we did several segments on Trinity guardrails. I believe it was with David Haynes from the Cochran firm in Washington DC. And it shocked me, you know, when, when, when you sent me this story that this was something that has not yet been resolved. I mean, again, we were talking about this five years ago and here we are having to continue to talk about it because it’s still out there and it still is a deadly threat to drivers on the road. So tell us, you know, give us the brief rundown of what’s actually happening here.

And that went from being a safe guardrail to one that is deadly and is literally opening up cars like a can opener and causing just massive and horrific injuries. Now as you said, this is something that has been reported on years ago, but unfortunately state governments move slowly and when you have tens of thousands of these guardrails out there, some of these things have not been replaced yet.

So that means that you have unsafe guardrails all over the country, which if you are unlucky enough to hit, then you could very well die because instead of exploding open like a banana peel, instead of compressing and guiding your car along the guardrail, they’re just sitting there and acting like a knife into hot butter, cutting into your car and just wiping out and cutting through anything that it comes in contact with.

Farron Cousins:                  You know, I, I’m glad you used that metaphor because I was actually about to bring that up. That is exactly how the lawyers who were not just handling the cases, you know, they, they went out there, they saw the damage, they had the pictures. And that’s what happens. It crumples to the point of basically just creating a giant knife that slices right through the vehicle and any passenger who happens to be in the way of that knife, I mean there’s absolutely some, some horrifically gruesome pictures of what has happened to the drivers who have been killed by this.

So, so what do consumers, you know, drivers here in the United States really, what do they need to know right now? I mean, how, obviously this is not something, they can’t, they can’t go and return their guardrail. So how do we protect ourselves in this situation?

Someone may have been, you know, they, they might have, have literally lost their head by having being cut off by a guardrail. So you need to take a look around and make sure that the attorney you’re working with dug into this. You know, you can do this through Top Class Actions. If you already have an attorney talk to your attorney. But, these Trinity guardrails, there are tens of thousands of these out there and unfortunately, you’re just not gonna know because you’re not going to walk out there, every guardrail you drive by and hop out there with a measuring tape and see what it actually is.

Farron Cousins:                  Absolutely, and if anybody needs any more information about this issue, please do follow the link in the description of this video. Take you to Top Class Actions they have, everything you need to know right now with regards to these Trinity guardrails. And of course, while you’re there, make sure you sign up for their weekly newsletter. Scott Hardy with Top Class Actions. Thank you very much for talking with me today.