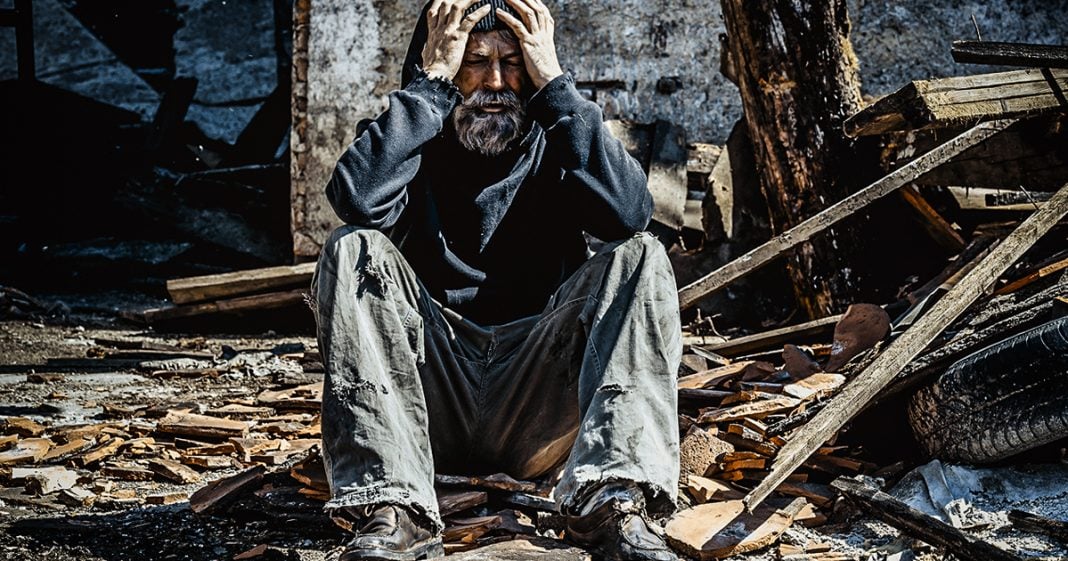 According to new reports, climate disasters have already displaced 7 million people across the planet this year. This is a crisis that is happening right now, not a far off threat that we can continue to ignore. Ring of Fire’s Farron Cousins explains why we have to start taking this problem seriously.

*This transcript was generated by a third-party transcription software company, so please excuse any typos.
In the first six months of the year, 2019 11 million people across the globe were displaced from their homes. 7 million out of that 11 million were displaced because of natural disasters and other weather related events. Also, good way to categorize that would be extreme climate events for 7 million people out of their homes in the first six months of this year, so we’re averaging for those keeping track little over 1 million people every month so far being forced out of their homes due to climate change. The other 4 million, actually it’s 3.8 million were displaced because of violence and conflicts in their region, which also some of those conflicts were spurred on and made worse by climate change. As we have talked about many times here you have the issue of resource scarcity, which always breeds conflict. We’ve seen it in South and Central America, we’ve seen it in parts of the Middle East and that is what we’re seeing again now with some of these people being forced to flee their homes. Now some of the people who have had to flee their homes because of these extreme weather events have been able to return. Most of them have not. But this is the point that anybody who saw Al Gore’s a, an inconvenient truth knew about. When did that come out? 2005 2006 one of those. So we’ve known about this for well over 13 years that climate change is going to create millions upon millions of refugees. And part of the problem with this is these are not slow refugees. It’s not a few here, a few there. Over the next few years, these are sudden look at what just happened in The Bahamas. That was a sudden influx of refugees. Of course, only the ones that Donald Trump and FEMA decided to let come into this country. But eventually it’s gonna come to a point where there’s just too many. We can’t stop not saying we should try to stop them either. We’re part of the problem. We helped cause this as a country, as a nation, as a subsidizer of fossil fuel companies. This is on our shoulders. We kind of owe it to these people to protect them when their homes, the places they’ve known for generations, get destroyed because of the climate change that we’re making worse today. So yes, we should help them. We should take them in, we should do whatever it takes, but at the same time, that’s gonna put the United States at a bit of a tipping point depending on how many folks be taken. Yeah, we can also experience resource scarcity because we’re also experiencing climate refugees, not outsiders coming in, but insiders having to move even further inside. We’re experiencing property loss because of climate change. We’re these extreme weather events, the fires, the floods, the droughts, the hurricanes, all of it. We’re having that here too, and we’re already a little bit strained. So when we get these influxes of people, whether it’s here in the United States, whether it’s over in Europe or in China and Russia, things are going to get bad and that’s going to breed conflict. The good news about all this is that it’s still is not too late, and that’s what drives me crazy about these stories. We always have to talk about the worst case scenarios because in many instances like this, we’re living part of those worst case scenarios that we were warned about over a decade ago, and we still sit on our hands and do nothing. We have a man sitting in the White House today watching Fox News, who believes that climate change is a Chinese hoax, doesn’t think it’s real. He has surrounded himself with other Republicans who deny the science telling us that man is making the planet worse and we can fix it. We still have the time, but every day that passes with Republicans in this country in power is another day that we lose to take action.