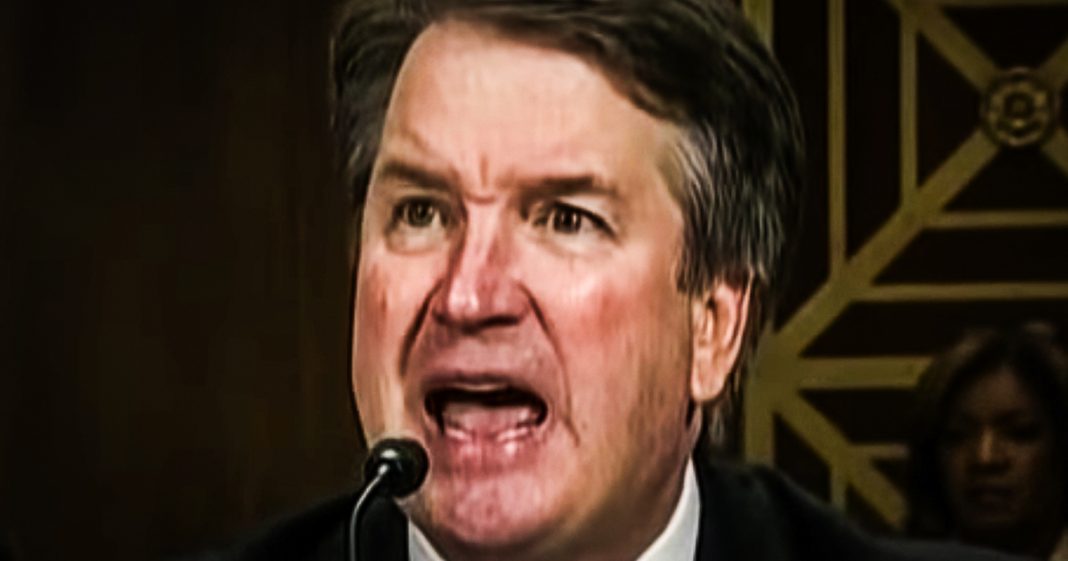 Supreme Court Justice Brett Kavanaugh may have escaped the kind of scrutiny that was warranted for a SCOTUS judge during his confirmation, but that doesn’t mean that he’s off the hook. Calls of his impeachment became deafening this past weekend after new allegations came out in the form of a lengthy New York Times investigation. If these allegations are true, then Kavanaugh committed perjury during his confirmation and can be impeached. Ring of Fire’s Farron Cousins discusses this.

*This transcript was generated by a third-party transcription software company, so please excuse any typos.
Over the weekend, a massive news story from the New York Times dropped implicating Brett Kavanaugh supreme court justice of little under one year implicating him and even more sexual misconduct. Now before we get into that and get into the analysis of it, it is important to point out that the New York Times this morning did come out with a correction and admit that the woman that, uh, witnesses say Kavanaugh, uh, assaulted or harassed, she doesn’t recall any of it, but there’s a pretty good reason why she wouldn’t recall this specific incident in question. And it’s because she was passed out. I don’t know about you, but I typically don’t remember things when I’m unconscious. And that’s the same thing with this woman. She’s not denying that it happened. She’s not confirming that it happened. She’s just saying, I don’t know if it happened. I wasn’t conscious at the time. And that allegation of course, is that Brett Kavanaugh at a drunken frat party, pulled his pants down and stuck his penis in the girl’s hand. That’s what allegedly happened. The witnesses who spoke to the New York Times say that, yes, this happened. And of course there were even more allegations, or I guess corroboration at this point of Mrs. Ramirez, a story who also along with Dr. Ford had come out, uh, during Cavanaugh’s testimony and said that he assaulted them. This one did not focus on Ford. It focused mainly on Ramirez and according to the people who also were able to corroborate Ramirez story of ah assault slash harassment from Brett Kavanaugh. Um, they also said, hey, one of them, uh, Mark Stier runs a nonprofit in DC, said I went to the FBI because I saw it happen. And I told them that had happened and they didn’t care. It was also revealed that the FBI apparently failed to interview at least 25 different people who were witnesses to these events. So the New York Times confirmed that yes, there’s even more allegations against Brett Kavanaugh right now he did even more disgusting acts than we knew about. They also confirmed that yes, the FBI investigation into Kavanaugh was an absolute and complete sham. They ignored the witnesses just like the Republicans did during their confirmation hearing. And to sum it all up, Brett Kavanaugh likely also committed perjury. But here’s the thing about the perjury. We already know. We know for a fact Brett Kavanaugh had already committed perjury. He lied about his contacts with William prior from, I think it was 2004 when George W. Bush appointed him, uh, Kevin Hall said he wasn’t involved in any of that at all, except that the emails show that he 100% was and he was emailing other members of the Bush administration, hey, how’s it going with Pryor? He knew about it. He lied about it. That’s perjury. He also lied about the fact of the stolen Democrat emails and files that he said, no, I never got them except that again, quite literally the email show that he got them and he forwarded them. So he lied about that on those two facts alone, Kevin all should be removed from the bench immediately and prosecuted. So we know that that perjury already happened. That is conclusive. We know it. It’s done. Except of course he hasn’t been held accountable. The new perjury comes from the fact that NBC news a while ago had actually uncovered text messages between Brett Kavanaugh, Brett Kavanaugh’s people, and then other groups where they were talking about how to fight. Mrs. Ramirez is story before Ramirez ever came out publicly and why is that important folks? Well, it’s important because during his hearing, Kavanaugh said, I just learned about these Ramirez allegations when they were reported in the New Yorker recently, except again the text messages from Kavanaugh and his advisors or staff or whatever they are, show that all of them were involved in a counter response effort before anyone else in this country knew that Ramirez was coming forward with these allegations before the New Yorker piece. So Kavanaugh lied about that as well. But it also begs the question, how did he know Ramirez was going to come forward with these allegations? How did he know this was a thing that was happening? Is it because he did it and he knew that if one person, Dr. Ford came forward soon, the rest of them would too. That’s my guess. And again, at this point it’s just a guess, but based on all of the available evidence, that’s a pretty solid hypothesis. Kavanaugh and his team knew these allegations were coming. Nobody else in the public did, and the best way they could know that they were coming is if Kavanaugh knew that he had actually assaulted this woman. Brett Kavanaugh has no place on the United States Supreme Court, and in time this man is going to be removed. He is not going to be able to escape out all of these allegations. He is not going to be able to escape all of this perjury. It’s just not humanly possible. Now, it may take some time. Hell, it may take six years, but eventually this man is finally going to get exactly what he deserves and be removed from not just the Supreme Court bench, but from any future bench in this country.