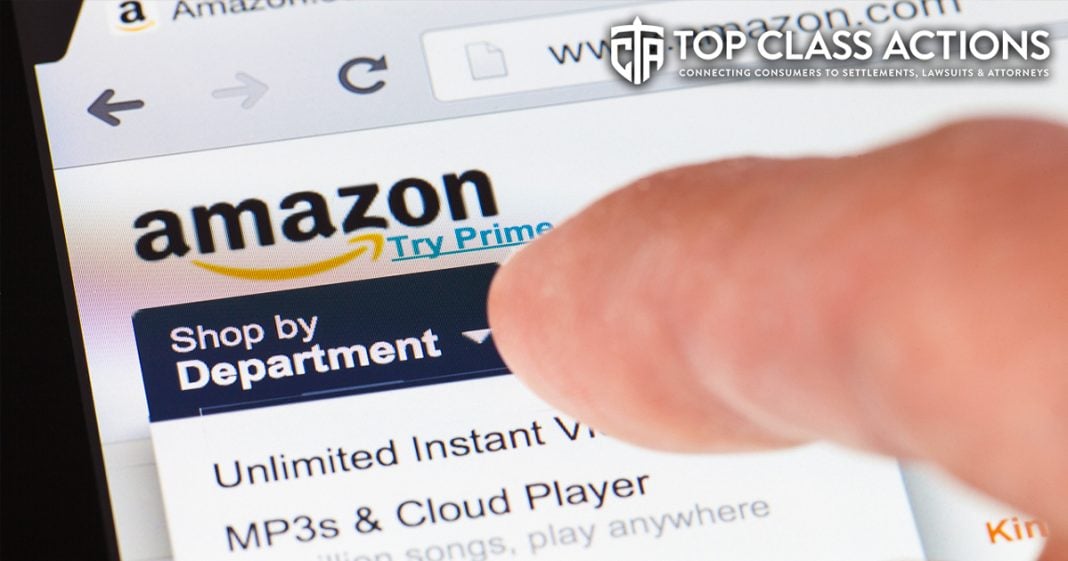 A class action lawsuit claims that Amazon sells recalled and dangerous items on its website. Plaintiff Ryan Edmundson says he purchased numerous items from Amazon that have been recalled, but were nonetheless sold on the site. He says that he purchased Numb-ify Numbing Cream 5% Lidocaine Extra Strength Anesthetic and the Gillette Simply Venus 3 Blade Disposable Razors 4 Each (Pack of 9) from a third party seller via Amazon. However, both items have reportedly been recalled and Amazon did not notify Edmundson that they had been recalled. Ring of Fire’s Farron Cousins discusses this with Scott Hardy from Top Class Actions.

Farron Cousins:                  It’s no secret that Amazon has a lot of problems, most of which stem from the way in which they treat their workers. But a lot of us still shop on Amazon anyway and we assume that if we buy a product on Amazon, you know, they’ve got a pretty good return policy, we’ll be able to send it back. They’re not going to sell us anything that’s, you know, faulty or defective without reimbursing us. But unfortunately, according to recent reports, Amazon has actually been selling a lot of recalled products that are essentially either useless or have been found to not do any of the things that they claim to be able to do.

Joining me now to explain what’s happening is Scott Hardy with Top Class Actions. And Scott, this is a pretty interesting one. I mean, Amazon has a pretty good return policy on most items, but this isn’t necessarily about, oh, the product I got, you know, this particular one was bad. This is dealing with Amazon is actually selling products that have been basically kind of pulled off the market due to recalls, leaving consumers without much recourse here. So, so tell us what’s happening with this one.

Scott Hardy:                          Right, exactly. You know that that’s, Amazon has been great about when they sell you a product that’s been recalled or that there’s some kind of issue with, they obviously have your information, they email you, they say there is this issue, we want you to be safe. But because now Amazon allows people to resell products on their website, that safety has been thrown essentially out the window according to this class action. This lawsuit says that 4,152 items were for sale on Amazon that had been declared unsafe by federal agencies that are deceptively labeled or that are banned by federal regulators.

And unfortunately if you buy one of these products, which obviously if it’s been recalled, if it’s been banned, you know, Amazon shouldn’t be selling these things and shouldn’t be allowing people to resell these items that they have gotten their hands on. But they are and that could be a very big safety concern when you have thousands upon thousands upon thousands of these products out there that could be quite unsafe. I mean we, you and I talked about baby sleepers, these inclined sleepers that were recalled.

What if you’re on Amazon, you go ahead and buy that inclined sleeper and your baby dies? You know, these kinds of things can happen when you don’t have any control over what you’re selling or don’t care as long as you get your percentage, which is essentially what this class action is alleging.

Farron Cousins:                  And that’s really disappointing too because it shows a lot of failure on the part of Amazon. You know, they, they could police these kinds of things. They could force every product to, you know, go through, we have to approve it before you can put this on here. And it can be something as simple as we’re going to run it through a recall database and see if this product you’re trying to sell is on here. And if it is, guess what? You can’t sell it. I mean, that’s, that’s fairly simple. And when you consider the manpower that Amazon has, the technology that they have for them to act like this is something they can’t do is absolutely preposterous here.

Scott Hardy:                          Right. It really is because they’re having to enter this data into their database to obviously get on the website and so it, adding an extra step, like you said, or you’re just doing a search and saying, is this product valid? That while, while it adds a few seconds of time, which adds up when you’re doing thousands of products, it’s essential if it’s going to actually matter to the safety of their clients and their customers. And Amazon needs to go ahead and add this technology because as the class action states, they are putting their customers in danger by selling these recalled products.

They’re recalled for a reason. The manufacturer has pulled them off and said these are unsafe. The federal government has banned some of these products, says no, you should not buy these. They may hurt you. So why isn’t Amazon taking that extra step and why wouldn’t they just make it a lot easier and make it very black and white and bright when you are not buying something straight from Amazon?

I have problems all the time, just had a couple of weeks ago where we ordered some things from Amazon and we got them, we were expecting new products and all of a sudden there are these refurbished boxes that arrived. And the product was literally shaking around inside. You could hear it knocking around and I went, what the heck? I thought I was buying a used product and then we looked at it and in the little small print it said it wasn’t sold by Amazon it was sold by a reseller.

Farron Cousins:                  Yeah, and so for right now though, unfortunately it all falls on the consumer. You know, now, now we’re the ones that have to go through and do all these extra steps because the, the corporations, the companies, they’re not doing them. So, I guess, you know, the best piece of advice right now for anybody, you know, buying stuff online, especially from a seller like Amazon who is also a reseller. And we see other big box stores doing this all the time now too. But, you know, if you have any doubts about the product, please just do a quick Google search, the product name, type in recall after that, you know, that should help guide you to where you need to be to find out if there are any recalls or if there are any problems with the product. Another helpful thing to do by the way folks, is type in the name of a product and then type in lawsuit or settlement behind it as well to find out if this thing you want to buy is already subject to some kind of a class action lawsuit, if there was already a settlement with it.

Because if it is, you probably want to go with something else and that applies just to what you see on Amazon. But, you know, any kind of purchase like that you’re making. You know, Scott and I, you, you’ve, you and I have talked about washing machines. You know, we’ve talked about major appliances too. So this is everything from, as this lawsuit says, you know, a couple of, you know, bottles of lotion all the way up to, you know, appliances that could cost you thousands of dollars.

Farron Cousins:                  Absolutely. For more information about this particular issue, follow the link in the description of this video. Head on over to topclassactions.com and while you’re there, make sure you sign up for their weekly newsletter. Scott Hardy with Top Class Actions. Always a pleasure talking to you.