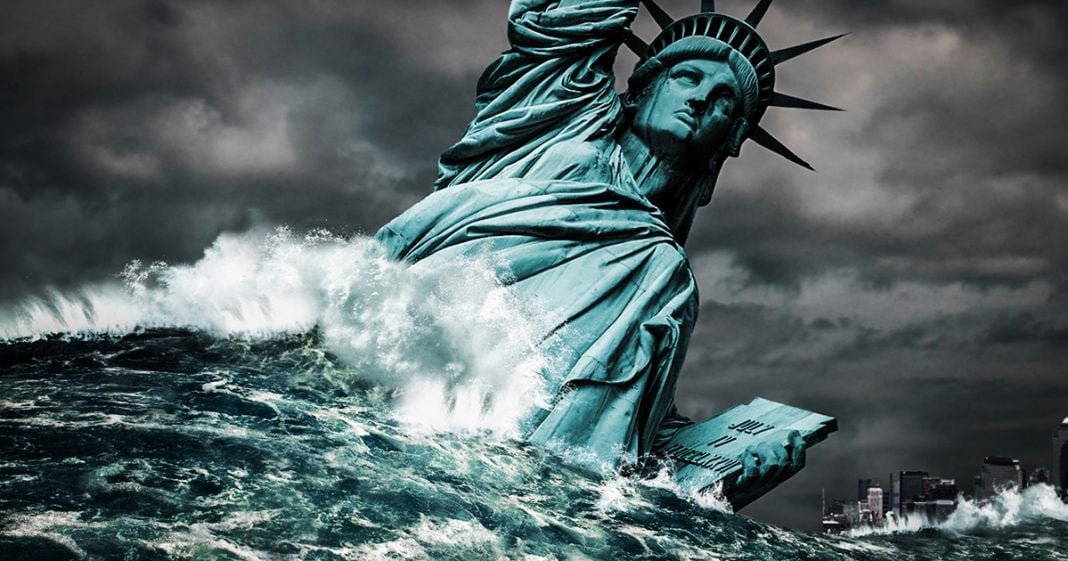 According to UN Rights Chief Michelle Bachelet, there is no greater threat to human rights across the globe than climate change. Citing the wars taking place in areas of the world where climate change has created resource scarcity, Bachelet warned that climate change needs to also be treated as a human rights issue. Ring of Fire’s Farron Cousins discusses this.

*This transcript was generated by a third-party transcription software company, so please excuse any typos.
Earlier this week in Geneva, the UN rights tree from Michelle Bachelet had this to say, “the world has never seen a threat to human rights of this scope. The economies of all nations, the institutional, political, social and cultural fabric of every state and the rights of all your people and future generations will be impacted by climate change.” So the UN rights chief is telling us, warning us that there is no greater threat to human rights across the globe right now than climate change. This is one of the ways in which we have to start framing the climate debate. And this is what we’ve been saying for a very long time. It can’t just be, we have to protect the environment. Republicans don’t care about that. A lot of people unfortunately don’t care about that. So you start breaking it down into other issues that they can understand and issues that do impact them.
We’ve focused a lot on the economics of climate change and how it’s costing us tons of money. We focused on the health issues and now it’s time to also focus on the human rights issued. Um, this UN chief also pointed to the fact that you have wars happening right now across the globe. You know, conflicts happening that are the result of climate change. Because again, as I’ve said Ad Nauseum, resource scarcity creates conflict and that’s what climate change brings. Resource scarcity. And she went on to explain that the right to water, the right to health, the right to housing, all of that, the right to food, all of it is at risk with climate change in many regions of the world. And when the resources run out in one area, what does human history tell us happens. All those people from that area have to go elsewhere and that’s going to put strain on the resources of other regions.
Or if they don’t peacefully move into these areas, they might forcefully move in there and that creates armed conflict. And that’s what’s actually happening in the world today folks. That’s what we have to understand. This isn’t a far off threat. This isn’t saying if we don’t do anything in 15 years or 11 years or 12 years, this stuff’s going to start happening. It’s happening today. It’s happening now. You can go find that on the in the world, on the planet today, you can find it. It’s not hard. All you have to do is open your eyes and you have to look at the roots of all these conflicts happening across the globe. Many of them being spurred along by climate change. We have to look at this in terms of human rights. We have to look at it in terms of economics. We have to look at it as a health issue, and we do have to look at it as an environmental issue because they’re all connected and they’re all related and they are all at risk right now.