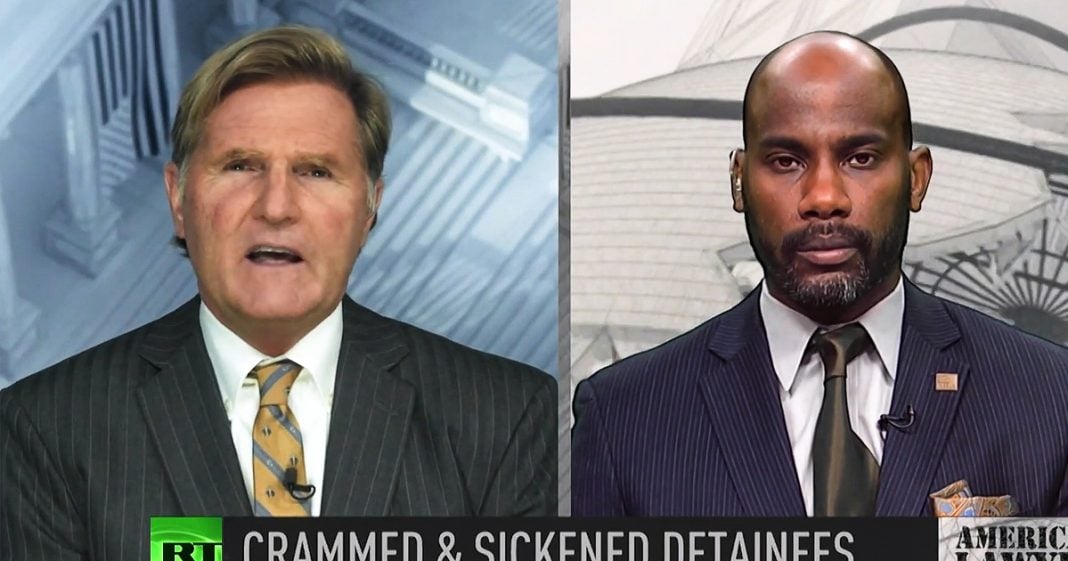 Via America’s Lawyer: American Immigration Lawyers Association Allen Orr joins Mike Papantonio to discuss the squalid conditions of migrant detention centers across the country. Federal mismanagement of healthcare professionals and supplies have led to horrific accounts of neglect within these overcrowded facilities, allowing for the rapid spread of disease like the measles and mumps among migrants and their children.

Mike Papantonio:             Over the past year, there’s been no shortage of stories highlighting the swath of immigrants and their children being detained at the behest of president Trump’s immigration crackdown. Why is it that we’re still seeing reports of these detainees being confined in absolutely abysmal conditions? We’ve got Allen Orr here, VP of American Immigration Lawyers Association, and we’re going to talk about that. Allen, let me ask you something as we go forward on this, the, the American public is kind of getting a one sided story here among other attorney groups who, who’ve compiled a formal complaint regarding the sickening conditions inside migrant detention centers across the country. I don’t know that the public is getting the full story here. Talk to us about which agencies you’re putting in the cross hairs as well, the types of treatments that you’ve come across.

Allen Orr:                                Of course, happy to do that. What we’re doing right now is that we’re ringing the bells within the agency first within CBP in the, in the office of civil rights. Then within the greater DHS, which everything sort of falls up under the Department of Homeland Security. But in addition to that, the FBI about these really troublesome conditions in which we’re putting foreign nationals in, in these facilities.

Mike Papantonio:             Okay. People don’t understand. Talk to us a little bit about the constitutional rights of a foreign national. Everybody says, well, they’re on American soil. They’re not American citizens. They’re in kind of this abyss of, as is the best description of it. They’re asking for asylum. What are the constitutional issues surrounding that?

So they have really abysmal as you’ve said, but sort of treating people as sort of like packing houses for animals. And what we want to do is sort of use it as a deterrent, which it has not been a deterrent and actually it’s very inhumane and it validates every human rights violation across the world. And even those treaties that the US has signed onto.

Mike Papantonio:             We’re hearing kind of that right wing mantra that gee, immigrants are coming into the United States to get medical care because they can’t get it where they’re coming from. Therefore that’s being passed on to, to tax payers, American tax payers. Pretty harsh kind of argument, But, you know, on the other side there, there’s, there’s this question, who are the doctors at these facilities who are responsible for caring for the detainees? Wrap that up for us a little bit. Those two parts if you would.

As you’ve seen in many of the stories that there was a woman who gave birth on a bench in a cell when people were sort of watching by and sort of care. And this is something that a doctor should have been aware of, that the person was close to actually giving birth and should have been called into the room to actually help in the proceeding.

By putting people in these closed facilities where then disease sort of becomes rampant because they’re not able to take showers or have appropriate healthcare. So we’re actually aiding in these individuals becoming sick by not making sure they’re in their proper conditions.

Mike Papantonio:             Isn’t that part of what we’re hearing? Kind of the, the right wing talkers say, you know, we, we, we have polio under, under control in the United States. We don’t have mumps problems. We don’t have measles problems by allowing these migrants in, we’re now making that worse. Those are the types of things that we hear being discussed and they’re being discussed because the people who are saying those things understands that it scares the bejesus out of the American public. How are you fending that off? Certainly that must be something that you’re confronted with.

Allen Orr:                                Sure. These are flawed arguments as I’ve expressed before, there are hundreds of ports in the United States in which people come in every day and at none of those ports are we treating those immigrants of anywhere differently, no matter where they’ve been and what situations they’ve been in. So this concern about healthcare and global healthcare is really misled by thinking someone is bringing something here that isn’t already here and under control. So therefore it’s just a misconceiving that they’re actually criminals that are coming in with their children or that they have some disease that is unknown of in the United States.

Those are just proper things to sort of argue against helping individuals, which we’ve never used before in any of our other situations. And you will find in many of the southern states, there are a lot of Americans who are in abysmal positions with regards to healthcare that the government also isn’t stepping in for. That also might have some of these very same health concerns and these concerns about diseases because they’re living in very low issue and poverty areas.

Mike Papantonio:             Among the hundreds of migrant detention centers in the US I’m wondering how widespread are your findings? And let me, let me just say thanks for doing this because if you didn’t do it, I can assure you government would not do it and if they did it, we wouldn’t get a true picture. How widespread are these findings?

Mike Papantonio:             Allen, thanks for joining me. Keep up the work, we want to have you back on and see if this actually resolves in the next, hopefully in the next six months there’ll be some resolution here. But thank you for joining us.