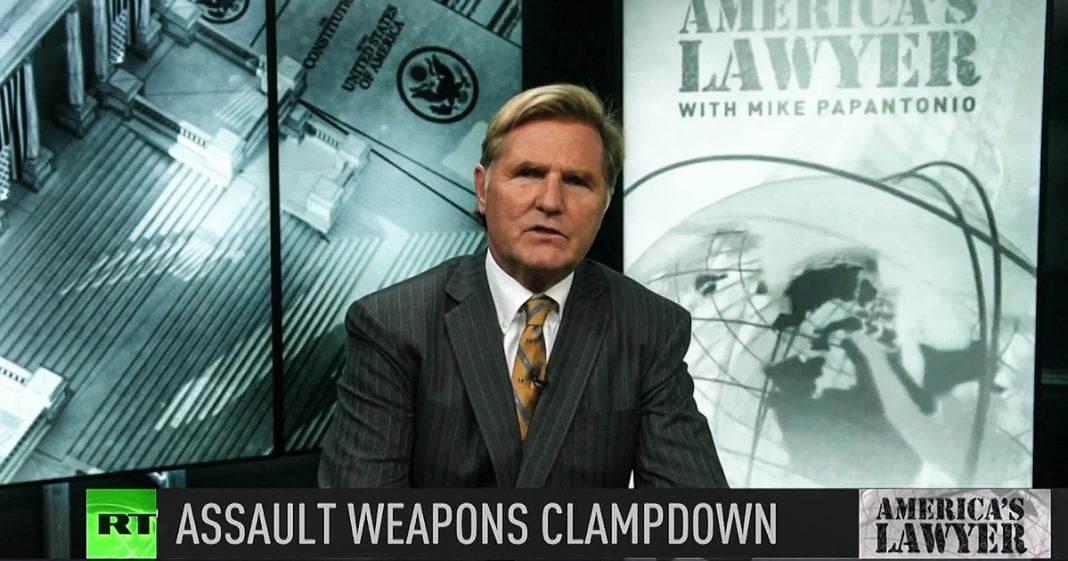 Via America’s Lawyer: In courtrooms across the country, some of the most dangerous weapons are being taken off the streets. Mike Papantonio explains more.

Finally tonight, some good news. It isn’t a secret that the United States is experiencing a gun violence epidemic and while everyone wants to disagree with what’s causing the shootings, the only common thread that any of these guns shootings have is guns and in courtrooms across the country, some of the most dangerous weapons are being taken off the streets. Recently an appeals court in Illinois upheld an assault weapons ban for Cook County prohibiting the sale and purchase of weapons of war in that particular area of the country. A similar court battle is playing itself out in California where legislators are trying to ban certain high powered weaponry from falling into the wrong hands.

For many years we had an assault weapons ban totally in the United States that prevented these high powered guns that can kill dozens of people in a matter of seconds from being owned by civilians. Mass shootings during this period, well, they still occurred, but nowhere near the level that we see today and that’s where we have to get back to.This isn’t about taking away guns or infringing on the Second Amendment. Nobody’s trying to do that. This is about common sense, and the truth is there are all types of weapons that are designed to kill as quickly as possible, and they have no place on our streets.

That’s all for tonight, find us on Facebook @facebook.com/rtamericaslawyer. Also follow us on Twitter @americaslawyer. You can watch all RT America programs on Direct TV, Channel 321 and stream them live @youtube.com/rtamerica. I’m Mike Papantonio, and this is America’s Lawyer, where every week we’re going to tell you the stories that corporate media is ordered not to tell because their advertisers won’t let them. Have a great night.