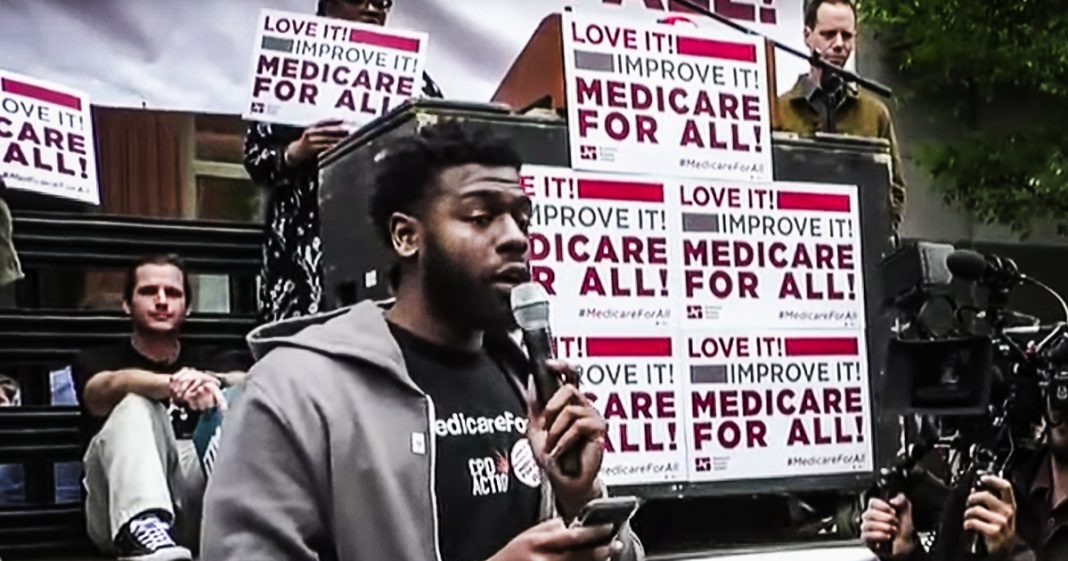 Dark money groups have spent more than $65 million so far in 2019 to try to kill Medicare for All and other efforts to lower healthcare costs. This money is coming from drug companies, insurance companies, and hospital corporations who fear that their profit party might be coming to an abrupt end. Ring of Fire’s Farron Cousins discusses this.

*This transcript was generated by a third-party transcription software company, so please excuse any typos.
Big Pharma’s profit party might be coming to an end after the 2020 presidential election and that would also mean that the insurance industry is profit party is over as long, along with the hospital corporations profit bonanza, and so fearing that the end may be near these three groups together have spent more than $65 million so far this year, running ads, fighting medicare for all and other measures that would reduce the cost of healthcare for American citizens. $65 million just so they can keep prices high for your medical care.
I mean do they not see the irony of all of this? Like we’re out here, you see it on Twitter almost everyday people posting their medical bills, you know, oh, I went to fill a prescription. It was $800 I guess I, it should be a last time I fill it. I’ve posted one because it was insane how expensive that was. You see people posting their medical bills for minor surgery or for giving birth, and they’re charged tens of thousands of dollars for these things, but instead of maybe forgiving debt, instead of reducing their costs, they would rather these organizations spend $65 million to keep those prices high because that $65 million is nothing to them compared to the billions they’re bringing in every single year. Separately, the insurance industry, billions a year, big Pharma, billions, hospital corporations, billions. And when they team up the three of them along with other dark money groups out there, the sky’s the limit on what they can spend. But that $65 million could have been put towards forgiving medical debt for people who may not quite qualify as too poor to be able to pay, because hospitals are actually allowed to write those off. They have a certain percentage of a charitable care, and when a person comes in, they can basically automatically declare them charitable care and they get to write off all those costs. They also get to write off the cost of debt that does not get paid,
and that’s why they’re able to just spend millions on this because they’re technically not losing any money. They’re not. They’re making money hand over fist because most of us pay our bills when we can. I may not pay the whole thing in once, but we pay what little bit we can, but that’s still not good enough for them. They don’t want our costs to go down. They don’t want prices to go down. They don’t want their profit party to come to an abrupt end, but that is what needs to happen. They’re spending $65 million to tell us that medicare for all is going to be bad, that it’s somehow going to hurt us. Well, let me ask all those people out there, because apparently there have been a few on social media who say, I do love my insurance. Do you love the fact that your insurance company is paying their CEO $25 million a year? Do you love the fact that they’re donating millions of dollars to these dark money groups to keep your costs high? These are unethical, immoral companies that do not give a damn about you. But if you’re dumb enough to say that you love your health insurance company then, congratulations, they’re $65 million was well spent.