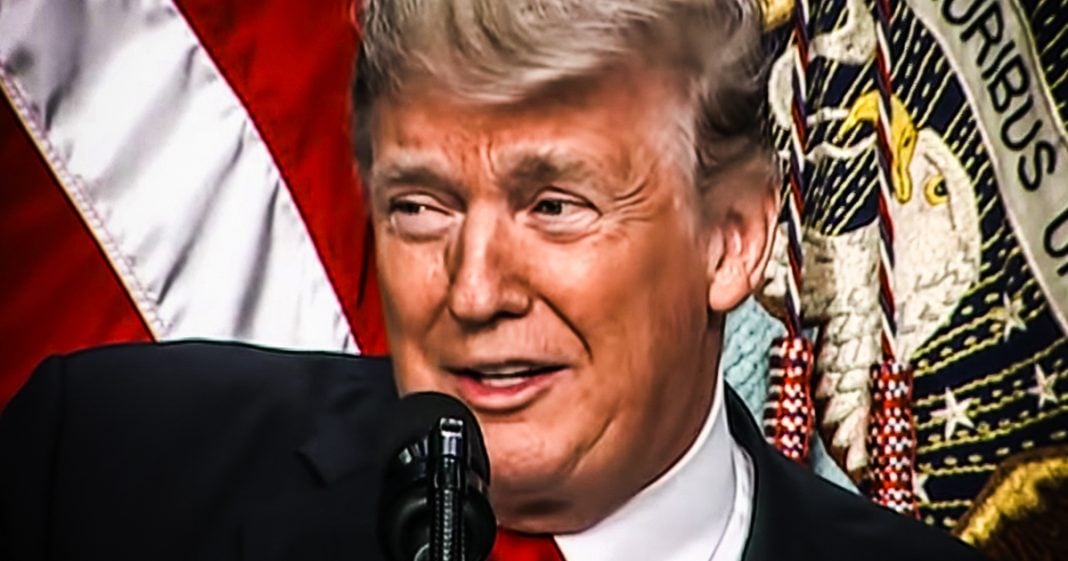 There really is no way to reach some people. According to a new report from Reuters, some of the most ardent Trump supporters in America’s farmlands believe that the Deep State, not Donald Trump, is to blame for their current economic hardships. They don’t blame Trump for the trade war, and instead are focusing their anger on a fictitious enemy. Ring of Fire’s Farron Cousins discusses this.

*This transcript was generated by a third-party transcription software company, so please excuse any typos.
So we’ve talked a lot here about how Donald Trump’s trade war is absolutely obliterating farmers here in the United States. Suicides are going up, their bankruptcies are going up, and it’s all because of Donald Trump’s trade wars. I mean, hell, the government itself had to come up with a massive bailout for farmers because they’re getting so squeezed by Donald Trump’s trade wars. Just don’t tell that to the farmers themselves because apparently enough of them out there don’t actually believe that Donald Trump’s trade wars are the reason for other economic hardships. Recently, Reuters spoke to some Trump supporting farmers out there in the Midwest, and they don’t blame the president for what’s happening to their farms. Instead, they see this as some sort of deep state coo to make Donald Trump lose in 2020 here is what some of these farmers had to say. Um, federal agriculture employees are overestimating corn plantings as part of a plot to hurt Trump in the 2020 election. They believe the USDA employees are upset that the administration is relocating hundreds of economists and other researchers to Kansas from Washington so according to one farmer. Its this Dang USDA because they’re mad because some of their economists have to move to Kansas and so they’re over estimating the corn crop to somehow hurt the farmers. Okay.
They also, they also believe that those at the USDA are trying to artificially inflate prices for farmers in order to make the farmers lose money. And then those farmers will turn on Donald Trump and then they won’t vote for him in 2020 so instead of looking at reality, which is very clear, I mean the reality is 100% clear. The trade war is doing this to you. The tariffs are doing this to you. That’s why the government had to come in and hand you lumps of money and then buy your crops because nobody else would because of the trade war. But instead you’re looking at all this happening. You have to know what’s happening and you still say dadgummit that USDA is screwing me over so I won’t vote for Trump. I’ve said several times while sitting here that there are some folks in this country that are 100% unreachable and this is what I’m talking about.
There is no way in hell you could sit down with one of these farmers who see some kind of deep state USDA coo against the president happening and talk logic with them. I don’t think you would ever be able to pull them back from that ledge, their a lost cause is what I’m saying, and it’s sad to admit it, but sometimes have to admit things like this so that we can go and focus and work with people who may be able to have an epiphany who may start thinking rationally, but these people ain’t it. The ones who think that there’s some kind of conspiracy taking place to destroy their farm, to get them to vote against Trump, they’re gone. You can’t reason with these people, so don’t bother trying. There are millions of people in this country that can be reached and those are the ones that we need to focus our attention on. Not these people who see these invisible conspiracy theories while ignoring the reality taking place, quite literally in their own backyards.