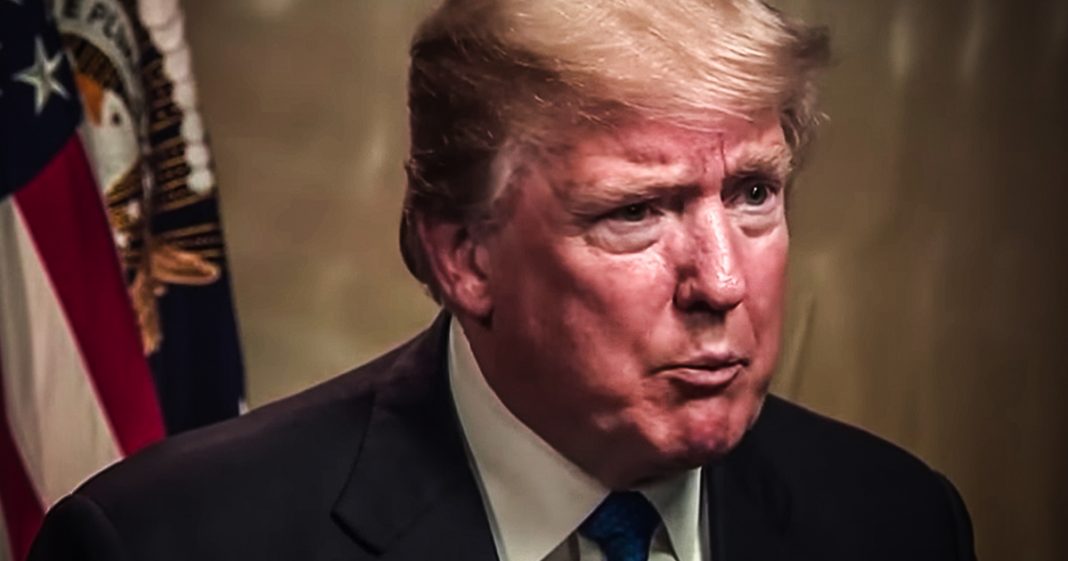 According to reports, the DNC is amassing a “treasure trove” of information on Donald Trump ahead of the 2020 election, focusing on the lawsuits against him, his empty promises, and the damage he’s doing to the economy. They claim that they will NOT be making the election about the President’s horrendous comments and outright bigotry. The DNC is acting like they have learned the lessons of 2016, but is that really the case? Ring of Fire’s Farron Cousins explains.

*This transcript was generated by a third-party transcription software company, so please excuse any typos.
The DNC is acting like they have. Finally, after many years, learned their lessons from 2016 DNC Chairman Tom Perez announced recently that he has had the DNC go through. They’ve looked through 7,000 lawsuits against Donald Trump from pretty much every single state here in the country. They have pulled speeches of this man. They have gone back and watch his rallies anytime he’s made a promise about anywhere he is. As the example Perez gave, if he’s out in Ohio and says, we’re going to build a bridge over here in Ohio to help you out. We’re documenting that and then we’re countering it with what actually happened. We are calling Donald Trump out for the empty promises that he made to Americans. We’re talking about his trade war and how it’s hurting farmers and I swear to God, Tom Perez says, we’re not making the 2020 election about his personality, about his behavior or about as bigotry.
I would love to believe Tom Perez right now. I would love to, because to believe him would be to again admit that the DNC finally learned. We have been screaming from the top of our lungs. Some of us as far back as 2014 actually, the first time I did a segment on it saying, run on the issues, run on the issues, run on the issues. The DNC hasn’t listened. They didn’t listen in 2014 they didn’t listen in 2016. A lot of them did listen in 2018 but not the DNC itself and now Tom Perez is telling us that, hey, we listened. We’re not just running against Donald Trump in 2020 we’re not going to go out there and spend millions of dollars on ads showing you all of the stupid things that he said. We’re not going to bring up his tweets. We’re not going to do that. We’re going to talk about the fact that he has had all these empty promises.
He promised you guys this, he promised you economic prosperity, but instead we’re heading towards a recession. Those are issues that are good for campaigns, but I don’t trust the DNC to actually follow through with it. They’re going to start talking about other things. They’re going to start going down paths that. They ought not go down because there’s two things that need to happen. One, the media needs to do a better job of talking about the issues. They suck at it. If you want to learn about issues, you’re having to tune to independent media, to youtube channels, which we are all, all of us in progressive media, very grateful that people are doing that and that’s why we talk about the issues because corporate media is not giving it to you. The second thing corporate media has to do is continue talking about how stupid Donald Trump is.
That’s their job. That’s their role. They don’t have to spend a dime to do it. The DNC would and the DNC has to stay out of that fight. This does have to be a two pronged attack here with the DNC heading up the policy side and the media, including those of us in independent media, the media going out there saying, look what this moron did today. How could you vote for him without being utterly embarrassed? He is a disgrace and you’re a disgrace. If you vote for him. Almost publicly shaming these people, maybe it works. Maybe it doesn’t. Honestly, we really don’t care. Sometimes it’s just fun to do, but that’s the media’s job. The media’s job is to remind people what a piece of crap Donald Trump is. It’s the party’s job to run on the issues, and that’s the bottom line. So hopefully the DNC is being honest here.
Hopefully Tom Perez means what? He says, that we’re going to focus on the empty promises and the bad things he has done that are not on Twitter. If they do this, if they’re serious about it, and if they follow their own idea here, they easily could win in 2020 but if they start diving into that arena that the media is working on right now, oh, look at this stupid Trump tweet. Let’s spend $20 million in ads to make sure people see it on their TV screens. Yeah. Literally, everyone in this country knows that Trump is a piece of crap. Unfortunately, Republicans that makes them like him more and Democrats again, we already know it and we already don’t like him. You’re not gonna change anybody’s minds by reminding us of Trump’s Twitter feed. So you focus on policy, the media can do the fluffy in your face this guy’s an idiot kind of stuff because that’s really all they’re capable of talking about.