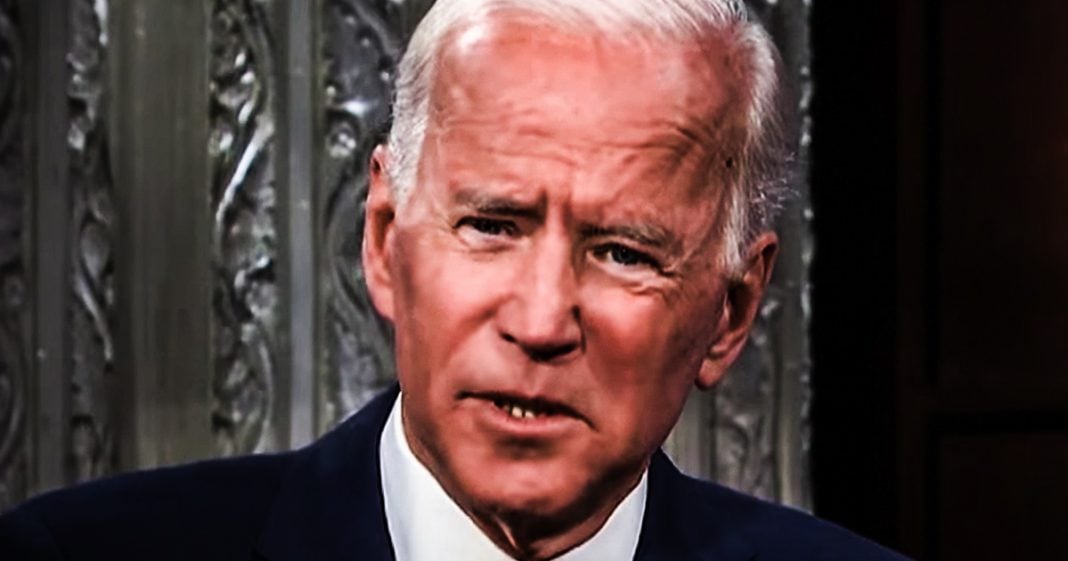 The campaign of former vice president Joe Biden is telling people that they shouldn’t get their hopes up about Iowa and New Hampshire, and possibly a few more early voting states. This is a way of telling everyone that the campaign isn’t doing so great, in spite of the seemingly good poll numbers they have. Ring of Fire’s Farron Cousins explains what’s happening.

*This transcript was generated by a third-party transcription software company, so please excuse any typos.
Earlier this week, the Joe Biden for president campaign told reporters to whoa scale it back guys, you need to lower your expectations about what Joe Biden is going to do in both Iowa and New Hampshire and South Carolina. Yeah, yeah don’t worry about all that. He could lose those. But you know, we’re really, really, what we’re focusing on is super Tuesday, you know, cause that’s, that’s going to be the one that matters. You know, to hell with Iowa, New Hampshire and Carolina’s, we don’t need those things. So don’t worry when those early returns start coming back, showing Joe Biden getting his butt kicked, because that’s totally not going to happen after those first few primaries. You know, that would be a, a nice, nice message, right? Like, hey listen, we may not win right out of the gate, but we’re a sprinter. You know, this is a marathon, not a sprint. Excuse me, I screwed all that up.
But either way, Joe Biden’s campaign is out there telling people, don’t expect this guy to win the first few. But here’s the problem with that, Mr Biden, if you don’t win the first few, those do affect the ones down the road. Suddenly you who is still for some reason sitting as the most electable person in the race, the voters in those states that haven’t gone yet, look at the results of the other states and they say, oh, maybe he’s not electable. Maybe the only reason I was going to vote for him is stupid. So I’m not gonna vote for him. I will. New Hampshire, South Carolina folks, those are do or die. I mean how many Republicans out of their field of 16 that they had in 2015 how many dropped out after Iowa and then how many dropped out after New Hampshire and then after South Carolina we were down to less than a handful folks.
If you don’t survive those first three, you effectively don’t survive. And Joe Biden’s campaign understands that. So why on earth would they want people to understand that they’re not going to win those? Or maybe it’s for the reason I just said, because they don’t want the people who are voting later in the year to lose that thought that he is the most electable. But I gotta tell Ya, if you can’t win Iowa or New Hampshire or South Carolina, you’re pretty much not electable. That’s how that works. So if Joe Biden loses, loses, loses and loses up until Super Tuesday, everybody who votes on Super Tuesday is going to view him as a loser, as somebody who cannot pull this off. And hopefully that’s what happens. Joe Biden ain’t it folks. Joe Biden’s not going to beat Donald Trump. Joe Biden is not the kind of transformational leader that we need in this country right now. Unfortunately for him, his time, his past and his past is coming back to haunt him as well. Joe Biden’s should retire. Joe Biden should just quietly go away and enjoy the rest of his life cause politics for him has come to an end. And if they want us to lower our expectations for him, then we need to go ahead and lower them not just for those early voting states, but for literally every state holding a primary or caucus in twenties 2020.