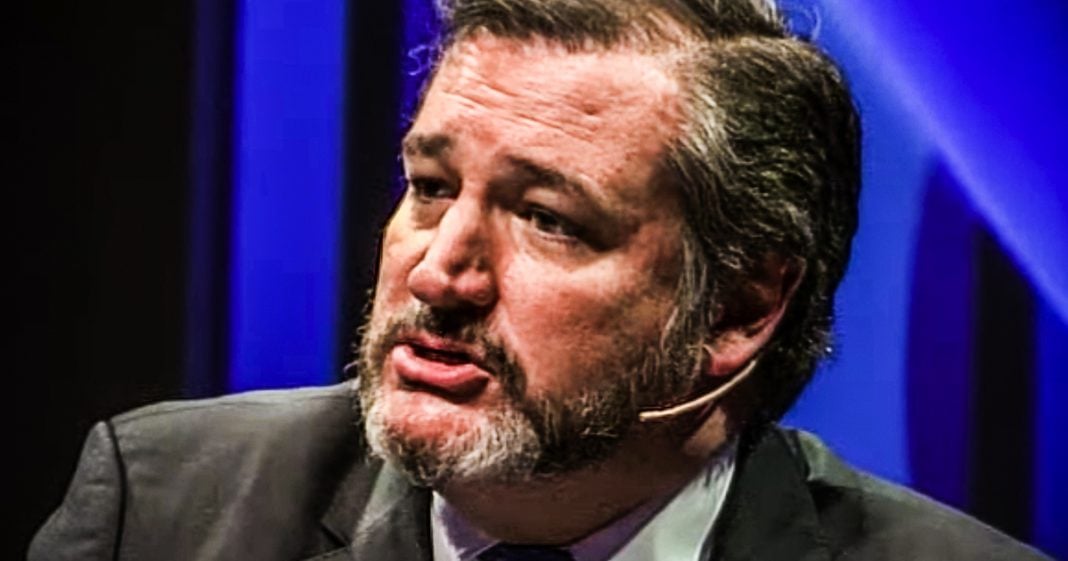 Ted Cruz isn’t right about a lot of things, but he’s spot on in his latest warning to the Republican Party. Cruz is warning the Party that they are underestimating Democratic anger heading into 2020, and that, along with shifting demographics, easily puts Texas in play for the next election. Ring of Fire’s Farron Cousins explains why Cruz is right.

*This transcript was generated by a third-party transcription software company, so please excuse any typos.
On Thursday morning, Republican Senator Ted Cruz attended a breakfast gathering for the Christian Science Monitor where he warned,
the Texas could absolutely be in play in 2020 now there’s a couple of quotes from Ted Cruz at that breakfast meeting that I want to read, and again, I have to go ahead and admit wholeheartedly I agree with most of what Ted Cruz says here and here it is. I think the Texas election in 2018 is powerful foreshadowing for what to expect across the country in 2020 that is correct. The Democrats in Texas increased their turnout in more than 100% the far left has pissed off. They hate the president, and that is a powerful motivator. If the left shows up in massive numbers and everybody else doesn’t, that’s how we end up with an incredibly damaging election for the Republican party damaging election, and again, you’re right about that, but you’re wrong about it. Just being that we’re pissed off at the president. You see, that’s the thing I don’t think a lot of people grasp right now. Yeah. There’s a lot of anger here in the United States. Rightfully so, but it’s not all directed at Donald Trump.
You know, some of the, uh, resistance folks, I guess you would call them. Yeah. Their anger is just about Donald Trump. Everything else they’re totally cool with. But for the rest of us, those that have been paying attention for the last couple of decades, we’re pissed off about quite literally everything because of all of the injustice happening in this country. The fact that people are dying because they can’t afford their insulin. The fact that we have children locked in cages along our southern border, the fact that people are strapped into jobs that they hate because they can’t get health insurance if they leave that job. The fact that students are going tens of thousands of dollars into debt to get a degree that at one time would guarantee them a great job here in the United States, but today, who knows, unless it’s an advanced degree, then your chances increase, but so does your debt astronomically. Those are the things we’re pissed off about the most. Yeah. Trump’s a horrible human being. He’s brash. He is a bigot. He is all of the horrible things we’ve ever said, but honestly on the list of things we’re mad about, he’s not even close to the top, so Cruz is wrong.
About that. Just being the cause of our anger and I think that kind of goes across the board here in the United States, people are mad because they’re getting screwed over while the wealthy elite continue to get handouts from the federal government. That pisses us off.
Cruz continued. If we lose Texas, it’s game over. I don’t believe Texas will turn blue, but central to that is we’re going to have to work to communicate and turn people out. Again, I agree with them on that. I know Texas is a little bit in play. We’ve seen some very promising poles. Texas ain’t turning blue in 2020 I hope I am wrong, but I really don’t think I’m wrong about that and I think a lot of, even the most optimistic people would agree with that Texas in the future. Yes, we can get there. We’ll probably narrow the gap in 2020 just like we did in 2018 but turning it full blown blue for a presidential cycle. I don’t think we’re there yet. You know, there’s too many holdovers of that, a boomer generation, and probably even the generation prior to that holding on straight to Texas down there.
And I just don’t think we have the numbers yet to flip it. But Cruz’s warning is accurate. Democrats are energized, Democrats have messages, and Democrats have ideas on how to move the country forward. The Republicans have none of that. They have nothing. They have nothing to run on, nothing to campaign on, no great bogeyman other than allegedly socialism. And that’s not working out too well for them. So Cruz’s warning is falling on deaf ears with the Republicans who refuse to admit that they’ve ever done anything wrong. And furthermore, refuse to ever do a single thing that will actually benefit the American public.