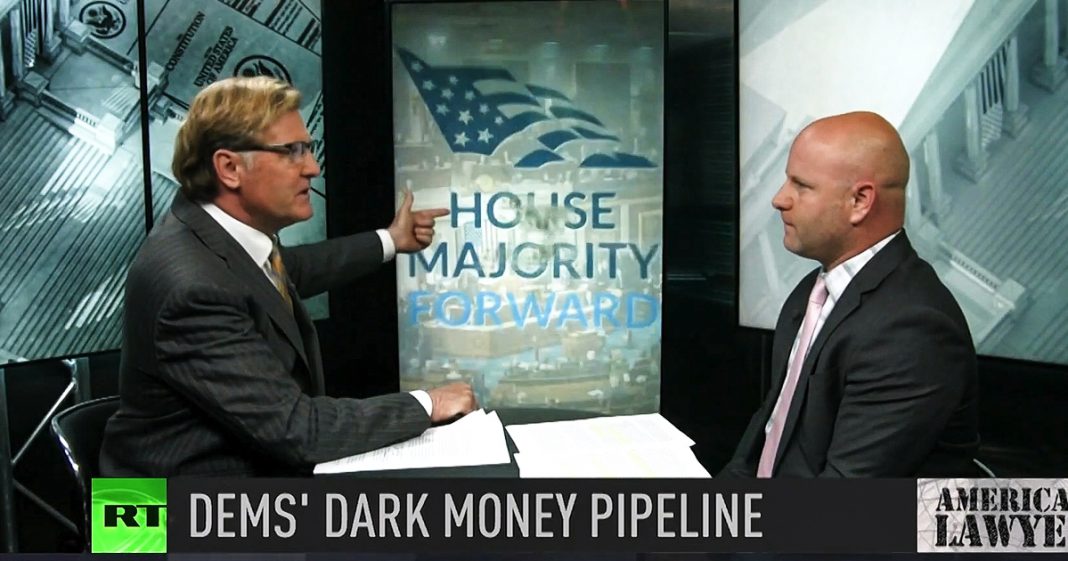 Via America’s Lawyer: Mike Papantonio and Trial Lawyer Magazine editor Farron Cousins talk about the House Majority Forward PAC that is funneling tens of millions of dollars to combat the new wave of progressives in Congress, and to ensure the survival of establishment democrats with deep ties to big money corporations.

Mike Papantonio:             A new dark money Super PAC has emerged to funnel corporate money to establishment Democrats ahead of the 2020 election. Okay. This isn’t a new story.

Mike Papantonio:             We saw this happen with Bernie Sanders last time where it was, you know, the Hillary Clinton team, the Democrats that have been running things forever, didn’t want to give away their right to run things forever. So they started putting in a lot of money against Bernie Sanders. We’re going to see the same thing again. By the way, while I’m on the topic, maybe you can help, help me with this. What in the hell is Elizabeth Warren doing making the rounds with Hillary Clinton? Maybe you can help me with that.

Farron Cousins:                  It’s very confusing and it’s very disappointing. You know, Elizabeth Warren has done a lot of great things, has a lot of great policies that I support. But, but going to Hillary Clinton for election help is very backwards. I mean, Hillary Clinton does not know how to win a presidential election and maybe, maybe she’s telling Warren listen, here’s all the horrible things that you shouldn’t do because I did them, but I don’t think that’s the case. And I think Elizabeth Warren’s trying to kind of ride the line.

Mike Papantonio:             HMF, talk about it. But look, by the way, while we’re on Hillary Clinton. Bobby Mook, the Mook, the Mook who blew the election. Impossible. He blew the election for Hillary, for Hillary Clinton. He was the guy making the decisions, actually allowed Trump to win. This guy is such an incompetent boob. He is, he’s now, he’s now seated himself in HMF. HMF is what?

Farron Cousins:                  That is the house majority fund, I believe it is. And the reason they came about, and they started raising I think 10 million so far, just since March. They saw what happened in 2018 where you had these progressive challengers knocking out establishment Democrats in the primaries and then winning their elections. And they don’t want that to happen again. And it’s not because they don’t like these people, it’s because they’ve got to make sure that they put the centrists back in power because that’s what corporations want.

Farron Cousins:                  Well, they’re hiding it because they’re, you know, basically disguised as this 501c4 nonprofit advocacy group, which unfortunately is what Citizens United allowed for. You know, oh, if you just say you’re a charity and that’s your only advocating issues, not candidates or parties, you don’t have to tell us where your money comes from. You don’t have to disclose your donors. You can do whatever you want.

Mike Papantonio:             Last time we saw the Hillary train, establishment democrats run by Wall Street run by corporations, had to have Hillary elected. They lost. This time, it’s Joe Biden. The Wall Street corporations have to have him elected, therefore HMF, this fund that’s put together by Wall Street for Wall Street and disguised as a democratic platform run by this bonehead Bobby Mook who lost the last election. That is where we’re going to see the money and we’re going to see a lot of attack ads done on people that don’t tow the corporate line. And that’s what’s so ugly about this isn’t it?

Farron Cousins:                  Yeah, absolutely. But unfortunately for this group, these people, these candidates that they want to support are destroying themselves out there. I mean, Joe Biden can’t go out and give a speech, or he can’t sit through a debate without saying something painfully stupid or completely fabricated. And because we actually do still have decent folks on social media, they’re quick to point it out and the mistake is quick to go viral with a correction by the people on social media saying, oh, Biden no, he said he did this. That’s absolutely not true.

Mike Papantonio:             It is true and it’s scary and we’re allowing it to happen again. Farron Cousins, thanks for joining me. As the season picks up, these stories will get crazier and crazier.