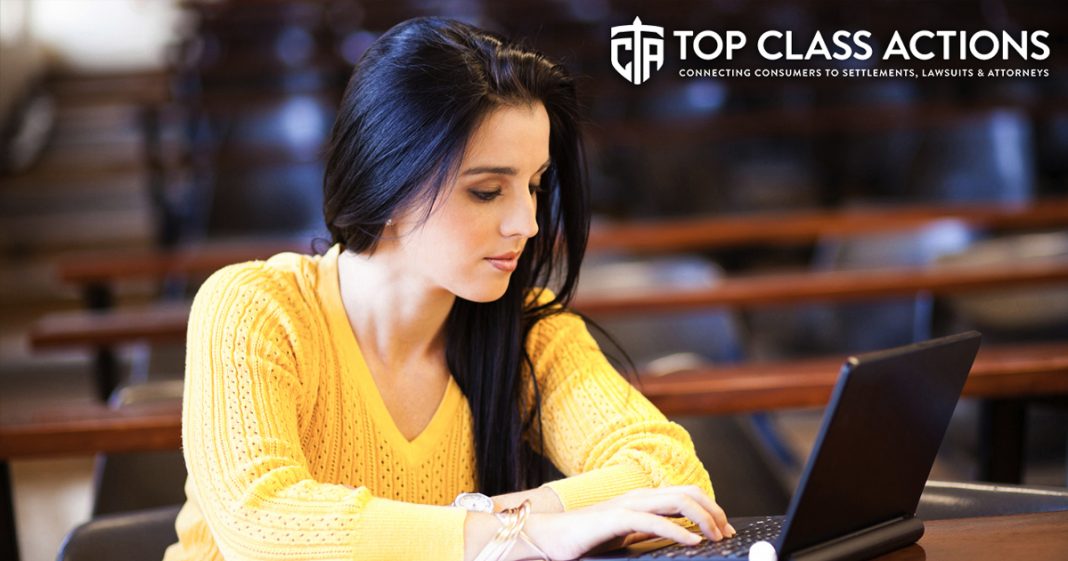 DeVry University alumni have filed a class action lawsuit claiming that the for-profit college falsified employment statistics for graduates. Their DeVry class action lawsuit follows other litigation against the university, including a settlement deal with the Federal Trade Commission and multiple states. The DeVry alumni class action lawsuit is led by Dennis Magana, Scott Swindell, and David Torosyan. The former DeVry students say they chose the school at least in part because they viewed advertisements and publicity that touted the school’s high employment rates after graduation. Allegedly, the university has made deceptive claims around alumni employment since at least 2008. Ring of Fire’s Farron Cousins discusses this with Scott Hardy from Top Class Actions.

Farron Cousins:                  In the last few years, the issue of these for profit colleges has been big in the news. A lot of them have been found out to provide subpar educations that leave their students with massive piles of debt and really know where to use their degree. Essentially, they’ve been handing out worthless degrees to anybody, willing to pay tons of money. But one of the oldest colleges that has been marketed out there, as you know, take college courses from home, take them online, is DeVry University. I remember growing up as a child and seeing commercials for this, and I’ve got Scott Hardy from Top Class Actions with me to tell us about the latest problems facing DeVry University.

And Scott, as I just mentioned, I’ve seen commercials for DeVry University, I think probably for my entire life. They are absolutely one of the oldest, you know, I think back then it was probably college by mail, you know, the Internet didn’t exist. If I’m dating myself a little bit there I am sorry. But they’ve grown and they’ve evolved and they’re still out there and they’re essentially still running this same scam on American consumers.

And like you said, getting a lot of debt. According to this class action, a huge amount of the school’s income is from federal financial aid programs. And so they’re making sure that people are signing up and they’re, you know, using government funds to do it or government loans to do it. And unfortunately these folks are spending all this time, all of this money thinking that they’re going to get a job exactly in the field that they’re studying for and that’s just not happening.

Farron Cousins:                  Right. I mean, that doesn’t even happen with, you know, regular campus colleges. 90% of people within six months are not working in whatever field it was they got their degree in. That’s just simply impossible. If it was, the college I attended would be cranking out 800 new psychologists every semester. Sorry, that’s not how it works. And actually a few years ago, DeVry actually had a settlement with the federal trade commission because the same lies didn’t they?

Scott Hardy:                          They did and that’s the thing is DeVry keeps getting hit with these class actions, whether it comes at a state or a federal level, but they somehow are continuing to make these claims and just change things up a little bit. But, you know, they’re getting hit with it and they’re paying the piper. Maybe they’re thinking that, sure, we’ll make the same claims. Are we lying? Meh, but we’ll pay the class action tax. We’ll get sued. We’ll go ahead and settle it for $10 million. Big Deal. We just pulled in a hundred.

Now, I don’t know how much money they’re actually making off these things, but we see that a lot with corporations that continue to get nailed with class actions. They slightly change their marketing tactic and then they just pay that class action penalty and slightly change things again to abide by it until they get caught years down the line.

Farron Cousins:                  Well, and with that FTC agreement, they had actually said, okay, we’re gonna stop. We’re not gonna, we’re not going to make this claim anymore. And then, you know, as you said, yeah, we’ll tweak it a little bit. Maybe 90% of people are working in their field in, in seven months, well, we have been saying six months, so obviously we’ve changed it now, but that’s, that’s not how it works. But this company to me, based on their history, based on everything they’re still doing, a lot of times, you know, we see companies that they’ll get popped with a big class action and they’ll say, okay, we’ll change. And they do change. DeVry has been given that opportunity multiple different times and there hasn’t been any change with them has there?

Scott Hardy:                          No, that’s the thing is, you know, I, I remember talking with friends that went to DeVry back in the 90s and they said, Scott, you’re in the technical side. You know, back then I was working for AOL and you’re on the Internet. I want to be on the forefront of the Internet technology, DeVry has this course and I went, stop, stop. Don’t take it from DeVry. Get a job, get some real experience, that’s going to benefit you a heck of a lot more. Get a technical certification, you know, go out and get your Microsoft certifications or your Cisco certifications to expand your horizons professionally.

But take a long, hard look at any online college that you are looking at, at, at spending a ton of money on or getting loans on to make sure those credits can transfer if you want to go to a local university instead or, are in this case, are their promises legitimate and are you going to actually be able to get a job quickly? With the today’s day and age, you can just do some Googling and find out how reliable their claims actually are.

Farron Cousins:                  Absolutely, and for more information about this particular issue, please follow the link in the description of this video head to Top Class Actions, and while you’re there sign up for their weekly newsletter. It is absolutely one of the best resources available for American consumers. Scott Hardy with Top Class Actions. Thank you very much for telling us this story today.