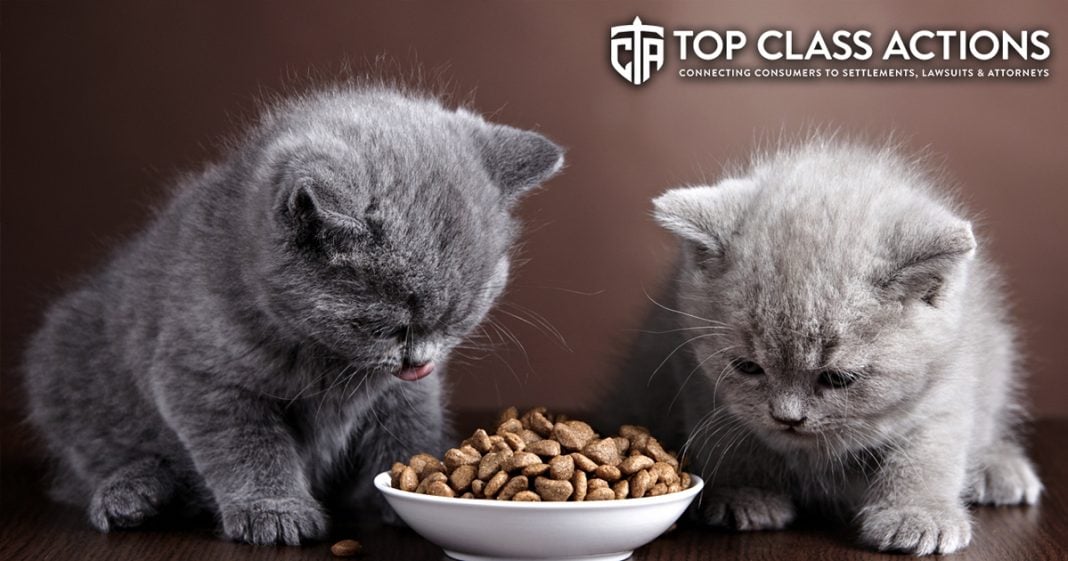 The Seventh Circuit Court of Appeals has given a class action lawsuit against Hill’s Pet Nutrition and PetSmart a second life after it overturned a district court opinion dismissing the case against the companies. Plaintiffs Holly Vanzant and Dana Land filed the class action lawsuit over claims that Hill’s “Prescription Diet” cat food was no different than less expensive non-prescription cat food. The plaintiffs filed suit against the companies under the Illinois Consumer Fraud and Deceptive Business Practices Act and for unjust enrichment. Ring of Fire’s Farron Cousins discusses this with Scott Hardy from Top Class Actions.

Farron Cousins:                  As American consumers have tried to be a little bit healthier and a little bit more conscious of what we’ve been putting into our own bodies in terms of food, we’ve also become more conscious about what we’re feeding our pets. In the last few years we’ve seen all kinds of new pet foods emerge. We’ve seen ones that have to be kept refrigerated. They’re chock full of real meat and real vegetables, and there’s also some pet foods that are so exclusive that you have to have a prescription to give them to your pets.

Now, most people would probably think that means that that, that’s the good stuff, right? That’s what you want to give your pet. The one that’s so exclusive, a doctor has to give you permission to have it, but according to a new class action lawsuit, some of those prescription pet foods are no different than what you can pull right off the shelf in your big box store.

Joining me now to talk about this is Scott Hardy with Top Class Actions. And Scott, I have, I have lots of pets and I’m going to be honest, I didn’t even know that prescription pet food was a thing. But it is and some people, especially if you have a pet that has a chronic issue, if the pet has diabetes, if they have any kind of, you know, glandular problems, you probably think that this is what you need to give your pet. But this lawsuit says it’s no different than what’s on the shelves.

Scott Hardy:                          Right. I mean, that’s the thing. This happened to me and our dog, he had a slight little problem and my wife takes him to the vet and she comes home with an entire flat of canned dog food. And she said, we’re supposed to, this is, this is the new science diet that we’re supposed to give him. And I said, well, what are you talking about? I wish you would’ve called me because I know that nowadays you can get even better, higher quality food from your local neighborhood pet store. They’ve got great organic all natural food that you can feed your dog.

You don’t have to go to the vet anymore and get science diet. That was a huge selling point back in the what, 80s or 90s about how for awhile you could only get science diet from your vet because that’s the best food and that’s just no longer the case. This class action alleged that the, the, the owner of their cat went to the vet, their cat had diabetes, had some problems and the vet, said, here, here’s this prescription cat food.

You can only get it from us, give it to your cat. Spent a lot of money giving their cat this special kind, this special vet cat food not knowing that there isn’t a prescription for this cat food. It’s not a medicine, it’s just cat food that hills science diet only sells to veterinarians, but it is sold and marketed in that way to make you think that you’re getting something extra special that only the doctor can prescribe when according to this class action, that is not the case.

Farron Cousins:                  And, you know, it’s really disappointing because if your vet says this is the food you need to have, you know, you typically, you’re going to believe that person. You know, pets are like family and you want to do what’s best for them. You want to take care of them and if that means buying the expensive pet food, most of us, as long as you’re in a position to do it, you’re going to do it. And you’re also going to take the vet at their word when they say this is what the pet needs. But, you know, it’s kind of like what we see with the, with doctors. We want to believe what they say.

But then, you know, right after you walk out the next person to walk in there is the pharmaceutical rep saying, hey, you know, you need to sell or give out more prescriptions for our drug. And then next time you go to the doctor they say, well, you know what, let me try on this new thing. You know, there’s a new thing out. I want to put you on this. I want to try this. Let’s see how this works for you. Not realizing that they’re incentivized to do that and I think with this science diet, you know, this allegedly prescription pet food, it’s kind of the same thing. They may not be getting kickbacks, but they are incentivized to help sell that over regular pet food.

Scott Hardy:                          They absolutely are making a lot of money on it because they’re reselling it. There’s, they’re reselling that at a high profit margin directly from the vet store, from the vet. So instead of you going in and picking up this from a pharmacy, nope. You know, you just can go ahead and, hey, thanks, I’m prescribing you this food and by the way, I have it here and it is quite expensive, but isn’t your pet worth it? And of course you’re going to spend that money. In our case, we gave our dog maybe a can of the food and then we donated the rest to an animal shelter because he didn’t need it.

But he was sold it and he was sold that food and we were sold that food because we thought it was something extra special that only the vet could have. And only the vet’s going to give you when, you know, this class action lawsuit just says that’s patently false. And of course there’s this class action is only alive because it was, it was thrown out. You know, an appeals court said, yes, this is actually covered by the FDA and no, this is not a class action that you can, you can file.

But the appeals court I believe made the right decision here and said, no, this isn’t an FDA issue. This is not actual medicine. This is just cat food. This is cat food that’s being resold at a very high profit margin and targeting consumers who are believing what their vet’s telling them and what science diet is telling them instead of going and going to their local pet food, their local pet store, and just getting a very healthy option for a lot less money.

Farron Cousins:                  Absolutely, and in instances like this, you know, any pet owner needs to understand the internet is absolutely their best friend. You know, look online, you might be able to find better deals, but, you know, check the ingredients online before you head to the store. So that way you go there knowing exactly what you want. You can compare what’s in these, you know, allegedly prescription pet foods to what’s available in the store. You can make an informed choice. It’s going to take a little bit of research, but in the end it could end up saving you a lot of money.

For more information on this particular issue, follow the link in the description of this video. Head over to Top Class Actions and of course, while you’re there, make sure you sign up for their weekly newsletter. Scott Hardy with Top Class Actions. Thank you very much for talking with me today.