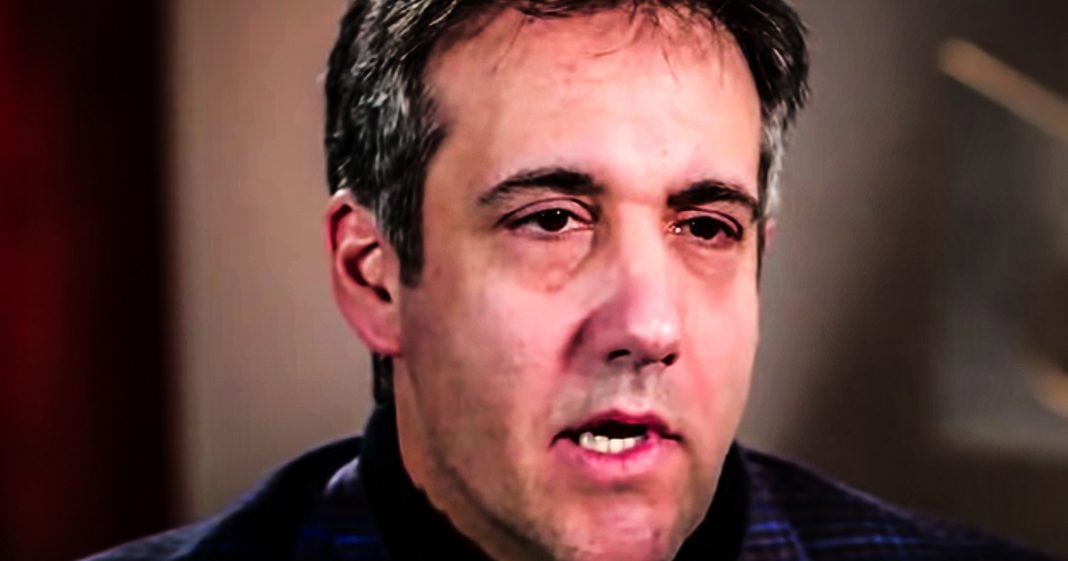 Prosecutors in New York have been meeting with Donald Trump’s former lawyer Michael Cohen at his New York prison to gather information about the Trump Organization’s role in the hush money payments that helped land Cohen in jail. Cohen is a man with nothing left to lose and everything to gain, and it is likely that he is giving prosecutors everything he knows about. Ring of Fire’s Farron Cousins discusses this.

*This transcript was generated by a third-party transcription software company, so please excuse any typos.
Michael Cohen. Donald Trump’s former lawyer and fixer has been in prison for a couple months now, but even though he is behind bars serving his three year sentence, that doesn’t mean that he has stopped working with New York state prosecutors. In fact, quite the contrary, according to recent reports, Michael Cohen has had several visits from prosecutors in the New York attorney’s office and they’ve wanted information from him regarding their investigation they opened about a month ago into the Trump organization and the potentially illegal hush money payments to stormy Daniels and Karen McDougal. What prosecutors and investigators in New York are trying to find out is whether or not the Trump organization lied about these and misappropriated funds in order to pay this hush money to these women they also investigating a AMI, which is the parent company of the National Enquirer who allegedly made the payment to Karen McDougal on the catch and kill story. Here’s where Michael Cohen comes in, at least with stormy Daniel’s part.
He made that $130,000 payment. He’s the guy that literally wrote the check. She got the money. She stayed quiet. Donald Trump, according to the audio tape, knew about this and directed it and approved it. Now, how does that tie into the Trump organization? Well, the Trump organization, which has not been charged with a crime yet, folks, they’re the ones who reimbursed Michael Cohen for this payment, but they didn’t just reimburse them the whole 130,000 no, they gave him $420,000 for alleged legal work that he did for the a Trump organization in the year 2017 and that 420,000 instead of 130,000 was meant to pay back the 130 plus a little bit of a bonus for him for being such a good little lapdog. He invoiced them $35,000 roughly every single month. And they paid it. But here’s the catch. Yeah, they said it was for legal work, but Michael Cohen didn’t do any legal work for the Trump organization in 2017 so that argument kind of falls apart for the Trumps.
Right. And here’s the funniest part to Trump, is the one allegedly who made his company be involved in this. I mean, Trump has money, I think, I don’t think he’s actually a billionaire, but he’s got enough money to pay back Michael Cohen, the $130,000 out of his own pocket, out of his own bank account. He could’ve done that. Trump could have literally venmoed him some money right there from his phone and everything would have been cool. But instead he wanted to use it as a business expense because the man’s a fraud ran it through his business and now he’s roped them into this as well, which could, if prosecutors can prove that this happened, really marked the beginning of the end of the entire Trump organization as it exists today. So on behalf of everybody in this country, Donald, I want to thank you for not writing that personal check to Michael Cohen because if you did this would just be an issue that would take you down. But instead it’s an issue that threatens to take down, not just you, but your entire life’s work. And I can’t think of a more fitting punishment for somebody who has been a fraud for their entire life. This is what you deserve. And those New York prosecutors are going to do everything in their power to make sure you get it.