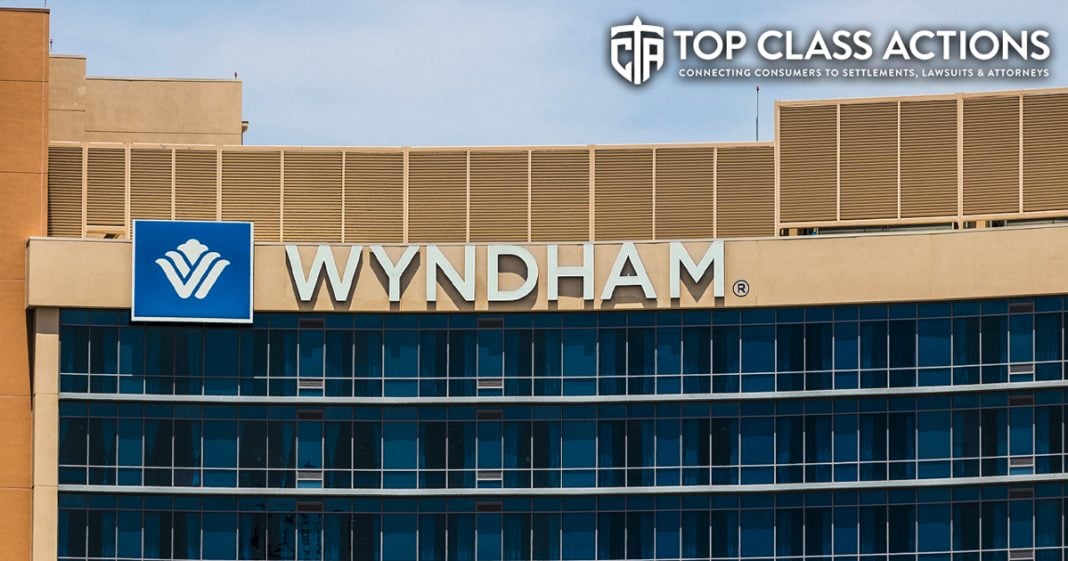 Wyndham Vacation Resorts has been hit with a class action lawsuit from customers who claim that their sales policies and practices regarding timeshares are deceptive. Plaintiffs AnnaMarie Deneen, Michael J. Deneen, Erin Munoz, Paul Munoz, and Nazret Z. Gebremeskel say that Wyndham makes misrepresentations to customers about numerous features in their vacation plans, ranging from the value of timeshare points to the cleaning services that are available to the vacationers. Ring of Fire’s Farron Cousins discusses this with Scott Hardy from Top Class Actions.

Farron Cousins:                  For decades, American consumers have been talking about the fact that they got duped by a timeshare. You know, it’s been the subject of sit-com episodes. Comedians have taken up the issue of timeshares as possibly one of the biggest scams that corporations have really ever pulled on American citizens. Well, believe it or not, there’s actually some decent timeshares out there, but there’s also some really bad actors in the timeshare business. Joining me now to talk about what’s happening is Scott Hardy with Top Class Actions. And Scott, you’ve seeing the jokes just as I have, you know, people out there joking about getting duped into buying this timeshare.

You know, most people don’t even necessarily understand what a time share is. But a lot of us thought, okay, maybe this is just something that happened in the 70s and the 80s but this is still going on today. And as I mentioned, there’s some decent ones out there. You know, you could, you could probably get a good deal, but there’s also some people who are looking to make a quick profit. And that’s what we’re seeing right now with a new class action lawsuit, isn’t it?

Scott Hardy:                          Exactly. It’s, it’s not like when I was a kid, my parents at a timeshare in Pinetop, Arizona. It, they got, they bought in, they had a week every quarter, and so at least a week every quarter we’d go up to pine top for at least a few days and spend time at this timeshare. It was great, but it was very easy to understand and if you didn’t want to use that week, you could put it in your bank and we go to other places or around the country. Now the Wyndham class action is stating that it’s not that simple anymore. Now when you go ahead and you go to that timeshare meeting and you buy into it, you’re issued points instead of just saying, I get a week at this resort every single year.

No, no. You get points and if you want to use those points, you better book that at least a year in advance. If you don’t book it a year in advance, it may not be available. Oh. But don’t worry if it’s not available, you can always buy more points. And so you’re constantly spending money to go ahead and to use your timeshare that you’ve already paid for. I mean, it’s so bad that one of these, one of the allegations within the class action is that they weren’t even issued a parking pass for their existing timeshare that they’d already bought into until they attended another hours long meeting for an upsell. I mean, come on, what the heck is going on?

Farron Cousins:                  You know, that’s, that’s part of the thing too, is always with the upsell. You got to sit through the meetings, you got to go to these events, you have to be there. And then to add on to the fact that, oh, if you actually want to use this thing you’ve already bought, you have to pay us more money. I mean, you know, consumers, obviously were not aware of this when they purchased from Wyndham resorts here. This was just what Wyndham kind of sucked them with with the, the fine print, you know, getting them to sign these documents and then revealing, oh totally forgot to give you these other pages of it.

But that’s all right. You’ve already signed. We’ve got you now and hopefully, you know, these claimants here will be able to get Wyndham to stop this practice. Because that’s the ultimate goal with this is not just to get these people some of their money back and to get them to be able to use the product they purchased, it’s to get this to stop. Because if these lawsuits are not filed, Windham has no incentive whatsoever to stop doing this, do they?

Scott Hardy:                          Exactly. They’ll keep doing it. You know, they’ve already gotten dinged before in the past a couple of times. They’ve already paid out millions of dollars as part of their timeshare practices, but they keep figuring out new ways, according to this class action to really dupe their, their buyer’s into spending more money. I mean this, this article has received more than 165 comments, 824 shares. And that’s a lot of people that are saying that are sitting there online complaining about this process, this process. They’re not saying Wyndham’s a bad resort. They’re not saying they’re bad hotels. They’re saying we love them. We just like to be able to use it and get what we paid for and I think that’s a very fair thing to ask.

Farron Cousins:                  Oh, absolutely. And, you know, you made a good point there is that Wyndham in this particular instance appears to be a repeat offender. You know, they’ve already been popped by state governments. Back in 2007 there was another class action lawsuit against them. And then here we are, 12 years later, we’ve got another one. Wyndham has clearly been laying out a pattern of behavior for lawyers to follow, which really leads me to believe that, I think the plaintiffs have a very good shot at a victory here.

When you can establish that, look, the company did it, then they did it here and now they’re obviously doing it again. Let’s cut through all this. Let’s get them to stop doing this and let’s make them pay for it so we can all move on. I think that’s a pretty easy case for, for these lawyers here.

Scott Hardy:                          Exactly. You know, let’s just hope the lawyers can, can make Wyndham update, change their business practices and take care of the people who love their resorts. And that’s the big thing is if you’re buying into it, you know, yes, it’s a high pressure sales tactic for a timeshare, but they’re buying in because they love the experience. They love the resort, they want to use it, they want to be able to spend their time at these beautiful Wyndham properties and I sure hope they enable that for these buyers.

Farron Cousins:                  Absolutely. For more information about this particular issue, follow the link in the description of this video. Head on over to Top Class Actions and while you’re there, make sure you sign up for their weekly newsletter. Scott Hardy with Top Class Actions. Thank you very much for telling us this story today.