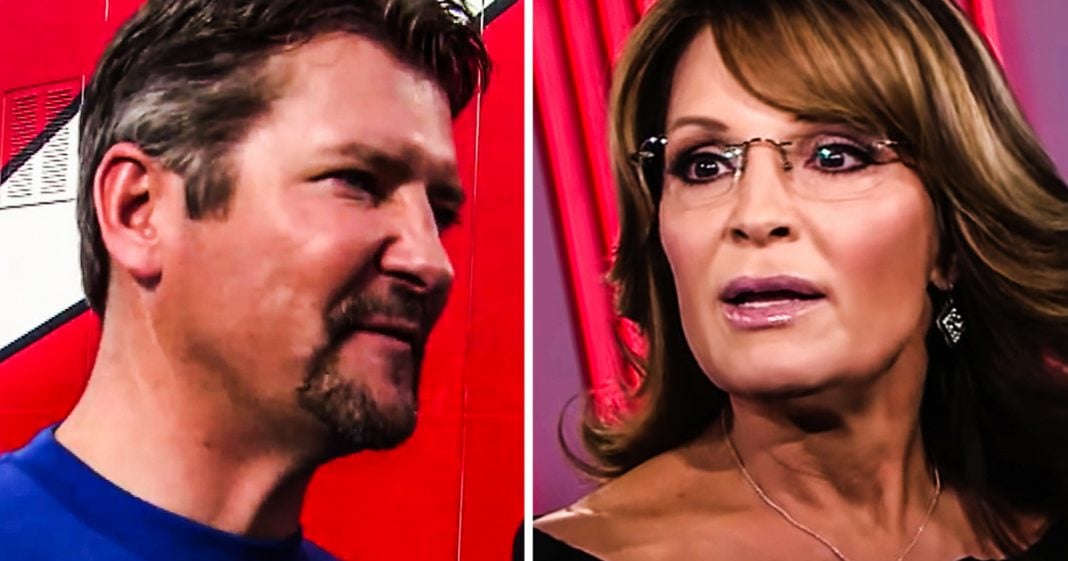 Todd Palin, the husband of former Alaska governor and failed vice presidential candidate Sarah Palin, filed for divorce late last week saying in the filing that he found it impossible to live with Sarah as “husband and wife.” This is just the latest in the long line of family problems facing the “family values” conservative, and shows just how hypocritical Sarah has always been. Ring of Fire’s Farron Cousins discusses this.

*This transcript was generated by a third-party transcription software company, so please excuse any typos.
At one point, Sarah Pailin, the former half term governor of Alaska, turned failed vice presidential candidate in 2008 said the following quote, she said, don’t listen to liberals when they mock family values like there are some relic of an ancient past. Rather pass them onto your kids and watch what God does to change the world. Well, God certainly has changed. Sarah Palin’s world now hasnt he, aside from the fact that her daughter now has two children out of wedlock, even though she’s still advocating for abstinence only education in spite of the fact that her son threatened her with a gun, Sarah Palin still goes out there and says that liberals are the ones with absolutely no family values and they’re just tearing the American family apart. Well, as of this past Friday, the Pailin family itself is being torn apart even further. As Todd Pailin, Sarah Palin’s husband filed for divorce saying in the filing that it was impossible to live with her.
Now here’s the thing. I’m not going to sit and gloat over somebody getting a divorce. I’m not going to mock them because they’re getting a divorce. What I’m going to talk about here is the absolute utter hypocrisy from Republicans. And it’s not just with Sarah Pailin, although she is a prime example of it. We have seen for decades now, Republicans tell us that liberals want to destroy the American family, right? That’s their culture war. They want to harm children with abortion. They want to tear apart the family unit. You know, homosexuality is going to absolutely destroy heterosexual marriage. Well, it turns out the best way to destroy a heterosexual marriage is to be a crazy right-wing idealogue because that’s what’s happening in this Sarah Pailin instance. And it’s pretty much what happened with Donald Trump. I mean, Newt Gingrich, the list goes on and on and on. Ted Haggard, uh, all these folks.
And look at what’s happening right now with Jerry Falwell that holier than thou folk who’s now been busted, accidentally sending genital pictures to or not sending genitals pictures, excuse me. Uh, allegedly sending a racy picture of his wife while bragging about the size of his genitals. Um, so yeah, folks, those are your family values, conservatives for you. You know the people who think that family’s the greatest thing ever, but also that it’s totally cool if the president of the United States has an affair with a porn star. Four months after his wife gave birth to their child, four months after his third wife gave birth to his child. Just to make sure we’re all on the same page here, conservatives do not by any stretch of the imagine, imagination have any kind of monopoly on family values. And in fact, as we’re beginning to learn here, the ones who go out there and yell the loudest about the sanctity of marriage, the sanctity of the children, they tend to be the ones with the most problems. And if you need further evidence of that, I suggest you just go back and read the family history of Sarah Pailin because that woman who always screamed the family was the most important thing in the world. And Liberals wanted to destroy it has absolutely ruined every part of her own family tree.