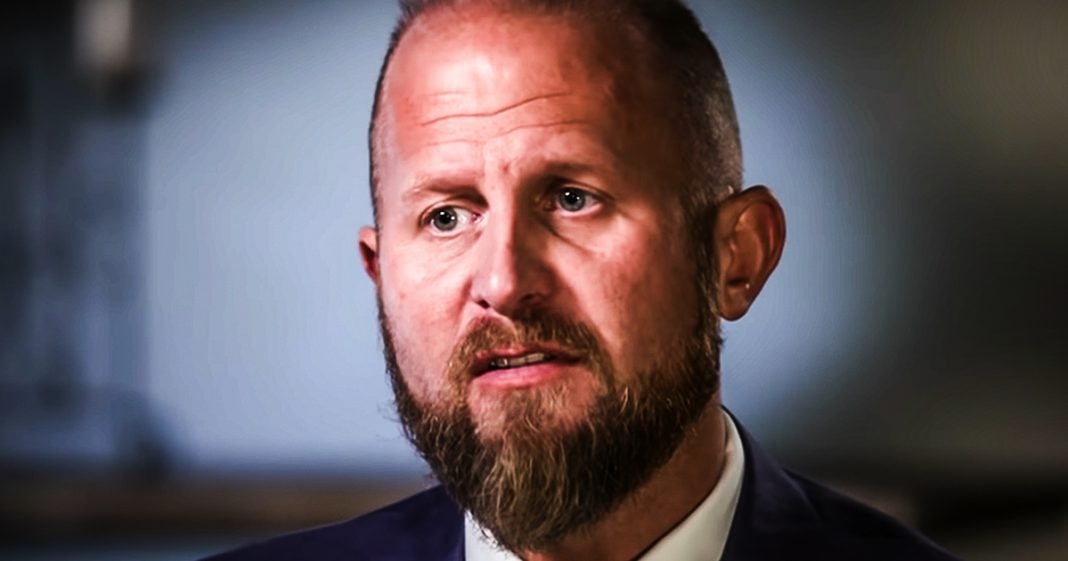 Brad Parscale, Donald Trump’s 2020 Campaign Manager, told a gathering of Republican delegates in California this weekend that the Trump family will be a political “dynasty” that will rule in America for decades. If you needed any further proof that the 2020 election really is about the future of this country, this statement from Parscale should do it. Ring of Fire’s Farron Cousins discusses this.

*This transcript was generated by a third-party transcription software company, so please excuse any typos.
Over the weekend. Brad Parscale, who is Donald Trump’s 2020 campaign manager, uh, basically told a group of Republican delegates in the state of California that the Trumps are going to be a political dynasty that is likely to rule this country for decades. His exact words were the Trump’s will be a dynasty that will last for decades, propelling the Republican party into a new party, one that will adapt to changing cultures. One must continue to adapt while keeping the conservative values that we believe in. I just think they’re a dynasty. I think they are all amazing people with amazing capabilities. According to Brad Parscale decades, folks get ready for it. That’s apparently what’s going to happen. I mean just a few days ago, we had a conservative strategist, Rick Wilson warn. He wasn’t predicting. He was actually warning that Donald Trump jr is going to run for president in 2024 regardless of what happens to his father in the 2020 presidential election.
So that’s the thing that’s likely to happen. I mean, we’ve discussed that in the past. Jr has expressed interest in it. He is traveling the country right now, uh, doing little campaign stops, some of which you’re not getting anyone showing up to, but he’s doing it. He’s out there letting people know that, heck, I’m just like you. I just don’t want to be anywhere near you. And it’s really not working for him. And I think that’s what Parscale doesn’t seem to understand. Donald Trump came at a time when the country was basically choosing between what wanted to be a political dynasty and literally anything else, right? He benefited from right place at the right time, spreading his populist lies, telling us he was going to lower our prescription drug prices. He was going to do something about immigration, but he didn’t tell us it meant locking people in cages.
You know, basically, I’m going to make your life a little better. Now. Most of us didn’t fall for the con, but enough people did that he won the electoral college. And therefore the presidency, that’s not the kind of formula you can repeat. I mean, maybe if the Democrats put up somebody like Biden, maybe you can repeat that. Uh, but that’s highly unlikely that he can piggyback off of that same success, let alone having his own children start running for office, I guess successively maybe Trump jr for eight years, then Eric for eight years, then Ivanka for eight years. Then by that point, I don’t know how old baron is. Maybe he’ll be ready. If not, maybe we go to Tiffany Trump for eight years, then we go to baron for eight years. That’s what Parscale wants. That’s what the Trump family wants. They want to be the new Kennedys.
They want to be the Clintons. While America is just saying, Hey, can we please move away from all of these political dynasties? We’re a little bit sick of them and they’re really not doing anything beneficial for the country. Very sorry to the a Kennedy family for having to say that. Uh, but here’s the thing folks. People want different, people want change. That’s what they’re clamoring for right now. They want something better and the same old same old isn’t going to cut. It doesn’t matter if it’s a president who’s been in office for two and a half years who’s come along and made things worse. It doesn’t matter if it’s a political dynasty that kind of disappeared for a few years and then suddenly came back and is challenging Ed Marquis for his Senate seat. So what’s happening with, um, Joe Kennedy up in, uh, the northeast? I mean that, that’s ridiculous. It’s not like you’re a progressive challenger coming in, going after a corporate democrat. You’re basically a corporate Democrat, challenging somebody who is slightly less corporate than you. You’re actually worse, but they feel entitled to it. And that’s what’s happening with the Trump family. And if Brad Parscale has his way, he’s going to make damn sure that we do have decades of Trump rule here in the United States. If, of course there is a United States left by the time Trump leaves office.