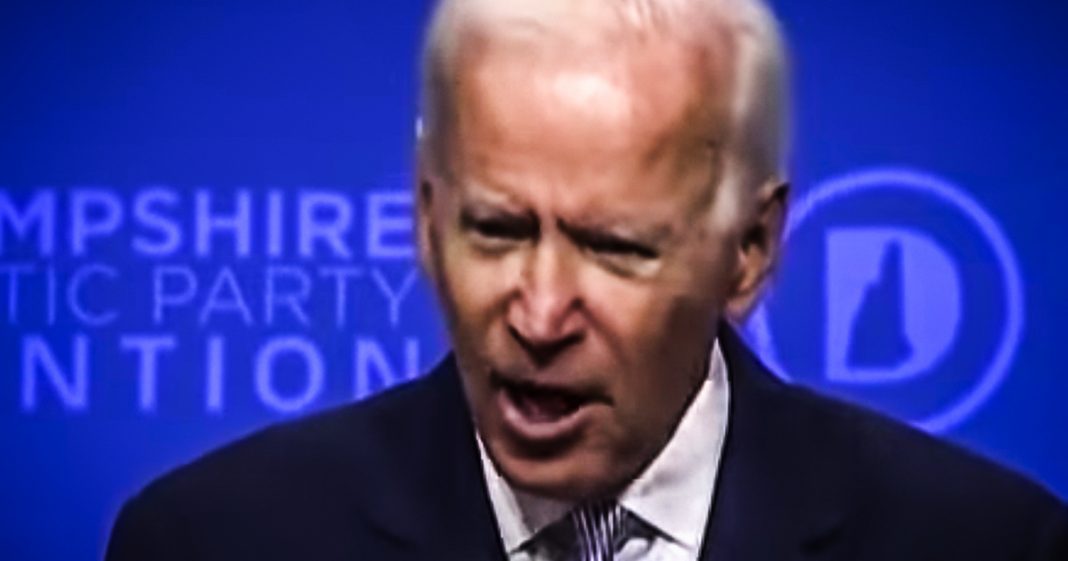 Less than a quarter of Democratic voters see Joe Biden as the best person suited to lead America, yet nearly half of them see him as the “most electable.” So they don’t think he’ll be a good leader, but they also don’t think he can lose the election? This is why the “electability” argument is pure garbage. Democrats need to vote for the person they want to lead the country, not the person they feel will beat Trump. Ring of Fire’s Farron Cousins explains what’s happening.

*This transcript was generated by a third-party transcription software company, so please excuse any typos.
Uh, yesterday an article caught my attention form ABC news, the headline was, Warren gains, Harris slips in the room for improvement is vast and that basically means nothing, but that’s not why it caught my attention. What caught my attention was a little, you know, the little a teaser I guess that came along with it that said that Joe Biden is still seen as the most electable. Though a majority of people don’t see him as the best choice for the country. Now that struck me as odd. Why on Earth would people say that? Yes, Joe Biden is the most electable out of all the Democrats. He also would not be a good president at all. Seems pretty counter intuitive, right? Like if you say yes, dammit, pizza would be the best dinner option. Also, God, I hate pizza. That makes no sense folks. And yet that is exactly what the respondents in this new ABC News, Washington Post poll had to say.
And I just have to wonder who these people are. According to the poll results results, 42% of registered Democrats said that, yes, Joe Biden is absolutely the most electable Democrat running for office right now. But only 23% of them said that he was the right choice. So 42% say he’s our best bet in 23% say he’s the best choice. Shouldn’t those numbers match in reality? Yes, they should. But to be honest, I’m glad they don’t because this only further proves the point that the entire electability argument is pure trash. Joe Biden, first and foremost, is not the most electable Democrat. If you put Joe Biden up as the Democratic nominee, get ready for four more years of Trump, there’s no way he beats him. None. Not-a never going to happen. Okay? Joe Biden is a walking, talking GAF machine, and even Democrats understand that and he embarrasses us.
Trump is too, don’t get me wrong, except that his gaffes don’t bother his base. They just adjust their own reality and suddenly his GAF has. Now the truth, Democrats, we can’t do that because we’re not insane. Trump’s supporters are, but we’re not. So when Joe Biden comes out and tries to rewrite history, we have to say, hey, um, no, we don’t go through our memory and erase the actual truth and replace it with the Biden truth. But that’s what Trump’s supporters do. So no, Biden is not the most electable. Those gaps are going to cost him dearly. Once we head into the actual primaries. The thing about electability is, do you know who the most electable person is? The person you want to vote for? That’s what makes them electable. It’s right there in the word elect. It’s in there. So who you want to vote for that is the person that is electable? Let’s stop.
and I’m saying this to every polling agency here in the United States. Stop asking the damn question of who is the most electable because that is a question that means absolutely nothing and voters stop answering that question or stop paying attention to the poll results because the person who’s the most electable to you for you is the person you want to vote for. We have a primary process going on right now for a good reason to vet these candidates to see who has the best ideas. Let’s vote on those. Let’s vote on the ideas. Not Focus only on who’s going to beat Donald Trump because we got it wrong last time and you’re getting it wrong again. This time, beating Donald Trump is not the most important thing in 2020 it’s simply isn’t. It can’t be. This isn’t a team sport, okay? We’re not rooting for our team to just beat the other team. It doesn’t matter if it’s a one point victory, as long as we win, we win. No, we want to go out there and see that our office is kicking ass. Our defense is out there killing it and our special teams are the best in the country. It’s not just about winning. It’s about how we win and why we win and that’s what this primary processes about. You know, consider this, the political playoffs
and Joe Biden lucked in there as a wild card because everybody knew his name
and that’s not going to get them to the final round. It’s not going to get them to the Super Bowl, which is the 2020 presidential election. We’ve got candidates out there who have real policies, real solutions, and real ideas on how to get us there. Joe Biden isn’t one of them. Those people running on policies and platforms and plans and ideas, they’re the most electable because the people like their positions the best. That’s the bottom line. Those are the people you need to spend your time looking at and analyzing and critiquing and finding out who’s ideas best suit your needs as a human being and then after you’ve assessed it for yourself, who would be best for the country, and if we all took that wonderful, great introspective look, not just at ourselves, but at our candidates. I’m pretty sure most of us, if we’re not on the top, 1% probably wouldn’t decide on Joe Biden at that point.