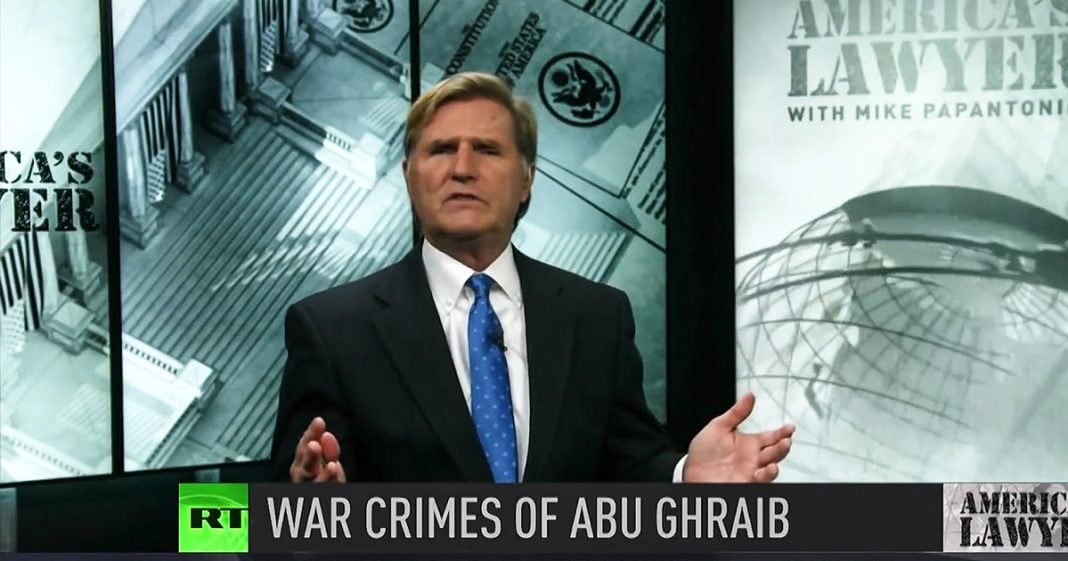 Via America’s Lawyer: A three judge panel from the Fourth Circuit Court of Appeals decided that they would allow a lawsuit to proceed against a defense contractor who supplied the federal government with interrogators at Abu Ghraib. Mike Papantonio explains more.

And finally tonight, some good news. A three judge panel from the Fourth Circuit Court of Appeals decided that they would allow a lawsuit to proceed against a defense contractor who supplied the federal government with interrogators at Abu Ghraib. The lawsuit was filed by Iraqi citizens who had been tortured while detained in US custody. The torture that took place at Abu Ghraib became public knowledge in April, 2004 when horrendous photos of prisoners were leaked to the media.

These images showed that, they showed the entire world exactly what the Bush administration was doing as part of their war on terror, even though roughly 90% of the detainees at Abu Ghraib were later found to be innocent. Prosecutors of the soldiers seen in those photos happened years ago, but the defense contractors who were also part of the torture have yet to face the music for their actions. But thanks to this Fourth Circuit decision, the day of reckoning is clearly on the horizon for those contractors who committed these war crimes.

That’s all for tonight. Find us on Facebook @facebook.com/rtamericaslawyer and follow us on Twitter @americaslawyer. You can watch all RT America programs on Direct TV, Channel 321 and stream them live on youtube @youtube.com/rtamerica. I’m Mike Papantonio, and this is America’s Lawyer, where every week we tell you stories that corporate media is ordered not to tell because their advertisers won’t let them. Have a great night.