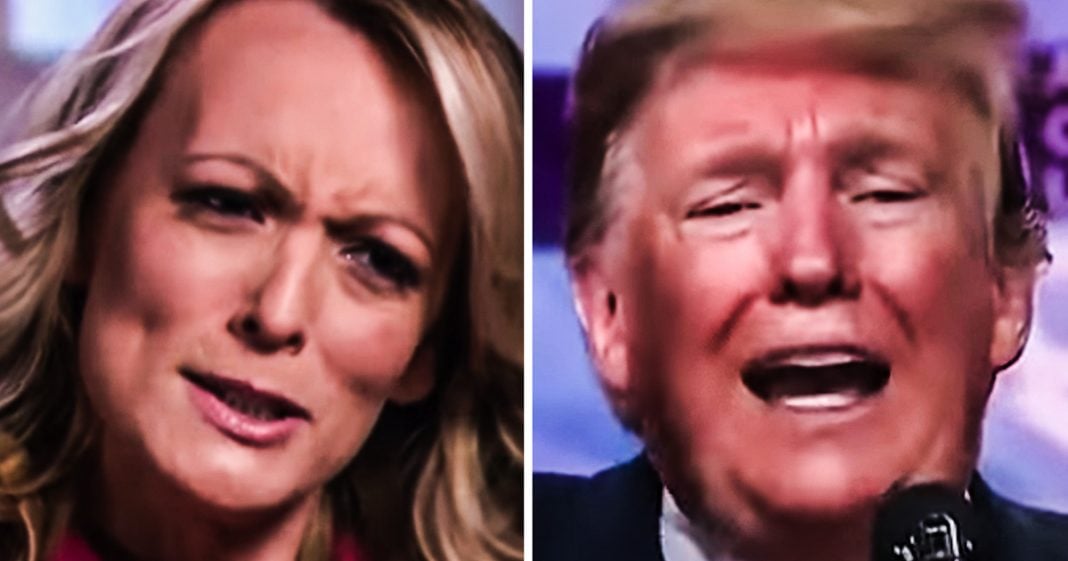 Democrats in the House are investigating Donald Trump’s hush money payments to Stormy Daniels, which may mean that Daniels (Stephanie Clifford) will have to appear before Congress. And she is ready. On Twitter, Daniels said that she is ready and willing to testify under oath in Congress, and that isn’t going to be good for Donald Trump. Ring of Fire’s Farron Cousins discusses this.

*This transcript was generated by a third-party transcription software company, so please excuse any typos.
Democrats in the US house of Representative are ramping up their investigations of Donald Trump, and they’re finally going to start focusing on one of the issues that they’ve, let’s be honest, they pretty much ignored since they retook power earlier this year. And that is of course the issue of the Stormy Daniels hush money payment. Obviously Donald Trump’s fixer, Michael Cohen is sitting in jail right now, partly because of that hush money payment. That was one of the charges against him. And that’s why Michael Cohen is in prison. And yet Donald Trump is not, for some reason, he’s the one who directed it, uh, based on all of the available evidence. And now the Democrats in the house pretty much want answers as to why this guy go down, but not this guy. And they’re going to get answers directly from the source. They’ve already got all the information they want from Michael Colon, but there’s still somebody else.
They need to talk to stormy Daniels. And According to Stormy herself, Aka Stephanie Clifford, there’s her legal name. Uh, she is ready and willing to go to Congress and spill all of those horribly disgusting beans. Here’s what she said on Twitter. I have no fear of being under oath because I have been and will be honest. Bring it. And this is beautiful. I absolutely love this thought. I love this idea. I love this plan. I love stormy Daniels because I think this is phenomenal. I think this is the path of the investigations into Donald Trump needed to go. We know that his fixer, the dude who, you know, made the payment, did it to keep the story buried to protect Donald Trump’s campaign. We also, according to Cohen and from what it sounds like on the tapes that have been released, pretty much can, uh, verify the Donald Trump directed these payments, which would also be illegal.
So Donald Trump should be charged for this. Stormy Daniels knows who sent the money. She was talking with these people. They understand what happened, they know why it happened, and now hopefully we’ll get to hear it from her under oath. Again, all of those disgusting details, maybe, hopefully we can avoid that. The actual talk of the affair. We don’t need any of that, but we do need to know the logistics of the hush money payment. And you know what? While you have got her in Congress under oath, how about you go ahead and have her spill all those dirty little details about Michael Avenatti as well, right? I mean she’s alleging that he stole a ton of money from her, so why not have her while she’s under oath. Go ahead and get that into the congressional record as well. So that may be the professional grifter Michael Avenatti can also maybe one day have to answer for his alleged criminal activity. People Watch ring of fire enough. Understand why I’m a little angry towards Avenatti. He’s even angrier at me though, so it makes it all okay. But nonetheless, again, I like this path of investigations. This is something you could very easily tie Donald Trump too. This is something we’ve essentially already tied Donald Trump too with the available evidence. And again, the audio recordings. This is the slam dunk for the Democrats, and hopefully Stormy Daniels does have enough details about the payments and behind the scenes of the payments to take down this president.