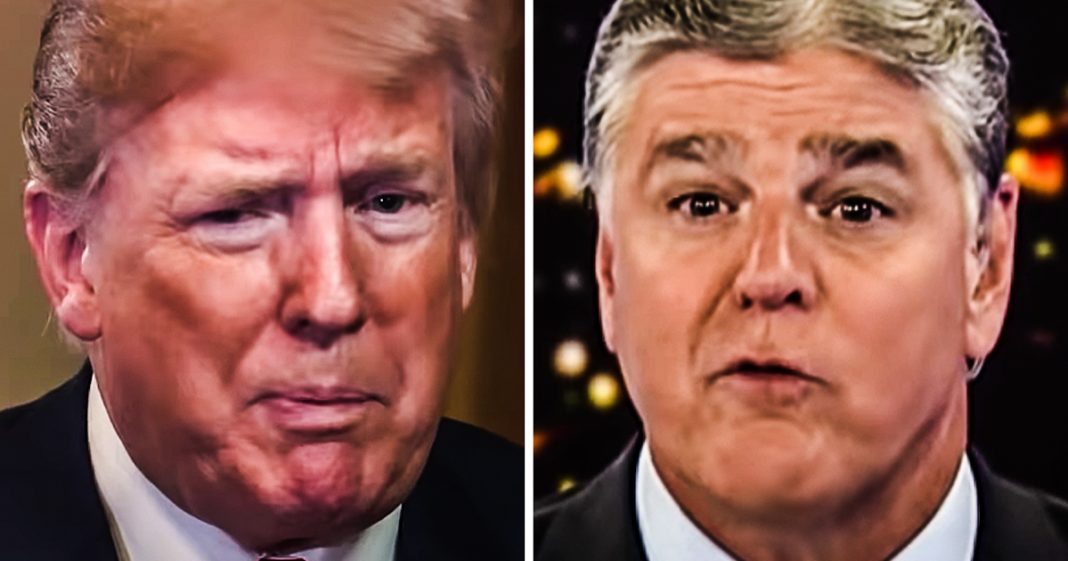 Fox News hosts love Trump’s Twitter meltdowns and insane rants. The rest of the public? Not so much. But Fox’s praise of Trump’s worst habits causes the President to believe that he’s on the right track, and that could easily cost him the election. Is the Fox News security blanket actually acting as Trump’s worst enemy? Ring of Fire’s Farron Cousins examines this issue.

*This transcript was generated by a third-party transcription software company, so please excuse any typos.
So, as we all know, recently Donald Trump has been lashing out more and more at his good buddies over at Fox News. He’s unhappy with their polling. He’s unhappy that some of the hosts are calling him out for his lies and he thinks he deserves better. But there is a reason Trump should be lashing out at Fox News though. Unfortunately it’s not the reason he is lashing out at him. And the reason you should be mad at them is because they are truly his worst enemy because they are loling him into a false sense of security. Making him believe that the things he is doing in terms of attacking the squad, attacking Baltimore, attacking Elijah Cummings, everything with the tariffs and the trade war, everything with the wall and the child internment camps, they’re making him believe that these are winning issues and that he can do no wrong and that he needs to keep doing them.
Or at least that is what Todd Gitlin, a Columbia University professor said in a recent op-ed for USA Today. And I agree wholeheartedly with what, uh, Mr Gatlin had to say here. Because when you think about it, it actually makes a lot of sense. Uh, Todd Gatlin points out that while these things Trump does and the things Fox News priase him for, they do rouse that Fox News hard right rabid base, but it turns off literally everyone else. You can’t win an election with only Fox News viewers. I am, please understand that folks. I Know Fox News is the most watch cable news that blah, blah, la la. Less than 1% of the US population watches Fox News less than one per cent. When you break it down by the numbers, that’s what it is. You know, roughly 330 million people in this country, none of their shows typically break the 3 million mark.
Occasionally they do. So anyway, yeah, you’re talking about 1% or less of the US population watching Fox News at any given time. That’s not enough to win an election. That’s not enough to win a single state at this point. Basing it only on those who watch Fox News, but that is who Donald Trump is playing to now because the network has become a great echo chamber for him. He says something stupid. They go out there and explain why it’s secretly brilliant. Their viewers eat it up and go out there and regurgitate it to a public that looks at them with the Tucker Carlson face the
Because nobody else buys into it. I don’t even think that. Deep down the Fox News host buy into it, with the exception of Hannity and Carlson, and of course, Stuart Varney, who adamantly says that Trump has never lied ever. Not once, no, never even when presented with clear evidence that he lied, Stuart Varney still doubles down and says, no, no, it never happened. Now here’s the thing, Fox News. By constantly agreeing with the president and telling him how wonderful he is, may actually end up being his undoing, and I cannot think of anything that would be better for this entire administration. And of course for the network itself.