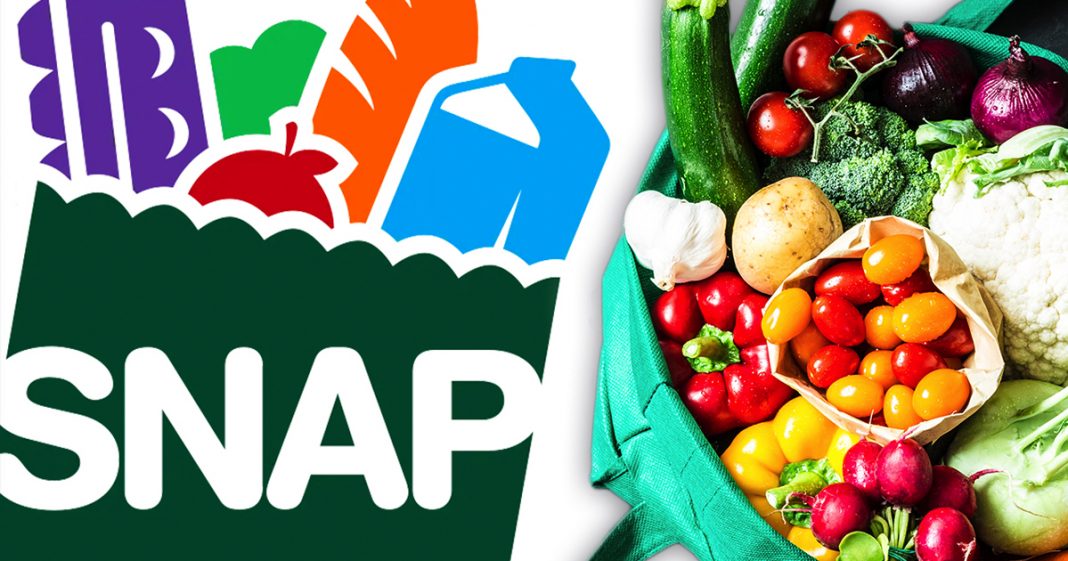 Donald Trump, like all other Republicans since the 1980’s, believes that we need to cut welfare programs because we have to pay for those tax cuts for the wealthy. But the sad reality is that the people responsible for putting Republicans in power are the ones who are going to feel the squeeze the hardest, according to the data. Ring of Fire’s Farron Cousins discusses this.

*This transcript was generated by a third-party transcription software company, so please excuse any typos.
The Trump administration has been making some changes to some of our social safety net programs. One of those being the snap program or food stamps. And one of the changes they’ve made, they, they’re, they’re getting rid of the broad based categorical categorical eligibility, which basically just means that if you’re poor, but maybe you have a little bit of money saved up and that money you have or the assets you hold put you just a little bit above the poverty level, uh, now you’re not going to get food stamps. In the past before this thing was scrapped, it would say, hey, it’s okay if you’re a little bit above the level, your income shows that you would be below the level, but apparently you saved a little money. Maybe you have a house and it puts you over it, so you’re okay. You’re not going to fall off the cliff.
We’re still gonna protect you. The Trump administration wants to do away with that because it’s gonna save them about $10 billion, uh, over the next few years. And that $10 billion they’re going to save obviously has to go to the tax cuts for the wealthy. But here’s the kicker. This new change is gonna kick 3.6 million Americans, including 500,000 children off the snap program. Or excuse me, there’s 500,000 children up. Sorry. It’s not just that they’re losing their food stamps. Uh, they’re also losing their free and reduced school lunches too. So basically we’re gonna, uh, starve children to pay for tax cuts for the wealthy elite. Oh, but it gets so much worse too for the president because the majority of people who are going to lose these benefits happen to reside in red states. Out of the 3.6 million people, 1.9 million of them are red states citizens. So slight majority, but a majority nonetheless, Donald Trump has screwing over his own voters because he wants to put more money in his own pocket through the tax cut.
That’s what this is about, folks. That’s what this is. And to be fair, Trump’s not doing anything out of the ordinary here. This is exactly what every republican president since 1980 has wanted to do and most of them have to some degree. This has been the policy of the United States since Ronald Reagan was sworn into office, cut the social safety net programs to pay for tax cuts for the wealthy starve children in this country because the top 1% needed a little bit more money in their pockets. And that’s exactly what’s happening here. What kills me about these stories, and again, literally 40 years now, is how those red states are the people who put these Republicans in power, who then turn around and take everything from them and yet then somehow try to blame. Oh, it’s not because of us. It’s because of immigrants. It’s because of people with a different color skin.
Oh, it’s because of people who worship a different God than you. They create the problems for their own constituents and then lie to them about the causes and that’s how they keep getting reelected. Red State voters got to wake up here. You do have real enemies in this country, but it’s the people who you keep putting in office. They and they alone are the ones who are screwing you over. They’re screwing you over to give more money to their donors. They’re screwing their a you over because they’re taking money from your boss and doing whatever your boss says. Maybe they don’t want to raise the minimum wage. So Republicans are fighting that and you’re the ones putting them in office. You have to wake up. You have to understand the damage that you are doing to yourself and to this entire country. But it’s easier to tie it back to your own personal experiences. The people you keep putting in office, the people you keep putting into power are the ones who are making your lives a living hell.