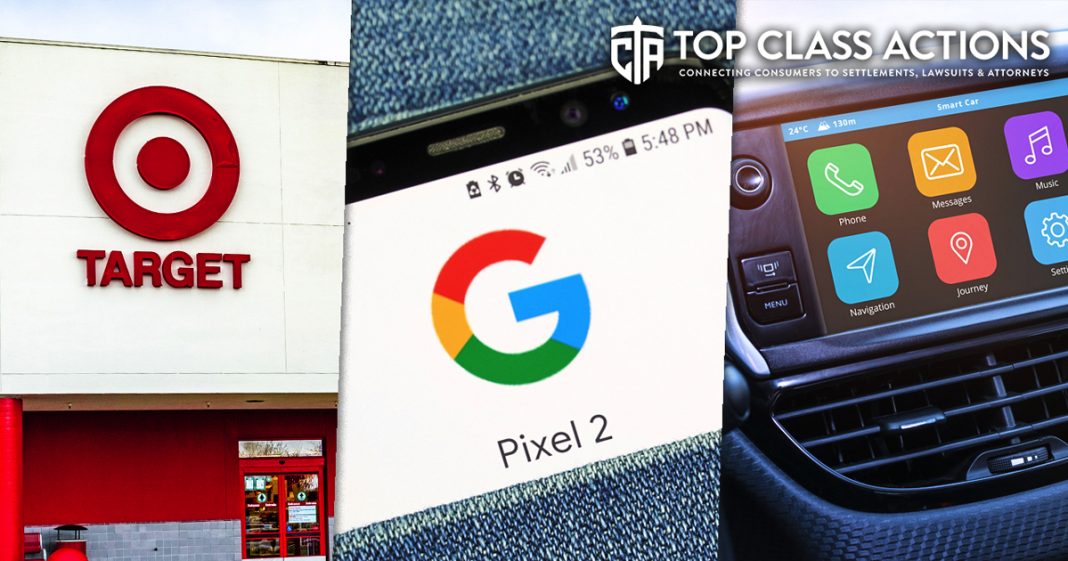 Farron Cousins:                  Right now, there is $31 million available for consumers on several different class action settlements that were recently announced. And I have Scott Hardy from Top Class Actions with me right now to talk about how you can qualify for some of this multimillion dollar pot. Scott, thanks for being with me today.

Farron Cousins:                  You know, this is always one of my favorite things to talk with you about because we, we don’t have to talk about how horrible everybody is. These are the good ones. You know, this is the one where people can sign up and get paid and some of these settlements here, there are some big ones. So let’s start at the very top. We’ve got Target debt collection class action, $7 million available, available with this settlement. Tell us this one.

Scott Hardy:                          Sure. So this class action alleged that Target was illegally calling their credit card holders and according to the class action, harassing them about unpaid debts. And so if you had a Target credit card, it’s highly likely, especially if you even went a month in arrears or a little late, that you’ve got one of these phone calls and you may very well be able to claim up to $70 and so, and this is an estimate for this class action settlement. I don’t think that they’re going to have much of a claim rate for this one. I think that, you know, if you’ve got the Target credit card, go on, submit your claim, see if you qualify, because they’re gonna run your phone number and you’ll know right away whether you qualify.

Run your phone number, run your spouse’s phone number or run your home phone number if you’ve got a home phone and see if any of those qualify. Because I think this one could be significantly more than $70 due to a potential low claim rate.

Farron Cousins:                  And it’s also important to, to note here, it’s not just if you had a, you know, balance on this, some of these people said they didn’t even have debt on this particular account. They were not debtors, I guess, to Target. So, you know, even if you didn’t owe a balance, this is certainly something that could easily apply. And I do encourage everyone as Scott mentioned, please follow the link in the description here. There’s three different links, one for each of the settlements we’re talking about today. And see if you qualify, it’s going to take just a few minutes.

Definitely worth it, even if it is just the $70, you know, and as Scott mentioned, definitely could be more, but 70 bucks for, you know, two or three minutes of your time at most. Absolutely 100% worth it here. So Scott, let’s move on. We’ve got a really big one here with Ford and Lincoln vehicles. This one is about $17 million. Lay this one out for us.

Farron Cousins:                  And we’re looking at states here. This one has California, Massachusetts, New Jersey, North Carolina, Ohio, Virginia and Washington. Any my Ford touch or my Lincoln touch that had this, you know, Ford, Lincoln infotainment system, that’s what this particular one is involving. And if you’ve in the past, if you paid out of pocket to have it repaired, depending on how many times you had it repaired, you can get, you know, quite a hefty sum here. So again, always worth it to go check it out if you have one of these vehicles, see if you qualify here. And now, Scott, we’ve got another $7 million one. This is about Google Pixel and their, their phones. So tell us what’s happening with, with this particular settlement.

Farron Cousins:                  And as we always say, it only takes a few minutes folks to see if you qualify for this. So please do follow the links in the description of this video. It is well worth it. These companies, you know, whether or not they admit wrongdoing, which a lot of times in settlements they say, oh, we’re not going to admit we did something wrong, but we will give you money because we obviously did something wrong. So it’s well worth it. This is money that you are owed. Somehow some way or another you got duped with these products, unfortunately.

So go and claim what is rightfully yours. These lawyers and plaintiffs fought very hard for this. Do not let them down. Follow the links in the description of this video. Check out each of these individual settlements and of course, while you’re on topclassactions.com make sure you sign up for their weekly newsletter. Scott Hardy with Top Class Actions. Always a pleasure talking to you.