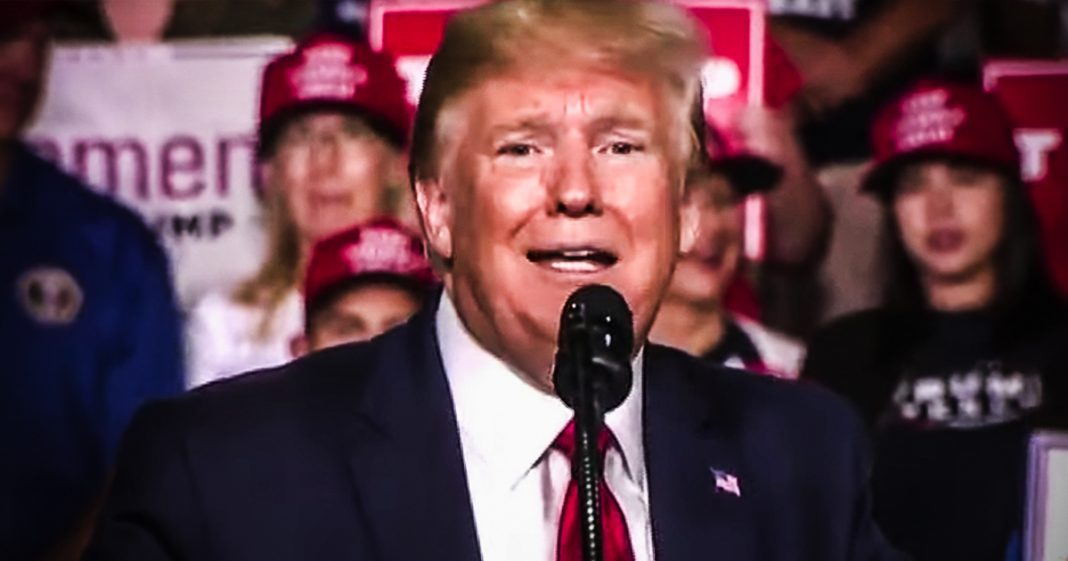 A woman from Florida who voted for Donald Trump in 2016 has published an op-ed saying that she not only regrets her vote, but that she is shocked at how much chaos the President has caused. It is great that she understands her mistakes and owns up to them, but to say that the level of chaos is shocking is a bit over the top. Everyone who was paying attention knew this administration would be a disaster, as Ring of Fire’s Farron Cousins explains.

*This transcript was generated by a third-party transcription software company, so please excuse any typos.
A Florida woman by the name of Angela Ryan has written an op Ed for the independent where she expressed her disgust with herself over her vote for Donald Trump in 2016 now, Ms. Ryan had stated the fact that the reason she ended up, you know, deciding, yeah, I guess Trump’s my guy is because she was shocked, absolutely shocked about the fact that James Komie came out just a few days before the election and said, hey, we’re reopening this FBI investigation into Hillary Clinton and her emails, which isn’t exactly what they did. They were looking at other people. They weren’t looking at Hillary Clinton, but Komi phrased it in a way that would suggest that Hillary Clinton was still under investigation and Angela Ryan and her op Ed admits. She thought, well, this is, I can’t vote for somebody who was under investigation by the FBI. That’s ridiculous. Of course I’m going to vote for Donald Trump. I am a Republican. After all I had hoped, she said in her op-ed that other Republicans were going to come in and you know, kind of make him not be crazy cause she said she was disgusted with some of the things he did on the campaign trail and the sideshow he had created within the Republican Party. But screw it, she voted for him anyway.
And now she regrets it as many Trump voters do. Not even most, but many. There’s plenty. We’ve seen them. Joe Walsh is out there every day. Anthony Scaramucci. He’s out there every day. Oops. They all made mistakes and they’re admitting it. And that’s good. Right? That’s nice. It’s really good for personal growth that these people admit that, yeah, I made a mistake. I understand that and I am sorry that I did it. But then the op Ed kind of goes into territory that makes you really think, really, here’s a couple of lines. Uh, there are no guardrails. There are no checks and balances. Legal subpoenas. Trump says, ignore them or makes up some bogus immunity claim. Trump and Barr spit in the face of our legal system as our elected leaders, Democrats and Republicans alike refuse to hold this administration accountable. I’d taken for granted in America that was the world’s leading democracy, a believer in human rights in a nation that valued the melting pot that made us the envy of all. Never in my wildest dreams could I have imagined a presidency like this one. Really, now that I find hard to believe, never in my wildest dreams could I have imagined this.
Were you not paying attention on the campaign trail? I mean, were you only watching conservative media?
because all of the rest of us outside of conservative media warned that these things would happen. That it was going to be a complete, as she says in her own article, shit show. I mean, that’s actually the word she used to describe it and she shocked that it has become that,
but those of us who didn’t vote for Trump are not shocked, we’re not surprised. There is nothing this man does that actually makes us think, oh my God, I can’t believe he did that. No. You know, the attacking the city of Baltimore, locking kids in cages, drawing on a hurricane map so he doesn’t have to admit he’s wrong. Those are crazy things. Those are inhumane things. Those are disgusting things. Those are illegal things. Some of them, but none of it’s shocking. This is right on par with what we expected from the president who had already been credibly accused of sexual assault or harassment by nearly two dozen women by who was caught, uh, who was caught on tape saying he likes to grab women by the genitals. The man who had bankrupted a casino, an airline, a university that turned out to be a complete fraud.
Yeah. Everything in this man’s past pointed to the fact that he was going to be horrible and things were going to get really, really bad. There’s nothing shocking about any of that. We all predicted it. We all tried to warn the Public. And we’ve been warning them every day since then too, that hey, things are going to get worse. And guess what? We’ve all been right about that too. But this isn’t meant to pat ourselves on the back or patronize this poor woman who understand she made a mistake. I think for me, this goes back to what kind of media are you ingesting? Is it only the right wing hacks? Is it only Fox News? Because if it is, then yes, you would be shocked to see what’s happening in our country today. Are you only reading Breitbart, you know, zero hedge daily caller, then yeah, it would probably shock you to step out into the real world and see what’s actually happening. And that’s my advice for people. Broaden the horizons. Right? You might be shocked to learn to things outside your bubble aren’t quite as good as they seem.