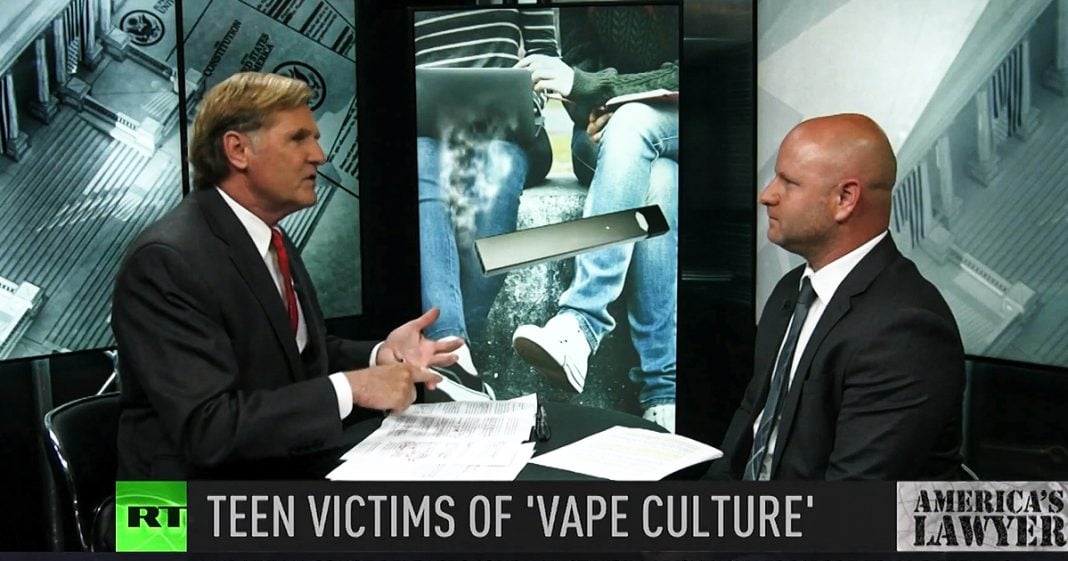 Via America’s Lawyer: Mike Papantonio and Trial Lawyer Magazine editor Farron Cousins discuss the fast-growing health concerns about Juul and other vaping devices. Also, a discussion about about CNN hiring former FBI director Andrew McCabe, which has been met with fierce pushback given his intelligence background. Then, RT correspondent Brigida Santos walks us through the Trump administration’s push to amend the Flores Settlement as a way to keep migrants and their families detained for even longer than the 20 days initially mandated under the act. Plus, legal journalist Mollye Barrows breaks down a Florida case of manslaughter, in which an unarmed black man was shot and killed in a grocery store parking lot.