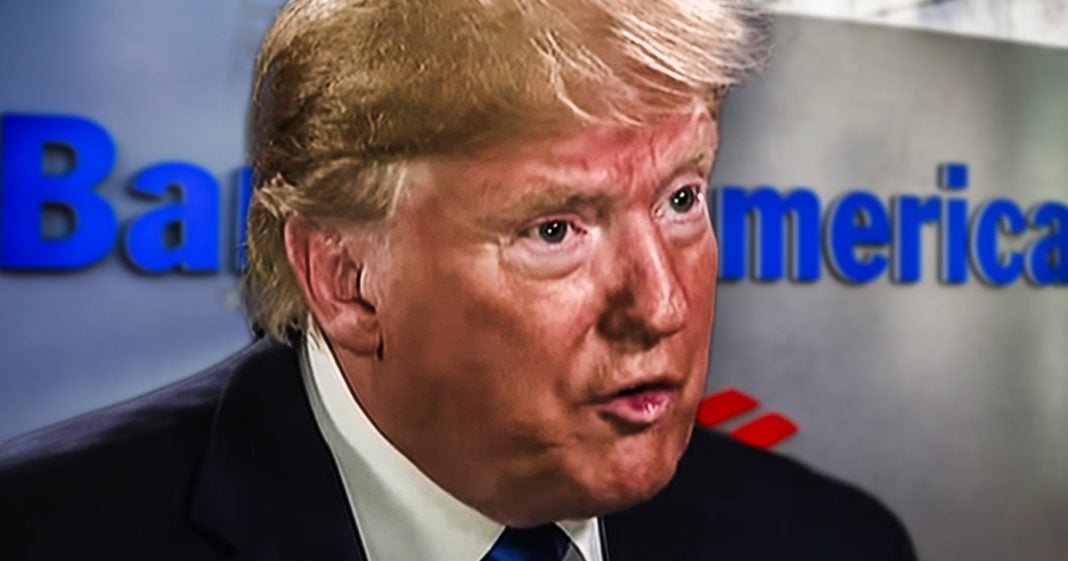 Donald Trump continues to tweet this country into a recession, as the Dow dropped another several hundred points on Tuesday following tweets from the President. Bank of America did the research and is now warning consumers that their 401(k) plans are at risk, and it is all because the President can’t stop tweeting stupid things that tank the markets. Ring of Fire’s Farron Cousins discusses this.

*This transcript was generated by a third-party transcription software company, so please excuse any typos.
Donald Trump is quite literally tweeting us into a recession. Now we have said that before. Other people have said that before. I think there’s been articles titled that in major publications. But yes, the truth is that Donald Trump is tweeting us into a recession. And guess what folks, it’s not just his random tweets occasionally that will send the market spiraling downward for that one day. No, according to a major Wall Street bank, Bank of America Merrill Lynch, they actually did the research. They looked at the, you know, long term effects of Donald Trump’s Twitter habits. And what they found is that on days when Trump tweets more, the stock market in general loses money. It doesn’t have to be a complete tanking. You know, we’re not talking four, five, 600 points in a single day following a tweet. But they did identify a trend. Here’s what it is. Um, there is a nine basis point drag on days where Trump is pounding out tweets fast and furious versus a five basis point tailwind on days where he basically stays off Twitter.
And the days when he tweets a lot. That’s days they counted as 35 tweets or more per day. And the days where he doesn’t tweet very much at all or days when he tweets five or fewer. So if Donald Trump is ever out there and you see he’s on like his 33rd or 34th tweet, you better go ahead and sell off the stocks that you own in your 401k according to Bank of America. And that’s actually why they put out this report because they want people in this country to understand that your 401k, your retirement fund is taking a massive hit because the moron in chief can’t stay off of Twitter saying stupid things. That’s what this boils down to folks. And Yeah, I know Bank of America actually did it to warn their wealthy investors that hey, when he’s on tweet number 34 selloff, get out, get out. But they’re disguising it as, oh you, you poor poor people out here working, but you’ve got a 401k.
Maybe you have a retirement yet you’re losing everything because the president won’t put his phone down for five minutes. I mean, that’s literally what they’re telling us. We are losing our retirement funds because Donald Trump is tweeting us into a recession and he’s tweeting the market into a black hole. That’s how toxic this man is. The man who always tells us how great the economy is doing, how great the stock market’s doing, when he, according to the research, is the one who is single handedly making it tank, and by extension, forcing all of us with a 401k to lose all our money so that we can never have any hope whatsoever of retiring, just basically working until we dropped dead at our desk. That is the Republican way for Americans.