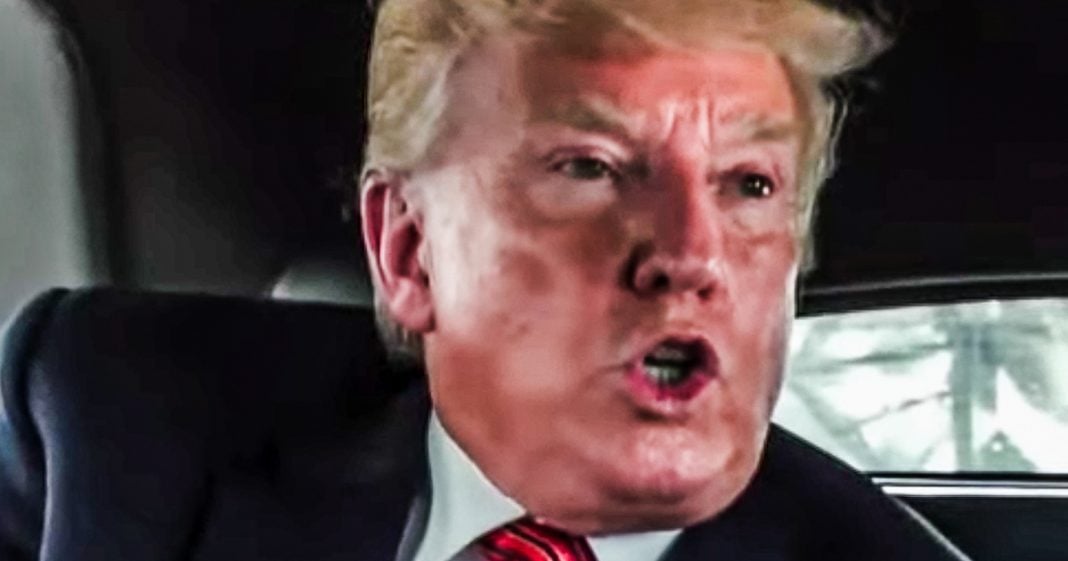 Donald Trump says that he has multiple different lawsuits that have been filed against former staffers because they allegedly violated the non-disclosure agreements that he forced them to sign when they took the job. This move was highly unusual to begin with, and it likely won’t stand up in court due to things like the Presidential Records Act. Ring of Fire’s Farron Cousins explains this.

*This transcript was generated by a third-party transcription software company, so please excuse any typos.
Last week, Donald Trump’s long time personal assistant, Madeleine Westerhout, uh, abruptly resigned and kind of, you know, shocked everybody didn’t see this coming. This woman had been very close to Donald Trump. Her desk was immediately outside of the Oval Office. And of course, there’s also that little claim, uh, shortly after she left that, you know, Trump didn’t really care for Tiffany Trump. She was a little overweight, didn’t like to be pictured with her. And all of this prompted Donald Trump to tweet out the next day that he is in fact suing multiple different former staffers for allegedly violating the nondisclosure agreements that he forced them to sign when they took the job at the White House. One of those people, one that everybody knows is Amarosa. Amarosa has written a book. She kind of told all about everything that happened in the White House. So yes, Donald Trump is suing her because he alleges that, yeah, you violated this nondisclosure agreement.
You weren’t supposed to say a word about what happened in the White House. You did. You’re profiting from it. Clear violation, right? I mean, if this was any other industry, yeah, Donald Trump would have a slam dunk case, but unfortunately there’s different laws governing what happens inside of our federal government. You cannot just force employees to sign a nondisclosure agreement. Then think that you’re going to be able to enforce that if they violate it. And here’s why. We have a little thing called the presidential records act, which basically says that anything that the president says or does gets preserved. So if you are a staffer in that White House and Donald Trump asks you to take down a note, take down a memo, get somebody on the phone, you cannot hide that information from the public indefinitely and you certainly cannot be sued if you release that information regardless of having signed a nondisclosure agreement or not, those records do have to be preserved.
Now, I’m not saying that everything that these staffers have come out and said after leaving the White House is something that would basically be protected under the presidential records act. But there’s other transparency laws that do require that communications be preserved, all kinds of stuff. It all goes to the national archives. It can’t be hidden and it can’t be silenced. But Donald Trump seems to think he can do that. One of the other lawsuits he’s got going on right now, man by the name of a cliff Sims, former White House staffer wrote an article about what’s really happening in the Trump administration shortly after he left. So Trump sued him for violating his nondisclosure agreement. The lower court put it on hold. It is now actually in front of an appeals court to even determine whether or not the case can actually go forward. So that’s actually a pretty big one to watch this case of Cliff Sims.
Uh, because if the appeals court says no, this case can’t go forward, you cannot enforce these nondisclosure agreements against these staffers than oh man does that open up the potential floodgates because if the court say that these NDAs are non enforceable than every single person who’s worked for Donald Trump in this white house suddenly is no longer bound by that nondisclosure agreement. And I’m willing to bet there’s plenty of people who have left this administration who would like to say some things. They’re just afraid of being sued. So this case that’s happening right now with Cliff Sims could be the one that finally breaks the dam.