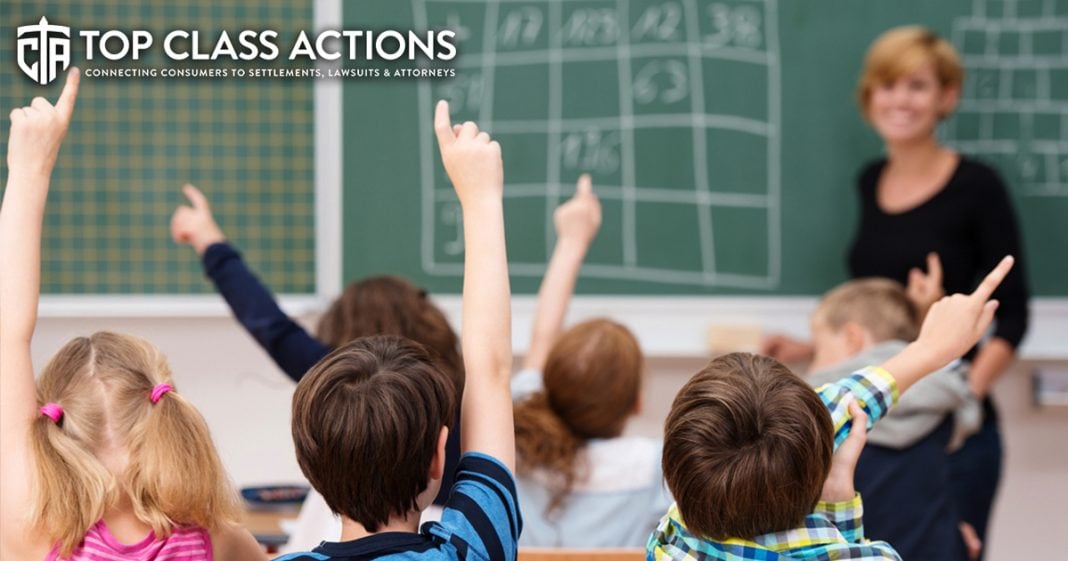 A teacher in South Carolina has filed a class action lawsuit against her school district claiming that she is owed unpaid wages and reimbursement for school supplies that she was forced to purchase. Plaintiff Shannon Burgess says the Cherokee County School District made her work extra hours outside of the border of the normal educational functions and outside of the standard hours of classroom teaching. Ring of Fire’s Farron Cousins discusses this with Scott Hardy from Top Class Actions.

Farron Cousins:                  It’s no real secret that teachers in the United States today are devastatingly underpaid for what they do. And according to a recently filed class action lawsuit, some teachers in this country might actually be doing even more work and not getting paid at all for it on top of having to buy supplies and other goodies for their classrooms. Joining me now to talk about this is Scott Hardy with Top Class Actions. Scott, lay this one out for me because I know right now we’ve got this one plaintiff, but her story, I guarantee you, you could go to almost any school in this country and you’re going to find at least one other teacher that has done this exact same thing. So what’s happening here?

Scott Hardy:                          Exactly. This class action is trying to get teachers compensated for all the time and effort they put in. All of the money they spend on supplies, all of these things that they shouldn’t be required to do. But in this case, we have a teacher in South Carolina and her principal made her do things like, oh, by the way, you have to go ahead and donate a gift basket from your class for the PTO and if you don’t, I’m going to put a little mark on your chart. That’s bad. Oh, and also you need to go ahead and sell food and drinks and beverages at, you know, it could be football games and other things. No, we’re not going to pay you for it. Yes, the school’s going to benefit off of that.

But hey, that’s your job and duty as an employee here. But come on, you know, any other employer knows that if you’re making somebody come in and you’re making somebody work, you have to pay them. If you are making somebody buy supplies they need to do their job, they have to be able to expense that. They can’t pay for this on their own. Teachers are grossly underpaid in this country and we have to take care of them. And so I’m hoping that we’re going to see these types of class actions get filed across the country against schools that are not taking care of their teachers.

Farron Cousins:                  And, you know the federal law as they actually say in this lawsuit. If you’re being forced essentially to volunteer for something for your employer, that doesn’t fit the legal definition at all of a volunteer. Your employer, your boss is making you do something because you’re their employee. That is essentially a mandated from the employer to the employee and therefore, according to federal law, you should be paid for this. I mean, it’s pretty straight forward on that. If you have to go do something because your boss says you have to go do something, that boss has to pay you for those hours, for that time, for whatever it is.

And, you know, this, this is a pretty straightforward case. I mean, obviously court systems are different. Juries may be different, but on the surface, this thing looks like pretty much a slam dunk. I mean, this teacher’s case is absolutely, you know, I, I don’t want to say unloseable, but I would be shocked if this teacher does not prevail in this particular case.

Farron Cousins:                  And I think another thing people need to understand too is that according to statistics, the average teacher in the United States spends upwards of $100 every single month during the school year out of their own pocket on supplies for their classroom. A huge percentage of them have to work second jobs. And of course thanks to the tax cut package of 2017 teachers can no longer write off, I think it’s more than $200 that they spend in school supplies, even though they’re spending close to $900 per year. Prior to that tax cut package, they were allowed to write off all of it. It’s now been reduced to $200.

Scott Hardy:                          Yeah, it really could. If we can get these class actions filed across the country in every state, in every school district where it’s happening, it’s going to be painful for the schools and is going to be painful for the, for the states a bit. But, you know, what’s painful for our teachers out there is that they’re living paycheck to paycheck and they’re being required to spend all of this money on school supplies. As you said, they can’t write it off anymore. They’re required to spend extra time at school and not getting paid for it. You know, we to fix the system to make it fair for these, for these teachers that are working so hard to help our children. That’s, you know, we gotta make it right.