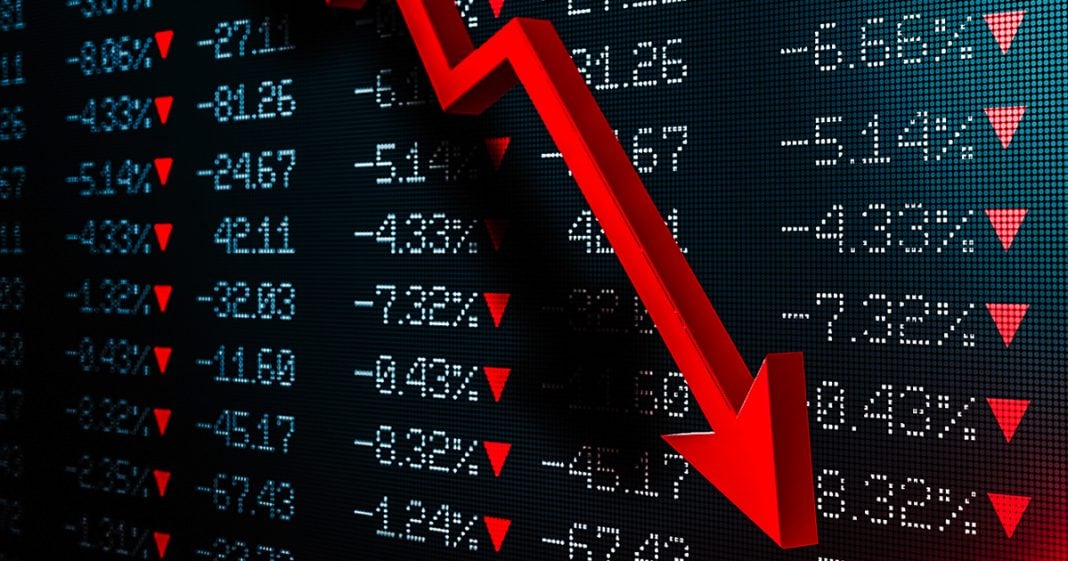 For the month of August, Wall Street insiders have dumped an average of $600 million in stock PER DAY as they see all signs pointing towards a recession. This is bad news for the top 1%, but even worse news for working class people who have their retirement funds tied up in stocks. They could lose everything, and Trump is still out there lying about how great the economy is doing. Ring of Fire’s Farron Cousins discusses this.

For the month of August for every single day. In the month of August, Wall Street insiders dumped more than $600 million worth of stock. Again, that’s not just throughout the entire month of August. That was quite literally the average every single day for the amount of stock that insiders on Wall Street were selling off, dumping, getting rid of, because they see the writing on the wall and the writing on the wall as clear as day. A recession is coming. We got news a Thursday morning that, oops, we have to revise our, our GDP downward for last quarter because we again overestimated it just like we overestimated the jobs numbers for 2018 so they had to revise those downs. Uh, last Friday we got another inverted yield curve. Even worse than the one from two weeks ago, folks, a recession is coming in. This massive stock sell off $600 million a day in the stock market is just the latest proof that this thing is happening and there’s little to be done at this point to stop it.
Now, here’s the thing I have mentioned in the past that hey, who cares if a bunch of rich people lose a lot of money? Right? 80% of stocks in this country are owned by the top 1% and I do not feel sorry in the slightest for any of those people, even if they lose it all, but it’s that 20% that I’m worried about that 20% that’s not in the top 1%. Those are typically people who have retirement funds. You know, they, they get a pension from their company. They, they get a financial advisor that has to do everybody in the company. So basically you just kinda check a box that person goes and they put that money in the stock market. Most of it. And a, those people could lose everything. They could lose all of their retirement funds. I mean, we saw it happen in 2007 in fact, according to CNN earlier this week, uh, this massive stock sell off.
We’re seeing, we haven’t seen anything like this since, you guessed it, 2007 right before the big economic meltdown. And I mean right before, so while some in the past, prior to August had predicted a recession could happen in the next 18 months, that timetable is certainly moved up. It’s very likely that we will be in a recession prior to the 2020 presidential election. It’s likely that we could be in a recession before we even finished the Democratic primaries. At this point, things are getting bad and they’re getting bad fast and as always it’s going to be the middle class and the underclass who suffer. You know, we don’t own a ton of stocks, but a lot of them do have retirement accounts that happen, contain stocks, and if the market continues to tank, those people could lose their retirement. Then once again, we end up with another generation of people having to work until the day they die, but that’s how the system’s designed.
The wealthy people, they’re going to be fine. They’re not going to lose everything. They will be okay. They weathered the last storm just fine and came out even better. Same thing will happen this time. The rest of us, most of us still never recovered from the 2007 recession, and we’re about to head first, uh, go head first into another one here. When we’re already not on stable ground, you know what’s going to happen then that’s going to prolong the recession, possibly lead us into a full blown depression because nothing was done to help the middle class after the last recession. We’re still struggling. We’re still trying to rebuild, and all of that is about to come crashing down once again, because nobody bothered to take care of us.