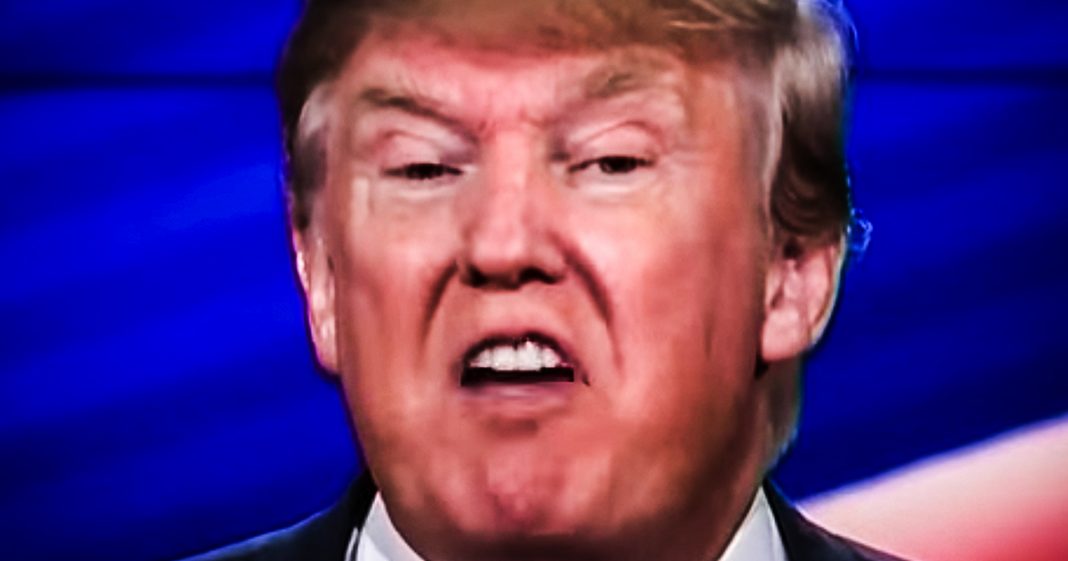 Polling in the single digits in your own party is never a good sign, but when those single digits are still enough to put you in front of an incumbent President, then you’re still in good shape. That’s the news that Democrats, and Trump, received this week with new polling showing that every top Democratic candidate beats Trump in a nationwide race. The President is in big trouble, and he has no idea how to turn it around. Ring of Fire’s Farron Cousins discusses this.

Donald Trump has spent a lot of his time recently complaining about his poll numbers and he should be complaining about his poll numbers except that he blames it on the corporate media. The media is the reason my poll numbers are so bad, not because I’m just a generally unlikeable horrible human being. Well, earlier this week we got some more poll numbers out that might be some of the worst that Donald Trump has ever seen. And these poll numbers show that every major democratic presidential candidate right this second would beat him in a nationwide race. And what’s interesting about that to me is you get two people on this list who pretty much handily defeat Trump at a nationwide race who are still pulling in the single digits in the Democratic primary. So they can’t even get double digit support amongst Democrats. But you put them in a nationwide race and suddenly everybody’s like, Oh, hell yeah, this person is so much better.
Here’s the numbers that Donald Trump should be freaking out about, and I guarantee you he is privately, uh, Joe Biden leads Trump by 16 points among registered voters in nationwide head to heads. Uh, Bernie Sanders leads in by 14, Elizabeth Warren by 12 Camila Harris by 11 and mayor Pete Buddhajudge leads him by 9 points. And Buddha judge, it’s one of those people I mentioned, he is pulling in the single digits. He’s still in, you know, fourth, fifth place or so in the Democratic primary polling in the single digits, but still decent enough in the eyes of the American voters to handle the defeat Donald Trump. Now, as we like to say, and as everybody needs to keep in mind, these polls can and will change if, if Donald Trump himself changes. Now these polls are going to get worse for him if he stays the course. If he decides suddenly he’s gonna become a decent human being, he’s gonna let all the migrants at the southern border go.
He’s going to stop the trade war effective immediately. Maybe these poll numbers go up. If he decides, you know what, the wealthy elite don’t need their tax break, I’m going to take it away from them. I’m going to give it to the middle class and while I’m out on them and go ahead and pass Medicare for all sure. That would make his numbers go way up. But he’s not going to do any of those things. He’s not going to stop insulting members of Congress on Twitter. He’s not going to stop lying to our faces. He’s going to keep doing what he’s doing because that’s the only thing he’s done for his entire life. And it’s all he knows how to do. He’s a piece of crap. Always has been, always will be. So yeah, these polls are gonna Change, but not in the way that Donald Trump wants them to.
And as we continue to barrel towards a recession, they’re probably going to get far, far worse. But same thing could happen on the democratic side, right? Because we can’t discount that either. Democrats are awesome at finding ways to lose elections. I have a feeling as the months tick on Kamala Harris is numbers versus Trump are gonna, you know, start to get a little more even, you know, she’s not going to be beating him by 11 points. Maybe it’ll go down to seven, maybe four, then maybe two within the margin of error there. Same thing with Joe Biden. I think Joe Biden’s will start falling faster than anybody else’s because every time the man gets up there on a debate stage, oops, his numbers drop, the more people see of him, the less they like him, which is why his aides are actually kind of hiding him from the public right now.
So we stopped saying stupid things. I think Buddhajudge has a little bit of staying power. You know, he’s, he’s attracting some, some good old centrists. They seem to like him. He a pretty weak on medicare for all, which has pretty much a deal breaker at this point. But as I again have repeatedly said, I’m in Florida, it’s a swing state. Every vote counts. I’m a vote for whoever the Democratic nominee is. I think Bernie and Warren, their numbers versus Trump are going to go up. They’re getting more popular, they’re getting better, and in the end, this is probably gonna be a two person race between the two of them to see who’s going to be the other one’s vice president. And that’s when these polls are really gonna start to matter. And Trump, if he stays his course is only going to be going down, down, down in the polls. While Bernie and Warren continue to rise.