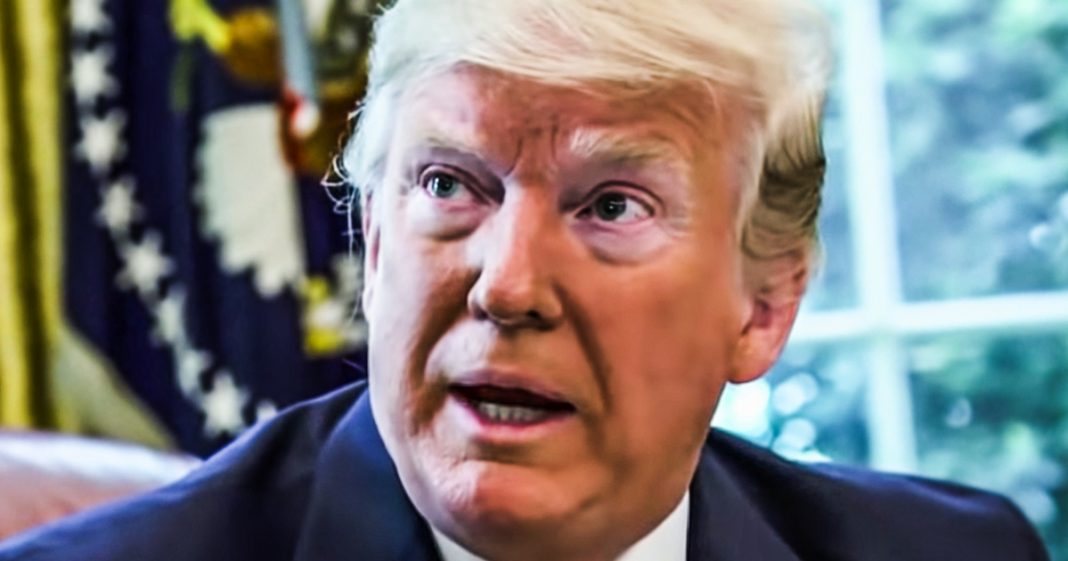 According to new reports, Donald Trump is letting some of his biggest donors have access to top secret government information as part of his President’s Intelligence Advisory Board. In the past, these advisory boards were made up of intelligence experts and people familiar with government operations, but Trump has once again thrown norms out the window to reward people who are loyal to him. Ring of Fire’s Farron Cousins discusses this.

When you think about who you want advising your president on, you know, national security issues, keeping Americans safe, you know, uh, intelligence issues. We’re dealing with other countries. Who Do you want doing that? Do you want career military officials, people who have spent their entire lives working with intelligence? Or do you want some rich billionaire who gave Donald Trump a hundred thousand dollars in 2016 making those decisions? Well, if you’re Donald Trump, the answer’s very clear. You’re going to give those decisions to the guy who gave you a bunch of money and ignore what the actual experts have to say. Most people are not familiar with the president’s intelligence advisory board, but it is a board that has been used for decades by the president of the United States to help him make decisions for national security purpose, intelligence purposes. It’s typically in the past, this has been made up of former military officials, people who know what the hell they’re talking about, and now it’s made up of a couple of those guys.
But most of the people on this presidential advisory panel are just people who gave $100,000 or more to Donald Trump in 2016 he is packing this advisory board with his wealthy donors and they are the people who, one have no idea about national security issues, but two, they’re telling him what to do about it. Oh, and by the way, in order to tell him what to do about it, they have to have access to top secret government files, which they do. So Donald Trump is handing over government secrets to his wealthy donors rather than people who actually have those security clearances. The people who understand what all of this means, they get kind of shoved out the door. And instead of businessman from Dallas, he gets to call the shots. Now, Republicans claim that, oh, well Obama puts some of his donors on there too. You know, people gave him a couple thousand dollars.
Okay. But those people also happen to be former members of the intelligence community. And again, they knew what the hell they were talking about. George W. Bush, same thing. Yeah. Some of those people were as donors, but they were also intelligence officials. Now, I don’t want to sit here and thing, uh, have people think that I am somehow endorsing, you know, our intelligence apparatus and you know, bombing other countries. I’m not in any way, shape or form. But I do think that on matters of national security that affects, you know, our daily lives, whether or not we can continue to live them, I think those decisions need to be made by people who have actually spent their lives working in those fields. Not Somebody who just made a quick billion and decided, you know what? I don’t want to pay more taxes. So I’m going to give Donald Trump some money because that’s what this panel is stacked with now. And again, to make it even scarier, these people who have no business seeing any of this government information now have access to it. So if you two want to get your hands on some government secrets, you know the trick, all you gotta do is raise a ton of money. Write a check over to Donald Trump, and then you too could be the next member of his presidential advisory board.