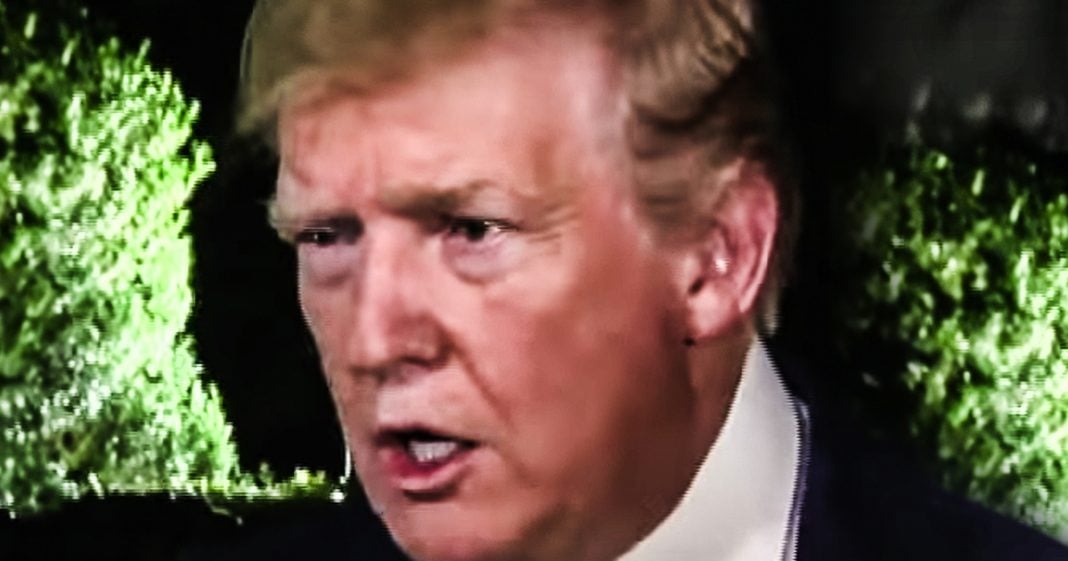 According to reports, Republican Senators are freaking out right now because they believe that Trump is going to end their careers in 2020. Not much attention has been paid to the Senate races happening, but there are far more Republicans up for reelection in 2020 than there are Democrats, so the chance to flip the Senate is certainly there. Ring of Fire’s Farron Cousins discusses this.

Earlier this week, Politico reported that Republican senators are very worried that Donald Trump is going to bring about the end of their political careers. And the way he’s going to do this is by basically speeding us in to a recession. As we’ve uh discussed in the past, the recession was pretty much inevitable because of the way the US economy is built. Workers in this country, the middle-class, the underclass, they do not have enough money. And when they don’t have enough money spending contracts, businesses then have to contract and that can lead to a recession. But that’s the way it’s been designed since the 1980s when we decided to give trickle down economics a try. And even though it failed miserably, we’re still trying to make it work. So yeah, the economy was built to fail. We were going to get into a recession sooner or later. But Trump’s policies are putting us there so much faster.
And that’s what Republicans are worried about because, and this is something that gets missed a lot. There are 23 Republican Senate seats up for election or reelection in 2020 there’s 12 democratic seats. So at this point, we have almost twice as many republicans up for reelection than we do Democrats. So Republicans have a lot to lose. Democrats have the world to gain. And if Trump’s policies, specifically these Republicans, say his trade war puts us into a recession prior to that 2020 election, they’re done. They are toast. And these aren’t, you know, just random US senators. You’ve never heard of these people like Pat Toomey. This is a Ron Johnson, senator, Republican senator from Wisconsin, Joni Ernst, Republican senator from Iowa. You know, all the places where, uh, people are being affected by the trade war. Uh, to me, by the way, is in Pennsylvania, hugely effected by the trade wars and the tariffs.
And they’re looking at this and they’re saying, my God, Mr President, what are you doing? You’re killing my career. You’re killing my constituents. But I don’t care about that. I want them to vote for me. And when they’re, you know, in a bad place, they’re not going to vote to keep me in office. So could you not? Here’s the thing, Donald Trump is solely responsible for the trade war. And you do have a bunch of Republican cheerleaders out there saying, yes, this is the right thing, but they did not get to vote on this. They did not put it in place. Trump did this himself, but as he is a Republican, it is going to be attached to every republican out there as it should be because these people are no different. I don’t think we’d be seeing any different policies if there was a different republican in the White House.
So they all own this. They all own it and they’re going to own it big time. When their headed the polls in 2020 more and more people in this country are waking up to the fact that we are barreling towards a recession and the president is only making it worse. They don’t know what to do. They say, yeah, things are pretty okay right this second. But I’m fearful for the future. I’m fearful for the next year. And when the voters start getting afraid, when the voters start losing everything, they take it out on the incumbent party. And right now that incumbent party happens to be the Republicans. And so these Republican senators have a very clear message for the president. If you keep doing what you’re doing, you’re not only handing the White House to the Democrats in 2020 you’re going to go ahead and hand them the Senate as well. And personally, that is what I hope happens more than anything in 2020.