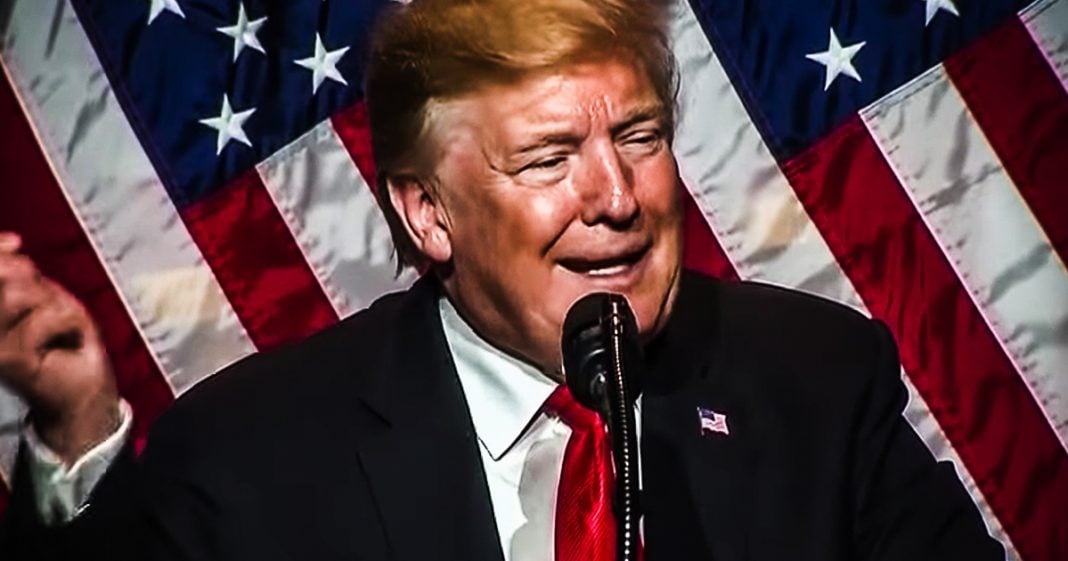 An 11-year veteran at the State Department announced in a recent op-ed that she has had enough of Trump’s behavior and can no longer serve the federal government with him in charge. She went on to warn that she isn’t the only one who feels this way, and that there could easily be a mass exodus of experienced government officials leaving rather than serving under Trump. Ring of Fire’s Farron Cousins discusses this.

Earlier this week, the New York Times published an op-ed by a woman by the name of Bethany Milton. Now, Ms. Milton had recently left her job at the US State Department where she worked on immigration issues. She worked on visa issues, you know, getting people essentially into the United States legally. She had worked with the State Department for 11 years, two of which were under Donald Trump. And as I mentioned, she had left not that long ago. And in her op-ed she explained why after 11 years she decided she wasn’t going to work for the State Department anymore. And she says that it is 100% because of Donald Trump. And she said that the issue that really that kicked her over the edge, the straw that broke the camel’s back as she put it, was watching the Trump rally where the crowd began to chant, send her back, talking about representative Ilhan Omar, send her back. That was enough.

She couldn’t do it anymore. She couldn’t support this administration even though she wasn’t a Trump supporter. You know, she was just the government employee, a high ranking government employee, you know, been there 11 years, was very good at her job because she said I couldn’t, I couldn’t do this anymore. I can’t work for this man. I can’t work for this kind of bigotry that he is allowing in this country. And she walked away and inner op-ed, she explains that she’s not the only one that feels this way. We could be looking very soon at a mass exodus of very experienced, very qualified government officials because of how horrible Donald Trump is. They don’t want to do it anymore. She says they haven’t, you know, taken it as far as she has yet and left the job. But they’re thinking about it. They want to, they just probably want to line up another job before they do this.

But here’s what’s going to happen if this is the case, we have already seen what happens when you put an inexperienced in competent person in charge of the federal government as a whole. And that is Donald Trump. You get what we’ve got today. Housing and urban development, not doing so well under Ben Carson who knows nothing about houses or urban developments. Betsy Devos, who has no business being involved in education, is destroying education here in the United States. Rick Perry, who thought the Department of energy oversaw gas exploration is in charge of our nuclear weapons. This list could go on and on and on. We have a former coal lobbyist running the EPA. These are people who have no business being in these positions, yet they’re running these departments into the ground. The only thing that’s keeping them slightly afloat are those tenured government officials working underneath them, trying to say, hey, we can’t do this right.

We, we, we’ve got to make sure things are okay. We have to follow the law. So what happens when all those people leave? What happens if we get more people like Bethany Milton who just say, I can’t do this anymore? Well then those agencies are going to pack themselves full of little Rick Perry’s and little Ben Carson’s and little Betsy Devos says, people who don’t know how the agencies work, people who don’t care what the laws say, people who will do without question, whatever Donald Trump tells them to do. And at that point, folks, the federal government here in the United States will officially be dead.