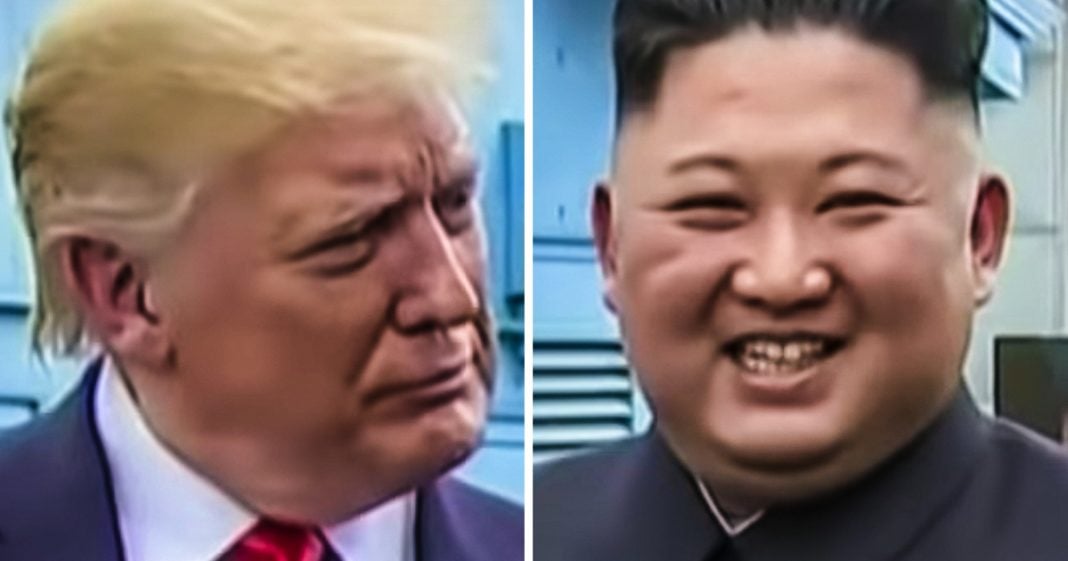 Donald Trump claims that he isn’t “happy” about the recent super large multiple rocket launcher tests that Kim Jong Un has personally been overseeing, but he says that its actually ok because they sent him another nice letter last week. The President is being played and everyone around the globe can see it except for him. Ring of Fire’s Farron Cousins discusses this.