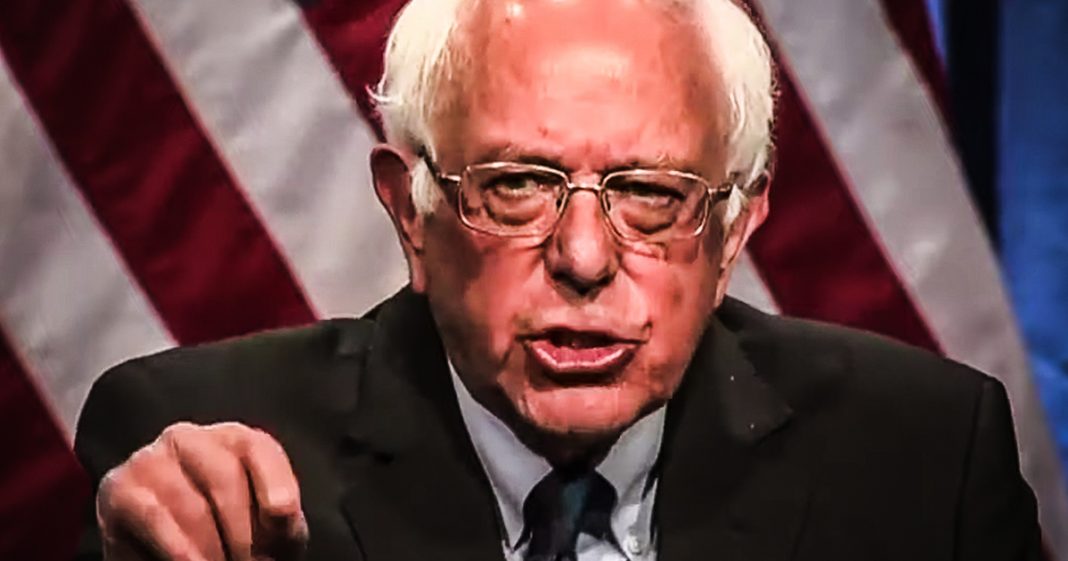 Earlier this week, the Washington Post claimed that Bernie Sanders was being dishonest with his claim that half a million people will go bankrupt each year due to medical bills. WaPo claimed that this fact was not peer-reviewed, even though it actually was. They then tried to backpedal and say that they never said that, but that the paper wasn’t peer-reviewed by normal standards. Forget for a moment that the Washington Post actually reported the same thing earlier this year, their attacks on Bernie have now become a parody of themselves. Ring of Fire’s Farron Cousins discusses this.

The Washington Post is doing whatever they possibly can to try to smear Bernie Sanders and we got very clear evidence of this. We – of that this week showing that this is not a conspiracy theory being pushed by Bernie Sanders. This is not just Bernie Sanders being anti media. No, this is 100% in the Washington Post, flat out lying about the truthfulness of the things that Bernie Sanders has to say earlier this week, Bernie Sanders made this, this statement, 500,000 Americans will go bankrupt this year for medical bills. They didn’t go to Las Vegas and blow their money at a casino. Their crime was that they got sick. How barbaric is a system that says, I’m going to destroy your family’s finances because you had cancer. Now The Washington Post apparently took issue with the fact that Bernie Sanders said, and half a million people are going to go bankrupt because of medical bills this year and they decided to do some digging.
Now before I get into the digging that they did, it’s worth pointing out that just a few months ago, the Washington Post actually ran a headline saying that 530,000 American citizens will go into bankruptcy this year because of medical bills. So this claim that they decided, oh, we better check this out. Their paper had made that claim months ago and that also ties into the fact checking because that same report that the Washington Post used, that was perfectly credible a couple months ago. Suddenly in the fact Checker, a department, that study is no longer credible. So it was credible when the Washington Post reported on it. But when Bernie Sanders decided to say it out loud, nope, suddenly that’s not credible anymore. And Glenn Kessler, the guy that runs the Washington Post fact checking department actually said that, well, the reason I gave him three Pinocchios or a mostly false rating for his very accurate claim was because the original study was an actually peer reviewed.
So okay, then outcomes. The author of the original study man by the name of Dr. David Himmelstein, a professor of public health at a CUNY who said, uh, my, my paper was in fact peer reviewed. Now you Washington Post fact checker are lying about me. Just like you’re lying about Bernie Sanders. I demand you print a retraction to which Glenn Kessler doubled down. He said, why? I never said you weren’t peer reviewed even though he did. Um, I meant you weren’t peer reviewed. Uh, in the same way that like other articles or peer review, your peer review wasn’t as good, I guess as other scientific pa- at this point. Kessler’s just grasping at straws, whatever he can find to be like, no, I didn’t say the thing that I said, I meant that I didn’t like the way that you did. The thing that I said you didn’t even do to begin with.
You’re lying. Glenn Kessler is straight up lying because of some kind of slight he has against Bernie Sanders. Now, could it be that Bernie Sanders called them out for their one sided coverage? So they decided the Washington Post to double down and just give him even more horrible coverage. Because this over the last couple of days, this story has backfired spectacularly for the Washington Post. It is absolutely blown up in their faces and called into question the credibility of their entire fact checking department because they decided to lie because they wanted to hurt Bernie Sanders. That’s what this is about. That is what happened. Bernie Sanders told the truth and if anything, he low balled the number a little bit. Cause the original study said roughly 530,000 Americans go into bankruptcy every year because of medical debt. Bernie only said 500,000 so he low balled it by about 30,000 but even that, according to the Washington Post, was mostly false because of reasons that they created. That actually turned out in the end to be the mostly false statement. Bernie is right, Washington Post is wrong and they still refuse to apologize or issue a retraction even though they blatantly lied about his claim.