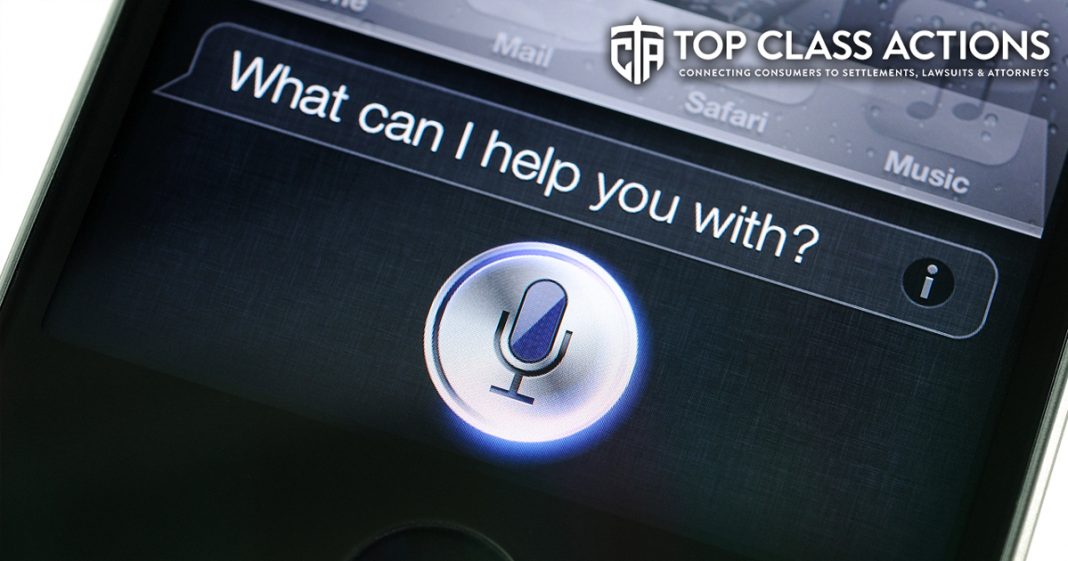 An Apple customer has filed a class action lawsuit against the phone giant for allegedly recording customers without their knowledge or consent via their “Siri” application. The plaintiff asserts that these recordings took place even when they did not use a “wake phrase,” one of the phrases that Apple tells customers will activate Siri to begin listening to conversations and take commands. Ring of Fire’s Farron Cousins discusses this with Scott Hardy from Top Class Actions.

Farron Cousins:                  Lots of people in the United States today, well, to be more honest, lots of people across the planet today are a little bit leery of how fast technology and social media have basically captured every part of our lives. And their biggest concern is the fact that their privacy rights are being violated on a near constant basis. Well, as it turns out, Apple might be violating our rights to privacy a little bit more than even we had thought. And joining me now to talk about what’s happening is Scott Hardy with Top Class Actions.

And Scott, everybody with an iPhone right now has, has Siri on it. You know, you can ask her a question, you have the wake word or the wake button, you ask her helpful questions, sometimes she can answer it. But according to a new lawsuit, she is actually recording people even without them waking up this process and, and that’s just a new level of creepy that I didn’t think we were going to hit with these tech companies.

Scott Hardy:                          Right, you know, we were expecting to kind of see this because everybody has those stories of, they were just talking with their friend about backpacking to China and then all of a sudden they see ads about backpacking to China on their phone. So we know it’s, our phones are listening, doing some things. But this is the, one of the first whistleblower lawsuits where contractors for Apple actually came forward and said, yeah, I sit there, I get paid to listen to these, listen to Siri. And the premise is that Apple is paying these folks to see how well Siri is working. How will it’s actually identifying, you know, when you try to wake Siri up and that kind of thing.

But these contractors who are listening to you when you’re on your iPhone have heard very intimate moments. Oh, along with drug deals that took place and other things that have nothing to do with us going, hey Siri, and trying to get things done. It’s, it’s a very interesting class action because we know that our phones are listening. But as the discovery goes through with this class action, we’ll be very curious to see exactly how much she is listening to us and what is she capturing and recording and how bad is it from a privacy perspective.

Farron Cousins:                  You know it, it’s one thing when people understand that yes, if I say, hey Siri, or if I call out for Alexa or say, hey Google, we know those devices because they, they clearly tell us that when you do that, whatever you say is recorded. In fact, a lot of times you can actually go back and listen to the recording that it made of you if you need to do so. But what we don’t want is for these devices to be listening on their own. We have essentially as a culture here in the United States, because of all these wonderful technological advancements, we have essentially bugged our own homes.

You know, with, with the cameras that we’re putting there on top of the floodlights, the, the doorbell cameras now. Alexa’s and Google devices and Siri devices. We have bugged our own homes and a lot of us didn’t even realize that we were doing this.

In this case, Apple, you know, we’ve got all of our phones that are recording this data. What is Apple doing with it and are they using this data properly? And in this case, there’s the, you know, the class action alleges that they’re breaking California law by having these recordings without being prompted. So we’re going to have all these companies have to learn and adapt to these privacy laws and new privacy laws continue to roll out as we continue to give away our own rights by buying all of these devices that are on and listening and watching all the time.

Farron Cousins:                  Right. And the disappointing part of it too, is that these devices are very, very helpful. You know, the, the cameras provide this, this wonderful service for us. Instead of having to get a very expensive security system, then you have to pay the monthly fee and all of that. You can buy these cameras that are a lot cheaper and they stay connected and you could check it from your phone if you go out of town or get a notification in the middle of the day that the mail man walked up to your house, they’re very helpful and they can help keep you safe.

All we’re asking as consumers with either that or our Alexa’s or Google home devices is if I’m not talking to you, could you please not record me because I never signed up for that and likely would have reconsidered your product if I would’ve known this would have happened. And I think that’s going to be a major point brought up in these law suits. And I also predict it’s probably going to extend far beyond Apple in the very near future too.