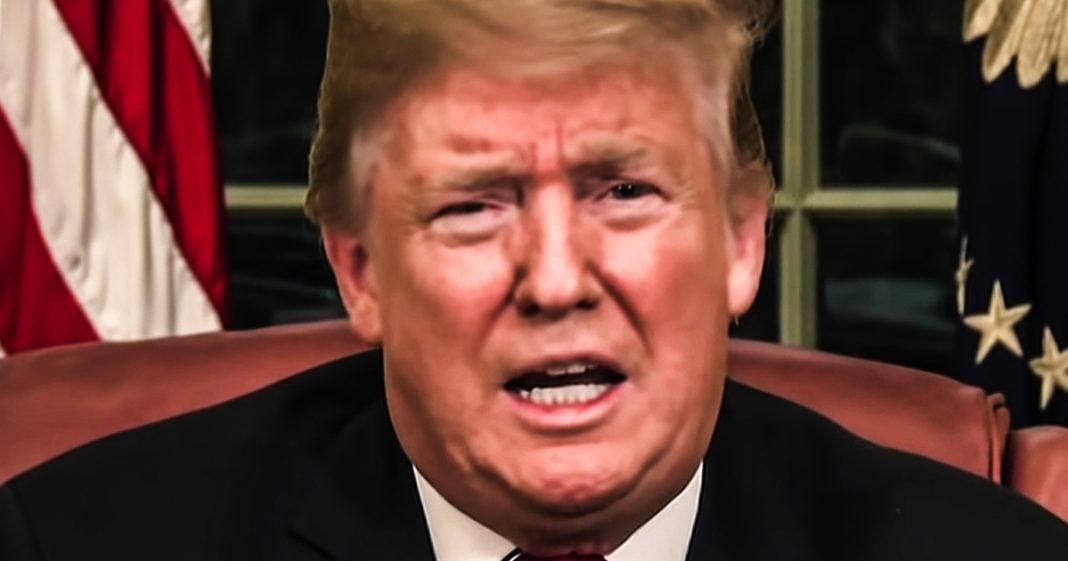 Donald Trump’s administration is once again flouting the law in order to appease their base. The administration has now ended birthright citizenship to children born overseas to members of the military and US officials stationed outside the country. These children, under law, are US citizens, but not in the eyes of the Trump administration, and they will now have to go through the standard immigration process and apply for citizenship. Ring of Fire’s Farron Cousins discusses this.

Well, the Trump administration is doing exactly what everybody predicted they would do, and now they’re trying to strip the citizenship rights of actual US citizens. And they’re doing this by attacking birthright citizenship for US soldiers and government officials stationed overseas under the previous rule. Uh, the Immigration and Nationality Act 320, uh, if a US service member who was stationed overseas, if they had a child, that child was automatically a US citizen. Same for any kind of US diplomat or any US government official working overseas. You have a baby that babe, is automatically a US citizen, and they are considered, even though they’re living abroad, to be living on US soil. That even went
for troops and government officials who were not full US citizens yet. And those are the people who are now being punished and their children will not be considered United States citizens because their parents are not US citizens. Even though their parents are serving the US government serving in the US military, risking their lives for this country and this country is now rewarded them by saying, yeah, your kid’s not a citizen. Not Anymore. Not as of yesterday when we announced this new rule.
this is by far one of, and I swear to God, I have to say this once a week because it just gets worse. But this is by far one of the most disgusting things this administration has done. We are literally talking about people who, yeah, they’re in the process of going through the citizenship, uh, process. I guess they have a kid overseas because they’re over there fighting our un-winnable wars. You know, they’re fighting for more oil. They’re fighting for our defense contractors. They’re putting their lives on the line. Should there, people in the United States can make hundreds of millions of dollars. I would think that that child that they have should at the very least become an automatic US citizen. But no, under the new rule, these people, these children will now have to apply for citizenship. They’ll have to be brought over to the United States by a green card carrying parent. And if the parent does not yet have a green card, they better find somebody who does or up to their kids now not allowed to even come in the country.
that’s a heartless and disgusting and despicable. This administration is, and this move is 100% to appease Donald Trump’s rabid anti immigrant base. And this is just the start. Donald Trump for a very long time now has been talking about ending birthright citizenship all together, okay? And this is the first step. This is not the only step. This is the first step. Do not be surprised if this finally does extend to US citizen service members overseas. And they say, well, sorry. Even though you are a US citizen, your kid was born over in Germany so that kid’s German. Don’t bring them over here. It’ll happen if we allow this to continue to escalate. The only, the only hope we have right now is the court system because this is very clearly and very obviously a violation of the Immigration and Nationality Act. And so any, you know, reasonable court in this country would absolutely strike this rule down and say, no, the president cannot just circumvent laws. Unfortunately, we’re running out of reasonable judges here in the United States because Donald Trump has appointed over 100 of them to courts all across this country. So I don’t know if this will get overturned because he’s done such a magnificent job of stacking the courts that he really has essentially become a dictator here in the United States.