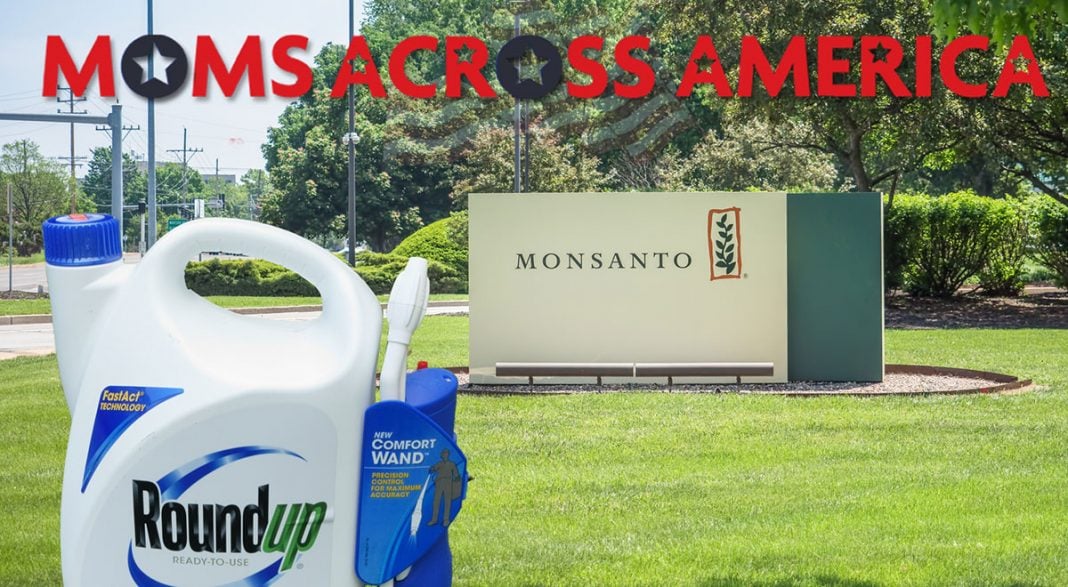 Recently released emails dating from 2013 reveal that former Monsanto executive Dr. Daniel Goldstein wanted to “beat the s**t” out of a group of activist moms who were urging the company to stop selling the glyphosate-containing herbicide Roundup.

The emails surfaced during a pre-trial proceeding in a current cancer lawsuit and were originally shared with  New Food Economy by the plaintiff’s counsel. They were part of an exchange between Goldstein and two outside consultants who had been hired to help Monsanto in crafting a response to an open letter to the company.

The letter in question,  posted on the website of Moms Across America, politely – but firmly – asked then-CEO Hugh Grant and the board to recall Roundup and all GMO products “…until the consumption and long-term use of such products are proven safe.” The letter explains the harmful effects of GMO products, including autism, infertility, and other problems, calling upon the people at Monsanto to think of their own children.

Those women may as well have been appealing to a rock. Instead of responding to their concerns, Goldstein wrote to the consultants: “I have been arguing for a week to beat the s**t out of them…we don’t want to be seen as beating up on mothers…it has to be done by third parties.”

One of those consultants, biostitute Bruce Chassy, who was a professor of “food science” at the University of Illinois at the time, agreed with Goldstein. The other, crop “scientist” Wayne Parrot of the University of Georgia, did not – but warned Goldstein that if Monsanto didn’t fight back, it would be tantamount to admitting liability.

Meanwhile, Chassy suggested that Monsanto go after organic food producers, claiming that they had “paid for and wrote that letter” (it had actually been written by the executive director of Moms Across America, Zen Honeycutt).

Upon finding out about the emails, Ken Cook, president of the Environmental Working Group, commented, “These ugly emails reveal the utter contempt that Monsanto has for public health and for consumers, including mothers who only want to protect their kids’ health.” He added, “Bayer is reeling from its monumental blunder of buying Monsanto, and these emails should remind them that they acquired the company that gave us DDT, Agent Orange and PCBs.”

For that matter, let us not forget Bayer’s own checkered past, almost eight decades ago. Whether it is karma from those days or Bayer’s own hubris and avarice or some combination of both, that particular corporate “person” is suffering mightily, today – as well it should.

The architect of Bayer’s takeover of Monsanto had a duty to shareholders to thoroughly understand what kind of stepchild they would be getting. Today, the company’s value is less than it cost to acquire Monsanto, and investors are on the verge of rebellion. Bayer is under relentless attacks in the court, having lost the opening battle and two more besides. This most recent skeleton to emerge from a Monsanto closet does not bode well for Bayer’s future prospects in court.

To paraphrase an infamous line from the 1956 Charlton Heston film, The Ten Commandments. “Your [executives’] tongue(s) shall dig your grave, Monsanto.”