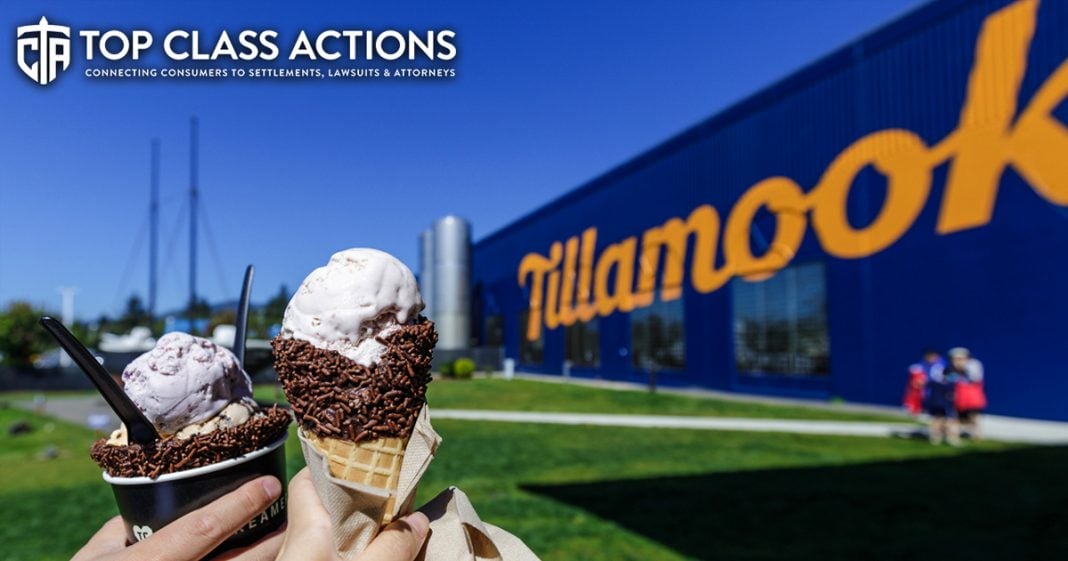 A class action lawsuit says Tillamook falsely advertises its dairy products as being sourced from small family farms, when actually Tillamook gets the majority of its milk from the largest industrialized factory farm in the nation. Customers say they purchased Tillamook dairy products from multiple retailers because they saw advertising around Tillamook’s dairy sourcing, and believed that the products were made from milk sourced from traditional, “pasture-based farms in Tillamook County, Oregon.” Ring of Fire’s Farron Cousins discusses this with Scott Hardy from Top Class Actions.

Farron Cousins:                  In recent years, more and more media attention has been paid towards factory farms. There have been documentaries, there has been news reports on this, massive studies and investigations and so consumers rightfully so want to avoid factory farms whenever possible. And as such, we’re seeing more and more companies now advertising their products as not being from factory farms. They’re organic, locally sourced, small happy farms, but as is often in the case, that’s not always the case.

Joining me now to talk about this is Scott Hardy from Top Class Actions and Scott, in this particular instance, we have Tillamook, a company that makes dairy products and I’ve seen their commercials plenty of times saying, listen, we’re all locally sourced farms. You know, sustainable, happy green farms and according to the latest lawsuit, that’s not actually what’s happening with this company, is it?

Scott Hardy:                          That’s right. You know, we see the same commercials on TV. You think that you’re, you’re going through a premium supplier, they’re one of the, the top tiers you can buy at your local grocery store. But in fact, according to this class action that wasn’t just filed by a couple of peoples but was filed in conjunction with the Animal League Defense Fund, these cows are not living happily on the green hills that they show in their commercials. In fact, it is the nation’s largest dairy farm on a large concrete lot. These, these cows, there are 70,000 cows there. 32,000 of those cows are dairy cows and they sit there, they get the cows pregnant, they take away the babies, they keep milking those cows.

They’re not living this life of luxury that we are led to believe according to the Animal Defense League Fund, which is why this class action was filed. Because consumers, as you said, we’re happy to pay extra if we think the animals are getting treated better and we’re getting a premium product. We didn’t think that this is just some large factory where these cows are, are, are not being treated any better than any other manufacturer out there.

Farron Cousins:                  Right, and this is an advertising point for these companies. They’re, they’re trying to woo people over to them by saying, we’re not doing the same thing as some of those other big, you know, faceless dairy conglomerates out there. We’re better than that and because of that, you should buy our products. You know, it’s one thing if they just happen to say every now, oh yeah, yeah, I think we’re sustainable. We don’t know. But when it’s basically your biggest selling point, then you’re definitely going to run into issues here because you are essentially duping consumers into believing something that is simply not true.

Scott Hardy:                          Right, exactly. According to the Animal Defense League Fund, it says, they say, consumers care about animals. That’s why they are increasingly seeking out products that cause less animal suffering. This is according to the executive director Stephen Wells. He says, Tillamook is exploiting consumers desire to treat animals better by misleading people about how its cows are kept. This violates the public’s trust and violates the law.

Farron Cousins:                  So when they’re talking about violating the public trust here, which is something you and I talk about pretty much with all of the products that we discuss here, what they’re saying is you have made it a practice to be deceitful essentially. And again, this is something you and I talk about all the time and it never ceases to amaze me the level of deceitfulness and the wide variety of different industries and companies where we see this. You know, we, we’ve run the gamut here.

We, we’ve covered drug companies, we’ve covered, you know, ticketing companies, food companies of every shape and size throughout this country. And it always seems to come back down to the same play of how can we convince consumers to spend more money on us even if it means being a little dishonest in the process. It’s always the same story with, with all of these companies that we have to talk about here.

Scott Hardy:                          Right, exactly. Because, sorry, Tillamook may have started out that way. It might’ve started out with a, as a small company that had just those little dairy farms, but now obviously it’s grown into a huge corporation, and so now only a small percentage of the milk used in these cheeses are actually from those happy farms that we see in their commercials. The vast majority is coming from this large industrial farm, which is why this lawsuit was filed.

Farron Cousins:                  For more information about this particular issue, please follow the link in the description of this video, head over to Top Class Actions and while you’re there make sure you sign up for their weekly newsletter. Scott Hardy with Top Class Actions. Thank you very much for talking with me today.