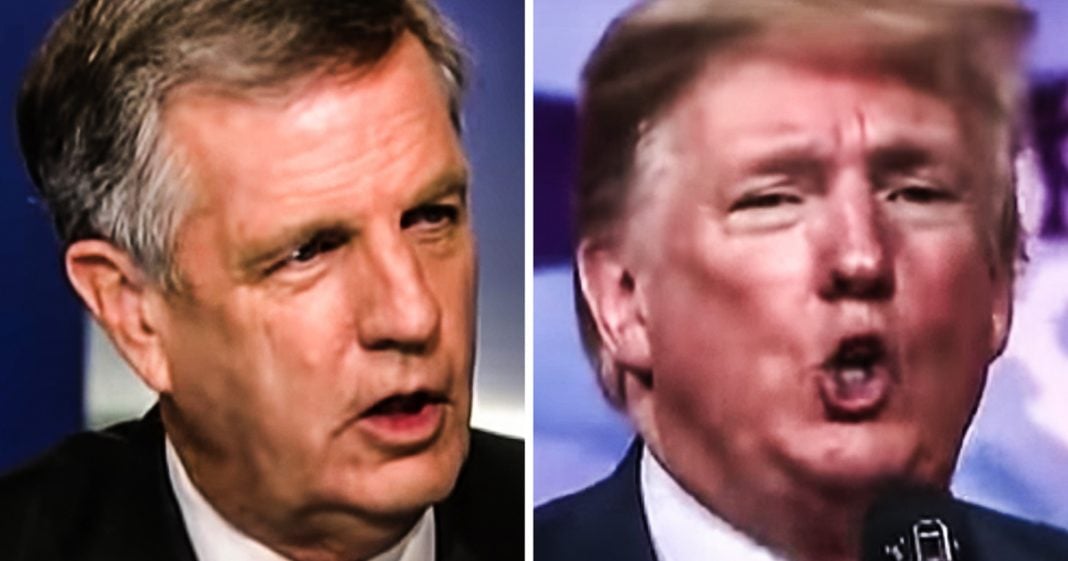 Fox News hosts aren’t happy with Donald Trump’s latest attacks on the network where he demanded loyalty from the on-air personalities, and several of them have lashed out at Trump letting him know that they do NOT work for him. Could this fight finally wake up more of the on-air hosts, or will those who dare question the president be shown the exit? Ring of Fire’s Farron Cousins discusses this.

Donald Trump officially admitted on Twitter that he believes Fox News is supposed to work for him. In a series of tweets. Yesterday, Donald Trump threw another hissy fit where he was mad about Fox News, hiring some Democrats occasionally not being as horrible as he thinks they should be to democrats and of course for mentioning some of the bad things he has done as president of the United States. So here is a a selection from this multi tweet Tantrum that the president suffered yesterday. Just watch that Fox News heavily promoting the Democrats through their DNC communications director spewing out whatever she wanted with zero pushback by anchored at Sandra Smith Fox. Terrible considering that Fox couldn’t even land a debate. The Dems give them nothing. CNN and MSNBC are all in for the open border socialists or beyond. Fox hires give Hillary the questions. Donna Brazil, Juan Williams and low rating, Shep Smith, hopeless and clueless.
They should go all the way left and I will still find a way to win. That’s what I do. I win too bad fox is letting millions of great people down and we need to start looking for a new news outlet because Fox News isn’t working for us any more. Now, the president has been going on and on about Fox News for a couple of weeks now ever since their poll came out showing that, oops, he can’t win the presidential election if it were held today, but this latest attack that we’ve got to go somewhere else because they are not working for us anymore. That statement finally sent several Fox News personalities over the edge and they lashed out back at him on Twitter. Brit Hume tweeted out, Fox News isn’t supposed to work for you. Guy Benson basically said the same thing. He said, we don’t work for you. And then, um, you had Howard Kurtz who said, uh, our job is to cover both sides.
So that was a little bit more mild. But I think it’s a good thing that these Fox News on air personalities are finally willing to say, listen guy, we don’t work for you if you do something bad. Guess what? We kind of have to talk about it. If the Democrats do something good. We also kind of have to talk about that, that that’s our job. Now, some of these hosts did go on and explain an interview. Is that, yeah. You know, we’ve got the opinion side of Fox News, Your Fox and friends, your Hannity’s, your Tucker Carlson’s and Laura Ingram’s, and then you’ve got the actual people who talk about the news, Your Brit Humes, your Shep Smiths, people like that. And a Trump really hates the people who talk about the news. He only likes the people who talk about opinion because opinion can be way off the mark, not even based anywhere near reality.
And that’s where you have to be in order to praise Donald Trump. And that’s why he likes them. When you’re talking about facts and figures and statistics and polls and what’s really happening in the country. Yeah. Suddenly all of that’s not very flattering to the president and so he gets angry. And he thinks something has changed at Fox News. In fact, according to a daily beast report from about a month or two ago, Trump has been kind of grilling Sean Hannity asking him what the Hell is going on at Fox News? Well I can go ahead and answer that for you, Mr President. Cause I know Sean Hannity is not going to give you an honest answer. He never does. The truth is that you’ve become so horrible and so extreme and so fringe and so crazy that even this network is having trouble falling in line for you anymore. They’re running out of excuses, they’re running out of ways to cover for you and it’s only going to get worse. The crazier you get.