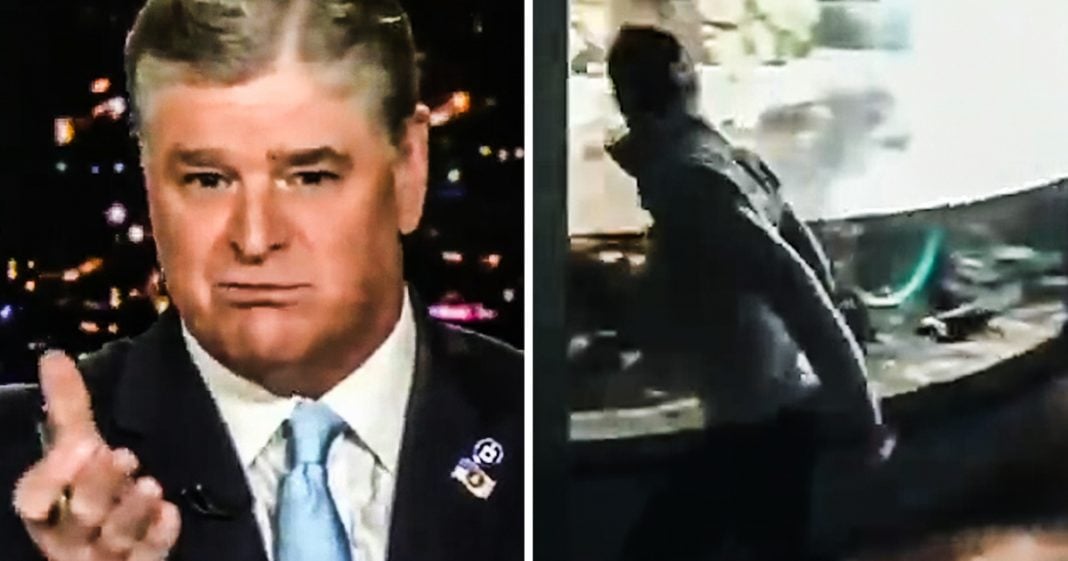 Sean Hannity seems like the kind of person who hasn’t genuinely smiled from happiness in years, probably since before Obama took office. And on Tuesday evening, he seemed confused and unhappy about Democrats sharing happy, fun videos of themselves on social media. These actions confuse Hannity, who apparently forfeit his humanity long ago. Ring of Fire’s Farron Cousins discusses this.

Fox News host, Sean Hannity, seems like the kind of person who hasn’t been genuinely happy probably in decades. I mean, I’m willing to bet that the last time Sean Hannity had a good belly laugh out of pure joy was probably long before Barack Obama ever became president of the United States. And that is why Sean Hannity seems perplexed by the fact that other human beings are out there doing fun things and enjoying their lives and engaging in regular human being activity. Because Sean Hannity forfeit his humanity long ago or Tuesday evening. Hannity seemed very confused about both the representative Alexandria Ocasio-Cortez and presidential candidate Beto O’Rourke posting videos on social media of them doing just human things. Take a look.

Sean Hannity:               We all know that congresswoman Alexandria Ocasio-Cortez gets a lot of attention for posting her pointless videos like one right there and she’s making friends with a penguin. So nice. Naturally, well, Bozo O’Rourke, he’s trying to emulate her success with pointless videos of his own. And here he is making a cheeseburger on an English muffin. Wow. That’ll get you to the nomination.

Now, I know a Hannity tried to make a joke there by calling him Bozo O’Rourke, right, man, that’s got to sting, Huh? And then he went back to calling him Beto and, but here’s the thing, the AOC video of her with the Penguin, that was fun. That was cute. And it shows that these people are still also human beings, that they haven’t lost their sense of humanity, that they are in effect still one of us. They know how to laugh. They know how to have fun, they know how to good, have a good time, and they know that it’s okay to sometimes make yourself part of the joke to do something silly for the amusement, enjoy of other people. Beto’s video there where he’s making a burger. What? What’s wrong with that? I’m sure he does think probably it’ll help his, his campaign a little bit.

But so what? It also shows the human side of these people and that’s what we as American voters need to see. Now, I have no intention of ever voting for Beto O’Rourke. In fact, by the time my state even gets to their primary, I’m willing to bet better works. Not even going to be on the ballot anymore, but nonetheless, watching these people be human beings showing that they have not forgotten who they are and what they are is a good thing. But not to Sean Hannity, because long ago Sean Hannity forfeit and gave up who he was as a human being and sold his soul to his corporate masters over at Fox News. There is no joy in that man’s life, and that is why he likes to tear down others who are having fun because man hasn’t had fun in so long. He doesn’t remember what it even feels like. He is a miserably weak and pathetic human being because he has completely forgotten how to actually be a human being.