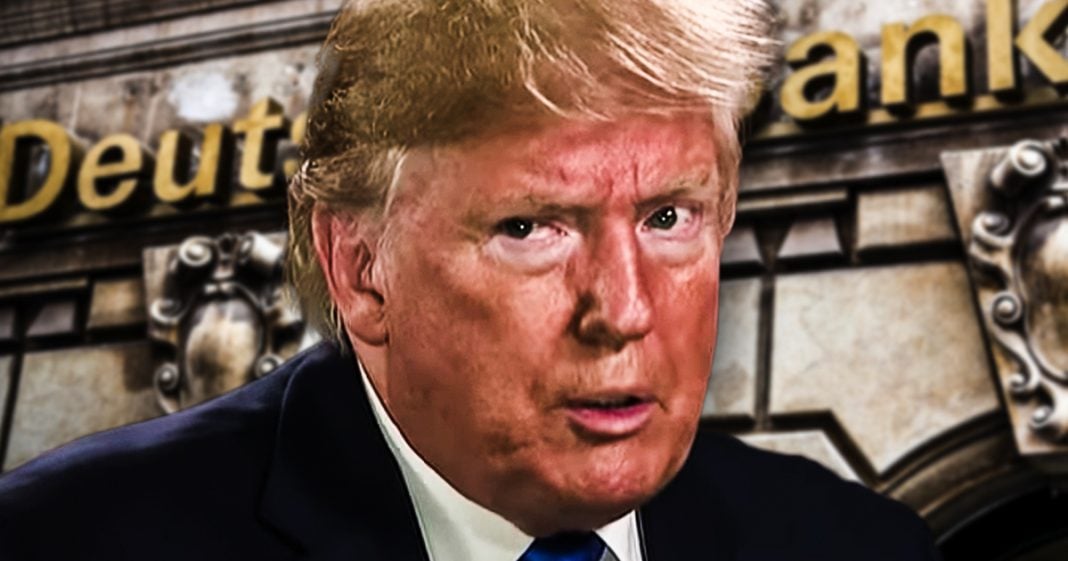 Officials at Deutsche Bank have said that they have Donald Trump’s tax returns and they are absolutely ready to hand them over to House Democrats in order to comply with subpoenas. The only thing holding them up at this point is the court system, but that may not hold for very much longer. Ring of Fire’s Farron Cousins explains what’s happening.

Yesterday, we learned that Deutsche Bank actually has Donald Trump’s tax returns and they are 100% ready to hand those tax returns over to house Democrats who subpoenaed the bank for any and all records that they had related to Donald Trump. And we know this to be true because this is what Deutsche Bank told a federal judge yesterday. They said, look, we want to comply with this subpoena. Obviously the Trump administration does not want us to, that’s why we’re in court today. But uh, but we’ve got all this info ready to go, including his tax returns. And, uh, if you give us the, go ahead here, judge, we’re going to go ahead and hand that information over to the Democrats because we want to be a good little bank and comply with this subpoena. Now it’s not completely known what is in these documents that Deutsche Bank really seems desperate to hand over to house Democrats.

But we do know a few things. First and foremost, we know that, uh, Donald Trump is massively in debt. We also know that Deutsche Bank gave him tons of loans that for some reason or another have lots of Russian co-signers. So the, uh, you know, people obsessed with Russia probably gonna obsess a little bit about this and rightfully so, because that’s very odd that an American businessman and alleged billionaire would need to go over to Russia and find some oligarchies willing to co-sign on a loan with him. That kind of seems like the thing that House Democrats would probably want to investigate. And again, rightfully so, because that’s just a little bit out of the ordinary. But the bottom line is that the Trump administration is going to continue fighting this. We know that they’re going to keep going out there and saying, Democrats have no legal right to this because it’s not related to any legislation.

And that is a lazy and faulty argument. That’s not how it works. These committees, some of the committees, the ones who have subpoenaed these documents, they actually do the ways and means committee. They have the authority and ability to get the tax return of any person in the United States, including the president of the United States, for whatever reason they want. In fact, they don’t even have to give a reason. So the Trump administration has no legal argument to make, and that’s likely why they continue to lose on this issue. And they will continue to lose unless, of course, this makes it all the way to the Supreme Court where Donald Trump’s handpicked cronies will likely try to protect him. But if a judge were to issue an immediate release of these documents, and then the Trump administration tries to file to get that stopped, and the judge says, nope, they can have it until the court case continues, then yeah, the Democrats can get these. The likelihood of that is roughly 1% but I guess at this point, that’s better than nothing. Right.