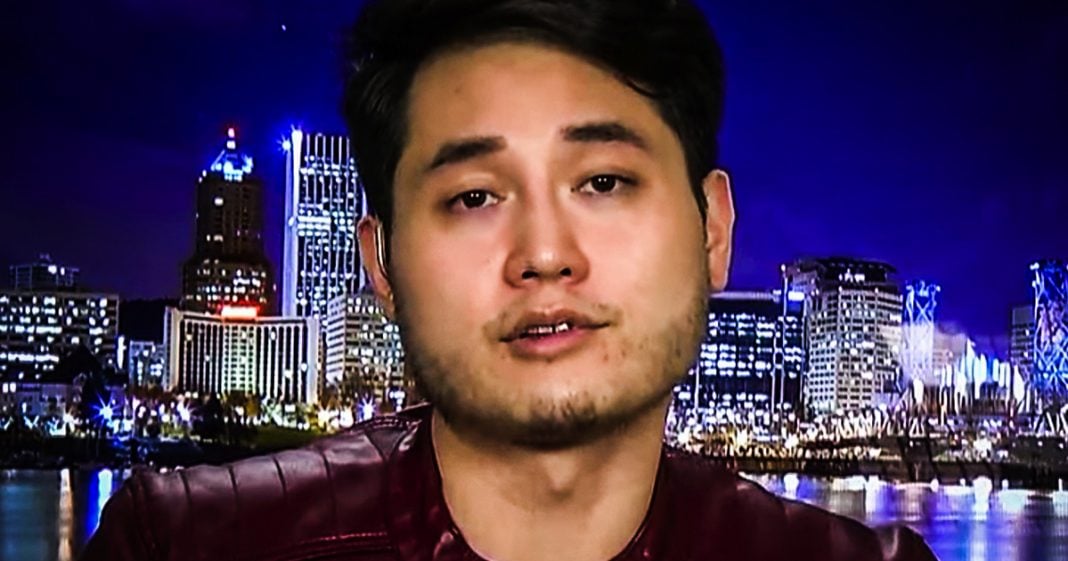 Video has emerged showing right wing reporter Andy Ngo talking with members of the Patriot Prayer group prior to a rally in May. Patriot Prayer members were intent on starting a fight with members of Antifa, yet Andy conveniently left that out of all of his reporting on the issue. He has made a name for himself as the guy who “exposes” Antifa’s violence, but this single video just cost him his job and any credibility he may have had. Ring of Fire’s Farron Cousins discusses this.