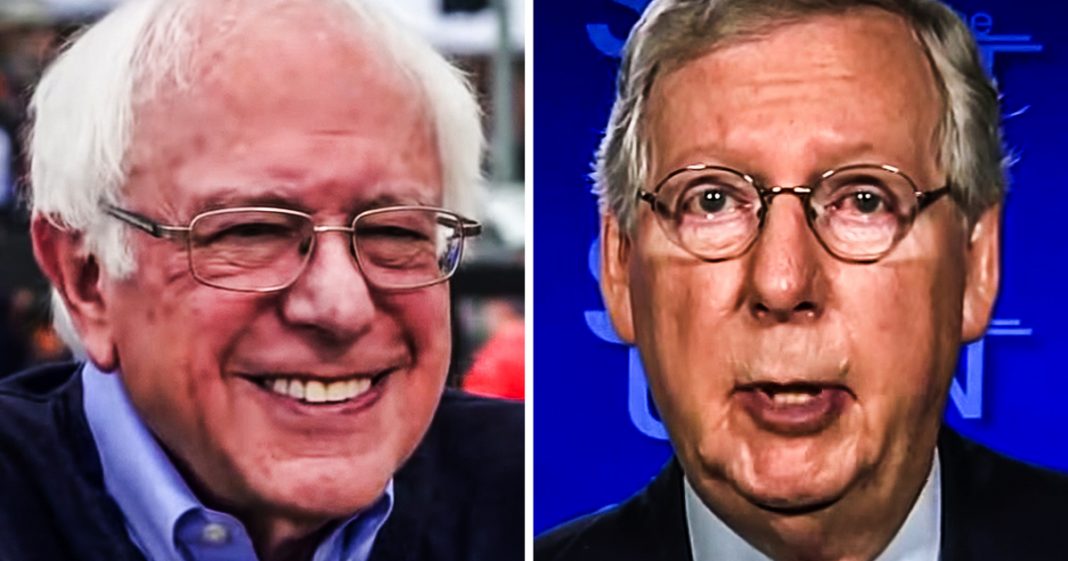 Bernie Sanders has had enough of Mitch McConnell’s obstruction, and he called out the Senate Majority Leader by saying that he needs to find the courage to bring Democratic bills up for a debate in the Senate. Bernie’s point is that McConnell is so afraid that he won’t even DEBATE Democratic bills, let alone bring them before the full chamber for a vote. Ring of Fire’s Farron Cousins discusses this.